Schwarzenegger has found the best argument against deniers

For decades, the IPCC panel and thousands of others were trying to find an argument against carbon dioxide, a nutrient vital for life. The efforts haven't led anywhere so far.

Finally, in December 2015, one of the greatest minds of the global warming movement Arnold Schwarzenegger has found the best argument yet. His argument is a variation of the Monty Hall Problem but he had to simplify a little bit (by eliminating the numbers, such as 1/2 and 1/3, and all other features requiring IQ above 70) in order to make it accessible to his Facebook followers:


I don’t give a **** if we agree about climate change.
An essay by Arnold Schwarzenegger

I want you to pick a door to open, and enter the room and shut the door behind you. You have to stay in the room you choose for one hour. You cannot turn off the engine. You do not get a gas mask.

I'm guessing you chose the Door Number Two, with the electric car, right?


Well, if there were only two doors, I would choose Door Number One because I know that they sent me to a room because I am a "denier" so they will surely attach me to the energy system of either car equally tightly.

And I know what happens when you connect your body to the 240-volt voltage of a Tesla. A Norfolk Virginia Tesla charging station employee has made this experiment in August 2015 and believe me, it was the last thing he has tested. Well, it was his decision to work and possibly sacrifice his life for Tesla.

But there is also the Door Number Three, the Russian door discussed 3 paragraphs below, and this would be my best choice.

At any rate, you can see that Arnold's argument is really deep and clever. There is now a 97% consensus among the warriors against global warming that it is the best argument against carbon dioxide they could have constructed since 1824 when Joseph Fourier has invented the greenhouse effect. The Independent calls the argument foolproof; for Think Progress, it is Republican-proof; Alphr says that it's hard to argue with; Observer mentions that Arnold ordered the deniers to shut up; and Liberals Unite describe it as Arnold's one pro-life question.


You must agree that Arnold has displayed his natural intelligence. But he could have only seen this far because he was standing on the shoulders of giants. His direct ancestors have used exactly the same argument – gas chambers – against the Jews in the early 1940s except that Zyklon B produced by I.G. Farben was used instead of the petrol exhausts.


Schwarzenegger realizes that last time his family has applied this argument, it didn't quite lead to the victory. In early 1945, the Red Army entered Auschwitz and defeated the guards of the Monty Hall Problem doors over there, some of whom were named Schwarzenegger, while Dresden was flattened and turned into a piece of DDR. But Arnold hopes that this time, he will be more successful than his ancestors and role models were in 1945.

But maybe after the defeat, he should be a little bit less ambitious when it comes to the same policies that his greater country was unsuccessfully pursuing 75 years ago? More seriously, I find something like that incredible. This guy has been the governor of California. Some 30 years ago, I could have believed that he was not a complete and hopeless idiot but I was so incredibly wrong. The value of Arnold Schwarzenegger clearly matches the price of pork of the same weight. (Just to be sure, you shouldn't eat meat, he tells you, too.) 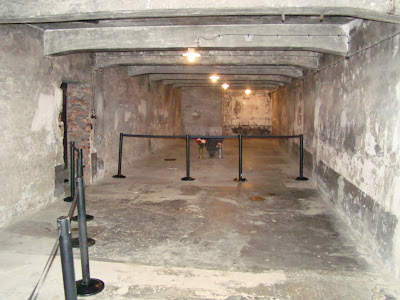 A diagram of Schwarzenegger's Monty Hall final solution to the global warming problem.

And it's not just him. If and when someone – including your humble correspondent or some of you – says or writes something that is over the edge and that can't be justified by defensible arguments, other people try to calm down the person who overshot. But when Arnold Schwarzenegger used gas chambers as an "argument" against those who realize that his beliefs about the climate reflect his mental deficiency and corruption rather than scientific facts, tons of writers in influential newspapers applaud him. And tons of his Facebook followers, including Mark Zuckerberg, "like" the gas chamber proposal.

What sort of an amazing aßhole this Zuckerberg must be, too. These fanatics will create the same repressive system as the Nazis as soon as they are given the opportunity. At least, I appreciate that Zuckerberg teaches quantum mechanics to his baby. One month is a good age to start with that. ;-)

Fossil fuels are a wonderful battery that Nature has left for us. The battery's relative importance arguably decreases as people are improving alternative sources of energy. But it's obvious that for decades if not centuries to come, the fossil fuel battery will be one of the cheapest and most practical sources of energy and at least the easily accessible fossil fuel batteries will almost certainly be fully exploited by some humans – especially because they have almost no disadvantages.

You don't need to understand or agree with these elementary facts, Mr Schwarzenegger. You may try to revive dreams about gas chambers for the politically incorrect people and races but you won't change the intrinsic rationality of most humans – and human societies – because you're just a stupid obnoxious Terminator, not a Dictator, and your alarmist Facebook fans are just a bunch of Nazi simpletons who are tolerated in a society that hasn't belonged to them since 1945. 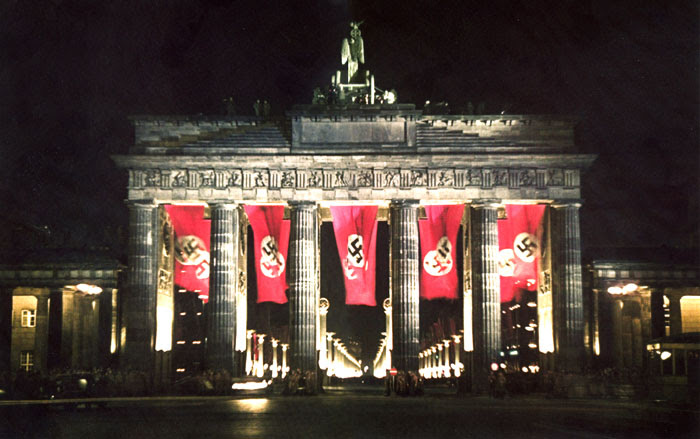 The Führator offers you Door Number Two, too

But everyone has his own choices. If these fanatics choose violence, they will indeed have to be connected to the wires in a Tesla car – not because they have wrong opinions but because they will have committed criminal acts.
Luboš Motl v 8:43 AM
Share