Sometimes I look at some "other" Stack Exchanges such as math, history, and linguistics. An hour ago, I was stunned by some incredible answers to a rather simple question about the history:


What did the Romans call black people (sub-Saharan)?

What did the Romans call black people (sub-Saharan)? In classic Latin as well as vulgar latin and slang. That is, what we today call PoC, blacks, n-word etc, depending on context.


In my earlier answers on similar questions,

What are some examples of racism in pre-modern literature?
How did people categorize each other in the middle ages, how did racism work?

I expressed the opinion that neither Romans nor Greeks nor Jews (of the time when the Bible was written) had words to designate races. Race is a modern invention. I challenged anyone to find a counterexample. No counterexample was ever shown to me. People were described by their country of origin, religion, ethnicity, but not by race. From the ancient literature we cannot even make a conclusion of the skin color of various personages. Was the Queen of Sheba who visited Solomon black? How about personages of Heliodorus's Aethyopica? Who of them was black?

Besides Scipio Africanus, there was an emperor Gaius Pescennius Niger Iustus, a 100% Italian, of a noble Roman family. Of course in Latin "niger" means "black". But this had nothing to do with race.


Wow, so this thinker "believes" that ancient Greeks and Romans couldn't recognize races, something that every 2-year-old kid from any ethnic group and any historical epoch may demonstrably do. What is his evidence? He doesn't know the race of several historical figures; and he can find a white whose name is Black (Shirley Temple Black would be a Czech's example). Impressive evidence, indeed. ;-)


Eremenko's idea about the race-free Roman Empire is clearly complete nonsense. All the ancient nations were intensely aware of races and they greatly cared about races – and they could racially recognize smaller portions of the mankind. Let me just copy my answer here:

But the other answer isn't right when it says that the word Aithiops had no meaning except for the land of "Ethiopia". Instead, the word is a combination created from αἴθω ‎(aíthō, “burn”) + ὤψ ‎(ṓps, “face”). 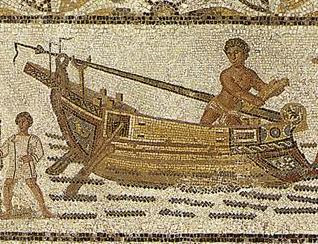 The idea that old nations didn't recognize races is absolutely preposterous from a historical viewpoint. On the contrary, it's just the last 30 years when it became fashionable for some people to deny races and their importance. This denial has absolutely no precedent in any historical epoch.

The original meaning of Aethiops was purely racial. This is demonstrated by dozens of proverbs and important texts. For example, the Bible's Jeremiah 13:23


which is currently translated as


Can the Ethiopian change his skin, or leopard its spots?


That's the modern translation despite the fact that the context makes it very clear that by definition, "Aethiops" was someone defined by having a dark skin. For thousands of years, "whitening the Aethiops" was considered the #1 idiom for "doing an impossible thing". One can't whiten a black because blacks are defined by their not being white.

Well, at those old times, it was pretty much guaranteed that a person coming from non-Roman Africa had black skin. That's why the straightforward "logical" connection between these two characteristics was basically correct - more accurate than it is today. But they were aware of both and for obvious reasons, the skin color is more important for the empirical categorization of a human than his (hypothetical) country of origin.
Luboš Motl v 1:43 PM
Share