Is supersymmetry in the same situation as Chelsea and Manchester United?

Robert Matthews is a bachelor of physics, a chartered physicist, a computer science professor of a sort, and a science journalist. His most famous work in science, a paper on chaotic encryption algorithms, was published in the late 1980s. 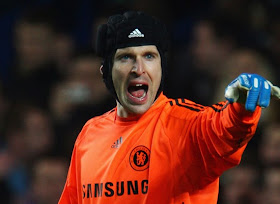 Years ago, his name has repeatedly appeared on this blog. He was the science hater par excellence in 2006 and became a prominent Nude Socialist Popperazzo in 2008. For more than 7 years, we were fortunate not to see this jerk often but he's back – with a somewhat comical anti-physics text.

His rant about supersymmetry is actually mostly about soccer – and a photograph of soccer players introduces it.


More precisely, yesterday, "The National" daily in the United Arab Emirates has published his rant titled


Time to relegate the Theory of Everything?


His main point is that much like Chelsea and Manchester United, supersymmetry should be "relegated" because "it hasn't scored goals at the LHC" so far. (Except for some so far inconclusive hints, neither has any other BSM theory, but that's a broader point he wants to overlook.) His statistical analyses (which are by the way similar to the stuff in many of his would-be serious papers!) "prove" that it's time to suck the managers of two famous British soccer clubs, Chelsea and Manchester United, and do the same with supersymmetry.


He calls supersymmetry "a theory of everything" in the title as well as the main text which is stupid, of course. Supersymmetry isn't really a "theory". It's a principle, a symmetry that a theory may or may not respect, and minimum theories that respect supersymmetry are not theories of everything by any stretch of imagination. They may be viewed as relatively modest and natural extensions of the Standard Model – although (depending on our ambitions) the extension may be considered spectacularly revolutionary, too.

But I don't want to talk about theoretical physics – which is clearly out of Matthews' league so he simply can't write anything accurate about it.

I want to mention how utterly irrational the broader reasoning of Robert Matthews is. His article claims that the validity of supersymmetry is basically an isomorphic problem to the right choice of the managers of the two British soccer teams; and as guesses to identify serial killers, too. ;-) Now, what do you have to smoke to think that Chelsea is the "same thing" as supersymmetry?

These questions are in no way similar or analogous and there's no reason why the answers to questions about them should be similar or the same. Despite the years of Matthews' and other crackpots' hatred and doomsaying, competent theoretical physicists still consider supersymmetry to be the #1 principle underlying theories of new physics among those that have a reasonable chance to emerge in the ongoing experiments. This is not some opinion defended by old dinosaurs who are fading away. Half a generation if not a whole generation of new physicists has entered physics since the first anti-physics articles written by Robert Matthews and the biggest fraction of them, if not a majority, agrees with the positive appraisal of supersymmetry. Can't the Popperazzi simply admit that they have been mistaken and their negative speculations have been proven wrong? Can't they just finally shut up?

But a problem is that not only Matthews' claims about supersymmetry are totally stupid; and his claims that "it's the same thing" as Chelsea and Manchester United are childishly idiotic. I think that his opinions about the sports are dumb, too.

I guess that most TRF don't follow the Premier League, the top British soccer league and one of the most watched soccer leagues in the world. So let me mention that in 2014-2015, the top four teams were:


Manchester United ended up as the 4th team in the previous season, it's on the 5th place now. A time to sack the manager or coach or someone else? Well, there can't be any easy answer. Coaches are sacked when some or many important people or fans just get dissatisfied. But in some cases, the new coach doesn't bring any improvement. Should Manchester United be really dissatisfied?

Chelsea won the 2014-2015 season and it's on the 14th place right now. They showed a string of lost matches, including 7 losses at outside stadiums in a row. Does this string of 7 losses imply that they will lose again? Well, we already have an answer. Today, a day after Matthews published his rant, the "real Chelsea" has convincingly defeated Crystal Palace, now the team #7, 3-to-0. It's the first victory under the new-old interim manager Guus Hiddink who was hired on December 19th. So the extrapolation obviously doesn't work. Matthews has implicitly made a wrong bet on Chelsea.

In the 20th round, Manchester United has violated Matthews' implicit prediction, too. An eight-match waiting for a straight victory ended with their fresh defeat of Old Trafford Swansea. Manchester City won, too. Perhaps more interestingly, Arsenal defeated Newcastle, 1-to-0.

Now, as the current table indicates, Arsenal seems to be playing better than Chelsea, the defender of the title. Is supersymmetry at the LHC the reason, as Robert Matthews indicates? Well, many (not only) Czech soccer fans could present a competing theory that is arguably more viable.

Legendary Czech goalie Petr Čech (his name means Peter Czech in Czech but we pronounce the surname as "Chekh") was named the man of the Arsenal-Newcastle match yesterday by numerous soccer experts. You know, it could be Petr Čech and not supersymmetry that is making the key difference.

Just to be sure, between 2004 and 2015, for more than a decade, Petr Čech was the goalie of Chelsea. In the last year or two (I don't follow the sports news too carefully – and I have intensely lost the floorball match today although we won last Sunday – but some of you do), Čech had to compete with another stellar goalie in Chelsea, Thibaut Courtois, partly because of a previous injury of Čech.

Now, who is the goalie of Arsenal, the current leader of the Premier League? Well, yes, it is Petr Čech – who is also the Czech National Team's goalie. He finally decided that it wasn't right for him to leave or be the #2 permanently so he has signed a £10 million four-year contract with Arsenal. Arsenal just happens to be the #1 team now, like Chelsea in some previous years. Maybe those changes of the goalies have been more important for the current relative failures of Chelsea and the successes of Arsenal than Matthews' speculations about managers let alone supersymmetry and serial murder suspects! ;-)

I am really baffled by the exhibitionism of the people like Matthews. They are clearly obsessed about writing on topics they absolutely misunderstand – like particle physics and soccer. When such rants appear in the United Arab Emirates, we may be worried that the wealthy Arabs may think that all the Europeans are imbeciles. I kindly ask them not to overgeneralize. Thank you very much.
Luboš Motl v 9:08 PM
Share