On Friday, we had a fun exchange with Eclectikus about the Einstein-Rosen paper submitted to Physical Review in Summer 1936 that argued that gravitational waves didn't exist (and was rejected). Eclectikus linked to this one-page PDF file about the history of the 1936 paper. 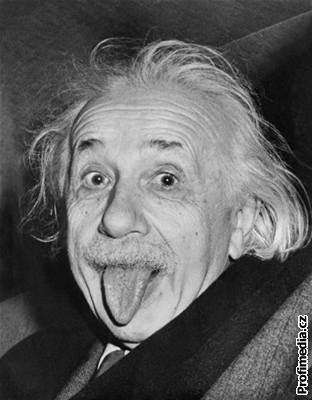 This wrong claim by Einstein and his young collaborator should be kept in mind when people repeat the slogan that "Einstein was right again". The journalists have used this sentence in their titles many times (check e.g. this search query); that's how the average people (whose knowledge of physics and the history of physics reduces to a superficial Einsteinian cult) like to think. You don't need to talk just about journalists. The most average among the U.S. citizens, Barack Obama, has copied the same phrase, Einstein was right!, on Twitter.


The story is much more subtle. After a decade of struggles, Einstein found the correct relativistic theory of gravity, the general theory of relativity. It may be derived from the principle of least action, basically from the assumption \(\delta S=0\), \(S\sim \int R\). These symbols are pretty much enough to derive all the detailed facts about our curved spacetime and its manifestations – the gravitational phenomena.


And yes, Einstein was a good enough practician so that he could derive many of the conclusions of GR – the Newtonian limit, Mercury's perihelion precession, the bending of light in the gravitational field, and a few other things. (However, the exact field of the spherical massive body was left to Schwarzschild – Einstein believed it wouldn't be possible to find an analytic solution; similarly, the cosmological solutions were found by others, too.)

In 1916, he derived the wave equation as the linearization of Einstein's equations in the empty space. He just ignored the nonlinear (self-interacting) corrections that GR adds – which was a very sensible thing to do because the nonlinear terms are really, really tiny.

In Summer 1936, Albert Einstein and Nathan Rosen submitted the paper to Physical Review that argued that the gravitational waves didn't exist. Einstein was obsessed by the idea that the nonlinear corrections were very important and actually debunk many conclusions you could draw from the linearized, Newton-like equations.

This is a philosophy of a sort and if you're sloppy enough, this philosophy may lead you to correct or wrong technical statements. In Einstein's case, the claims were wrong. I think it is fair to say that this very philosophy was bad. Consistent theories – and GR is a good example – must allow some kind of expansions in situations when some quantities, e.g. \(h_{\mu\nu}\), are tiny. When solutions of the linearized equations exist, there should exist similar solutions of the exact equations, too.

Einstein and Rosen have submitted three papers to the Physical Review – a journal led by John Torrance Tate (1889-1950) who turned it into the most important journal in physics (he was the boss up to his death). One was the Einstein-Podolsky-Rosen (fundamentally wrong but interesting) 1935 paper on entanglement; and the other one was the Einstein-Rosen bridge. These two papers were accepted almost immediately. (No one has known up to very recently that ER and EPR were dual to each other, as Maldacena and Susskind determined.)

The paper claiming to debunk gravitational waves was rejected. I've read a very interesting presentation "Who's afraid of the referee" that makes it almost certain that the referee was Howard Percy Robertson, an American cosmologist and commenter on the uncertainty principle, see also Physics Today 2005 and Astronomy.com 2016. (Two alternative candidates for the referees were Robert Oppenheimer and Richard Tolman.)

This story was Einstein's first encounter with the anonymous peer review – and it didn't end up well for Einstein. Einstein and Rosen were informed about the criticism by the referee. Einstein and Rosen would have to interact with the anonymous referee before the paper could become publishable. Einstein's reaction to the concept of anonymous peer review was rather sharp. Here is my approximate translation of the original letter written in German:


Hi Tate, I didn't give you a permission to show our paper to specialists before the paper is published. At any rate, your nameless expert is a stupid aßhole and I won't bother talking to it. Instead, we will submit the paper to a much better journal that doesn't harass the authors, The Journal of the Franklin Institute, where one doesn't have to deal with aßholes. Nathan Rosen gave me a permission to speak on his behalf. He's so good that he was allowed to arrive to the Soviet Union now, to the country of the famous Joseph Stalin. So, Tate, just f*ck off. Cheers, Albert


And indeed, Einstein has never submitted a paper to the Physical Review again. Note that Physical Review indeed became vastly more famous and credible than the Journal of the Franklin Institute and the extra quality filter – the anonymous peer-review system – was an important mechanism that allowed Tate's journal to accumulate credibility. This peer review system didn't care about Einstein's authority.

This particular story shows the peer review as a great, victorious paradigm – a mechanism that was able to block the publication of wrong answers despite Albert Einstein's signature under the wrong claims. But the peer review is only as good as the peers. Tate was a sensible guy and was picking very competent referees. But you may easily imagine a journal that sends Einstein's papers to some people who are not his peers at all (think about the "100 Aryan physicists against Einstein" in Nazi Germany) – and such thought experiments would easily show that the "peer review" of a certain kind may be a very stupid idea as well.

The presentation I mentioned contains a rather detailed timeline and says what various people were doing in Summer 1936 – Einstein, Rosen, Infeld, Born, Tate, Robertson, and others.

The wrong Einstein-Rosen argument – both authors were eventually persuaded that their argument was wrong within a year or so – tried to unmask a new problem with the nonlinear terms. (When the paper was being published in the Journal of the Franklin Institute, it already contained the opposite answer – the gravitational waves exist and the metric they constructed is sometimes called the Einstein-Rosen metric, a different one than the bridge. In all versions of these papers, Einstein and Rosen used cylindrical coordinates.) One must realize that the gravitational field is self-interacting because the equations are nonlinear. It means that it "sources itself". The gravitational wave curves the space around itself because it carries mass/energy by itself, and all mass-energy curves the space around it much like a star does.

For this reason, it's problematic to consider an infinite gravitational plane wave. Its total mass would be infinite. Even if you considered a finite wave packet truncated in the direction of motion, the infinite plane wave would behave as a domain wall with an infinite total mass. Domain walls with nonzero mass density are a problem in GR – the codimension, one, is too low. At any rate, it's right to ignore these problems because the plane waves are just idealizations that may be used to construct finite wave packets.

Einstein's and Rosen's wrong paper thought to have found "a deeper problem" with the gravitational waves because they looked unstable and some solution didn't exist at all. However, this conclusion only arose because Einstein and Rosen basically demanded singular coordinates to be used. In those coordinates, no smooth solution existed. But as soon as one makes a less harmful gauge choice, the smooth "gravitational wave" solution becomes allowed. Wrong coordinates are the technical reason behind many beginners' wrong claims about GR – e.g. many wrong claims about the physics of black holes. Einstein and Rosen were still GR beginners in 1936. Their claim about the non-existence of the gravitational waves was technically an artifact of a coordinate singularity, an injury they imposed on themselves.

The loop quantum gravity and other non-stringy people making bizarre, mysterious claims about the "game-changing" abilities of the nonperturbative physics of gravity usually don't explicitly say that they don't believe in gravitational waves. But they really should admit that they are uncertain because just like Einstein and Rosen in 1936, they basically assume that the nonperturbative physics is capable of invalidating any conclusion of the linearized of perturbative analysis. For this reason, they should say that they don't know whether gravitational waves exist according to the exact, nonperturbative theory of quantum gravity. Maybe some of them do.

The reasoning of proper physicists – including Einstein in 1916-1918 and string theorists since 1968 – is very different. When some terms are parameterically suppressed and therefore negligible, the approximate simplified equations have to be trustworthy up to some extent. And if they led to bad outcomes (e.g. nonrenormalizability of perturbative GR), it would be a problem for the full theory, too.

BTW Sean Carroll wrote a blog post about this 1936 story in 2005. The first commenter "LM" talks about your humble correspondent but I honestly don't have a clue what story about "LM and coordinates" he or she is referring to. Have I ever made a mistake that was as stupid as Einstein's? ;-) I must have done it but I have probably forgotten about it.
Luboš Motl v 8:10 PM
Share