Does the Moon cause more rain?

The Telegraph (via Stack Exchange) promotes a provoking paper


by Kohyama and Wallace (University of Washington) in Geophysical Research Letters. 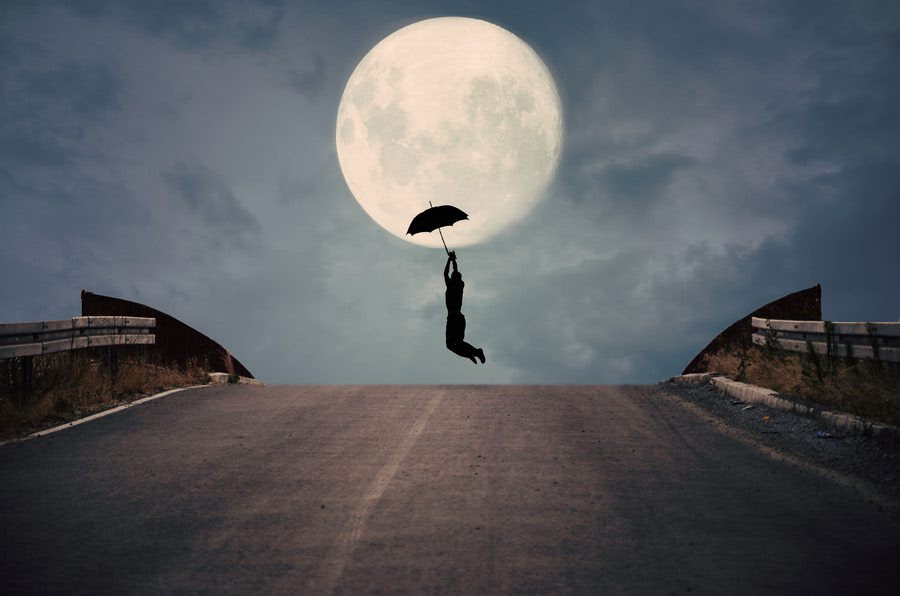 
They claim to have both theoretical evidence and experimental evidence. When they look at some eight-times-a-day precipitation data, they find out that the average precipitation rate is statistically significantly higher if the Moon is overhead or underfoot (e.g. overhead for the person on the opposite point of the Earth from you). If you see the Moon that is very high, don't forget an umbrella. ;-)


The theoretical mechanism involves tidal forces – the inhomogeneities of the Moon's gravitational field at different places of the Earth. The tidal forces are known to increase or decrease the sea level in some 12-hour cycles. Can the same forces affect the weather?

Qualitatively, it's obvious that the effect exists – in the same sense in which the greenhouse effect exists. But is it strong enough to be observable in the data?

When it comes to the oceans, the tidal forces basically change the equipotential surfaces. A sphere gets deformed to an ellipsoid of a sort. But locally, the sea level changes just by one meter or so. So shouldn't the atmospheric pressure change just by the amount that corresponds to the change of altitude by 1 meter? And after all, shouldn't the whole atmosphere just move by this one meter and remain "internally" unchanged?

The atmospheric pressure drops by 100% or so at the height of 10 km or so, so 1 meter is just 1/10,000 of the pressure. Shouldn't the pressure change at most by 10 pascals? How could this tiny change have observable consequences for the relative humidity and precipitation rate? Or do I have to consider separate profiles for the water molecules and other air molecules? Am I making a mistake?

If you have an interesting comment or an authoritative answer, I am curiously waiting for it.

Especially if it's really observable, this is a fun effect. One may perhaps improve the weather forecasts by adding this "detail" which is almost certainly neglected at this point (I believe that the weather models don't care about the Moon). And if the Moon is getting closer to the Earth, it means that the variations in the precipitation are getting more intense, and vice versa.