The former president of Harvard (from "my years" over there) Larry Summers wants to ban all banknotes that are worth more than $50 in all G-20 countries. Check his original The Washington Post opinion piece.

A set of 10 paper napkins for CZK 9 resembling the CZK 5,000 banknote ($210), Czechia's most valuable banknote. It features Czechoslovakia's founder-president Prof Thomas Garrigue Masaryk and the Prague Castle and various other towers on the opposite side.

That's a rather revolutionary proposal given the fact that $100 bills account for approximately 80% of the U.S. dollars in circulation.


The $100 banknote featuring Benjamin Franklin is arguably the most famous U.S. bill. Why do we want banknotes like $100 to exist?

Well, I think that the main reason is easy to understand. Many of us either have some savings or deal with much larger amounts of money than $100. When you have a few hundred thousands of dollars in your bank account (plus stocks etc.), and many of you possess more than that, you want this wealth not to be abstract. You want the cash to be really yours.


To have the money in the bank means that you really can come to your bank tomorrow, sign a form or two, and pick your hundreds of thousands of dollars. It may happen that you may need the money tomorrow. When you visit the bank tomorrow, you don't want to solve the question whether the truck will be allowed in the bank for you to load all the money. And you don't want to spend hours by counting the tens of thousands of banknotes (or even millions of coins).

If a practical, physical form of the money didn't exist, you would lose your certainty whether you actually possess something. And understandably, you don't want that. You have been working hard for many years, you were successful, and you just don't want someone (especially not the government) to "de facto" eliminate this past and the improved future that may follow from it. And you don't want to lose the power and creativity that comes with the money – and this power and creativity connected with the concentration of the capital has been absolutely paramount for the progress of the human society.

The advantages of the $100 bills are not hard to see:


Large currency notes such as these are the preferred payment mechanism of those pursuing activities involving large amounts of money, given the anonymity and lack of transaction record they offer, and the relative ease with which they can be transported and moved.


Summers must have some arguments for his bold proposal, right? Yes, the TIME Magazine article does offer the following argument against the $100 bills:


Large currency notes such as these are the preferred payment mechanism of those pursuing illicit activities, given the anonymity and lack of transaction record they offer, and the relative ease with which they can be transported and moved.


Yes, his argument against the $100 bills is identical to our of our key common sense arguments in favor of the bills – with one modification only: Without any justification, he uses the adjective "criminal" for those dealing with large amounts of money.

I am sure that Larry Summers didn't count the U.S. government among the criminals, not even when it created a $1 trillion (10 billion $100 banknotes) of extra debt in a year. Some entities simply get an exception.

You can see that the leftists basically see the same facts and events in the external world – they just evaluate them in the illogical or unethical way because their brains and value systems are upside down, perverse, logically incoherent, and full of hypocrisy, jealousy, libels, and ideological garbage. In our perspective, the observations above are arguments in favor of large denominations because we want our and people's lives to be more convenient. For Summers, they are arguments against $100 bills because he wants the people's lives to be inconvenient.

The idea that the people dealing with amounts of money that make the usage of $100 bills desirable are "criminals" is a chapter from the Marxist propaganda booklets that we were throwing to the trash 25 years ago but we could have sold them to Harvard which would pay for them as if they were precious gems of culture. All the efforts to equate the financial success with crime are radical Marxist memes and as far as I can say, people spreading this garbage should be waterboarded at Gitmo.

In reality, $100 bills are more likely to be used by those who have been successful. They may include the people who were successful in criminal activities. But there are also many losers who are criminals but they're simply not equally skillful so what they're stealing may always be conveniently organized in $50 or smaller bills. And there are lots of people dealing with lots of cash who have earned it in a totally well-deserved way.

The idea that 80% of the economy is basically criminal – and that the large concentration of the capital has to be discouraged – is either a profound misunderstanding of the very tenets of capitalism (and the progress of the human society in general), or a frontal attack on capitalism. 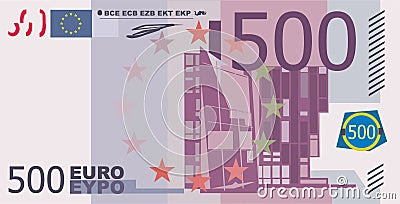 Yesterday I downloaded AdVenture Capitalist, a very simple yet funny game for Android tablets. You click at a lemon and earn your $1. You may invest it, buy newspapers, use the newspapers to earn $2, and so on. Later you hire managers who do the clicking for you and your wealth is basically growing exponentially. In a few hours, you may get to quadrillion dollars. ;-) You may also move your activities to the Moon and Mars where the profits become really astronomical – and counted in pendregummilions, serpentvirgintillions (my improvement), and other units.

Larry Summers should download the game and achieve the wealth of one quadrillion dollars. But in his case, he is only allowed to do transactions at most $50 per click. I am curious whether he will succeed. Incidentally, can someone tell me where should I click to transfer my quadrillions to PayPal? :-)

The actual political underpinnings of similar proposals are obvious. Summers is a leftist and he just wants to strip the people of their freedom – especially the extra freedom that comes with larger amounts of cash. He wants the individual citizens to be at most slaves serving the Big Government or dependent on the Big Government and he wants to be close to the Big Government, the slavemaster that has the full control over all the non-trivial acts of all the citizens.

OK, maybe it's just me but I prefer a society of basically free people who build great things and who sometimes steal a large multiple of $100 or are bribed or shoot a pro-Big-Government politician (or former politician) whose proposal was simply over the edge – over the regime that makes all these things impossible.
Luboš Motl v 4:55 PM
Share