This blog post is all about Yuri Milner's breathtakingly audacious $100 million plan to send a probe to Alpha Centauri.

Milner has presented the plan yesterday, exactly 55 years after Gagarin's pioneering flight (good morning, Major Gagarin; Milner was born 7 months later and named Yuri after Gagarin), and famous minds like Dyson and Hawking were assisting him. Mark Zuckerberg should also play a role, probably a financial one.

The idea is just a little bit less breathtaking if you think that it's more like than not that the project will fail. But it could very well succeed, too! Constellation Centaurus visualized by the state-of-the-art Greek technology. On this "Greek Week" in Lidl, I bought another ouzo which has always the same fun licorice-like taste and also a very cheap bottle of wine. Even I could figure out that it tastes bad. ;-)

Alpha Centauri is a triplet of stars in Constellation Centaurus. All of them are 4.2-4.4 light years away. Alpha Centauri A,B are brighter and close enough to look like one object. Alpha Centauri C, a faint red dwarf, is dimmer and slightly closer to Earth; as the second closest star after the Sun (and #1 if you fail to realize that the Sun is a star, and many people did and still do), it's known as Proxima Centauri.

Milner wants to pay $100 million and get a probe there which will get there in 20 years, take 2-megapixel pictures, and send them back to Earth, ideally around 2041. Wow. ;-)


As you can see, to travel 4 light years in some 20 years, you need the speed \(c/5\), and we're therefore in the realm of "relativistic science-fiction". How do you reach speeds comparable to the speed of light? We don't even have fusion reactors yet. Milner proposes to make the probe extremely light, a few grams. It should look approximately like this: 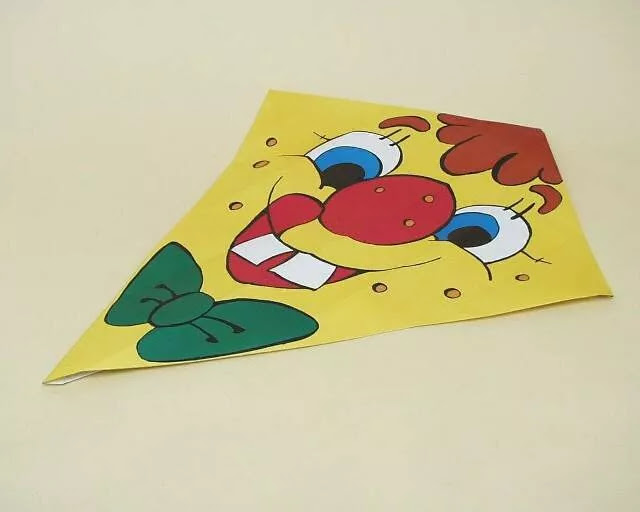 And with this small weight, you may accelerate the probe by light. Don't forget that at the speed of \(c\), the momentum of a photon is \(p=E/c\). When a photon gets reflected, it changes the sign and deposits \(2p=2E/c\) of momentum to the kite. The momentum change per unit time is the force so the force is \(2P/c\) where \(P\) is the power of the laser.

The kite should be very thin – perhaps hundreds of atoms – and have electronics including lasers to beam the images etc. This gadget must be able to reflect laser light, think, take pictures, and send information to Earth through its own laser beam whose direction has to be rather accurate. I am not even sure that it's physically possible to make the beam so sharp assuming the tiny width.


Needless to say, while we have lots of worthless "professors of women's studies" and similar garbage, the civilization isn't paying any true "professors of interstellar travel". So the people doing this stuff are at most "very smart and successful readers of science-fiction with some physics and engineering background and perhaps some engineering experience", like Milner. But maybe this human capital is all that you need.

Every day, one kite should be encouraged to leave the Milner Kite Mothership somewhere on the orbit. Picture of a group known in Czech as "Zvídálkové" which is such a cute way to construct a word meaning "Curious Kids" that only the Czech language can do such things.

Now, what happens to the kite is dramatic. A very powerful laser beam somewhere on the Southern Hemisphere (with adaptive optics etc.) is directed to the kite – no one will allow you a space-based powerful laser shooting in all directions – and accelerates the kite to \(c/5\) in a few minutes. In less than an hour, the kite meets Mars, and it greets Pluto on the following day.

It gets to the Alpha Centauri region and must very quickly find out what to photograph. Also, there could be problem with blurry pictures because you know the problems if you move your camera a little bit – and imagine that the speed is 60,000 kilometers per second. OK, the probe optimally hits a blue Earth-like planet, takes pictures of their continents and the ETs' bridges, and sends the visual information by a laser to the Earth. The signal from that laser gets diluted and is barely detectable within the Cosmic Microwave Background but we succeed.

It sounds easy. Milner should have revealed the plan earlier, Zvídálkové could have completed all the details of this straightforward project. ;-)

OK, let's calculate some basic numbers. We want to accelerate a few grams to \(c/5\). The kinetic energy may still be "barely" computed by the non-relativistic formula and it is \(E\sim m c^2 / 50\). If \(m\) were 5 grams, we get 9 trillion joules. Is that right? We need to get these trillions of watts from the "powering laser" on Earth to the kite in a few minutes. It's obviously possible to make a strong enough laser – the world's strongest laser has some 2,000 trillion watts (in Osaka, Japan), some 5 orders of magnitude stronger than what is needed.

One kilowatthour costs about $0.20 here and is equal to 3.6 million joules everywhere. Now, \(9\times 10^{12}/3.6\times 10^{6}\) is equal to 2.5 million or so. It's 2.5 million kilowatthours. Not a problem, Milner should pay half a million dollars for the electricity bill for one kite and maybe he gets a cheaper deal from ČEZ at night.

It's being said that the acceleration to \(c/5\) takes several minutes, let's say 3 minutes or 180 seconds. The acceleration in the quantitative sense is therefore equal to \(a=v/t=c/900\) per second. It's over 300,000 meters per squared second or 30,000 \(g\). You don't want to experience it with your stomach. Maybe the kite is much more resilient.

The integrity of the kite seems like the most serious problem. The gadget must survive the interstellar travel even though there may be some dust on the way – isn't it guaranteed that some dust must break it on the trajectory? Maybe Milner wants to turn the kite in the thin direction – for it to become a knife cutting the interstellar space – during much of the 20-year-long flight to minimize the "cross section". That could be another reason why the "thin design" could be a good idea. And the kite must also survive the extreme acceleration I mentioned – and the photon pressure from the terrestrial laser is unlikely to act quite uniformly. It's another reason why the uniform, thin design may be needed. The acceleration of 30,000 \(g\) would almost certainly break the gadget if the 2D mass density were highly non-uniform.

On top of that, I have some worries that wave optics prohibits the accurate laser beams that come from these unusually thin gadgets.

I am ready to bet that the technology won't be completed by the end of the year. ;-) But the broader technology is arguably physically possible and there should be people working on such extreme things. What makes me think that it will require some time is the fact that we don't actually seem to have even pieces of the project that is needed.

People haven't really used the photon pressure to accelerate reflective sheets to modest speeds, let alone relativistic speeds. People haven't sent any thin objects to space. People haven't built superthin lasers. And so on. So all these things have to materialize separately and only afterwards, they may be combined to the Starshot project. In this sense, I feel that the required research isn't pure engineering at this moment. It's a lot of possibly nontrivial and non-straightforward applied physics.