Foundations of the general theory of relativity: 100 years

In November 1915, Albert Einstein was intensely working and smoking for two weeks before he presented the final version of the general theory of relativity to the Royal Prussian Academy of Sciences at the 8 Unter den Linden Avenue in Berlin. 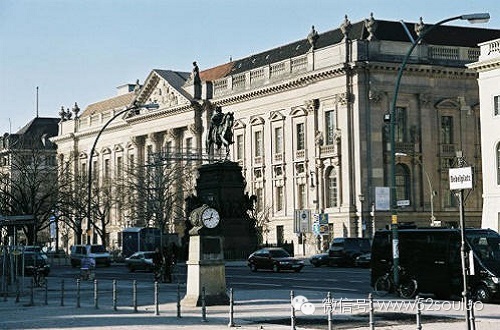 He had some more time to refine the insights for the written media. On March 20th, 1916, he sent the manuscript to "Annalen der Physik". That was his favorite journal where he published his famous papers 10 years earlier, too. After less than 2 months, on May 11th (exactly 100 years ago), the paper was published:


The PDF version of the paper was prepared thanks to Johannes Gutenberg and his e-followers. It's fun to read the paper.


On Monday night, I gave a popular LIGO talk in the scientific library in Pilsen.

That's a place that I liked to visit several times a week when I was a high school senior. I was mostly reading Einstein's articles such as this one – and especially the later ones. At that moment, I was tempted by the idea that Einstein had found some theory of everything later but no one else could understand it and I would be the next guy who would understand it, and so on.


I was equipped with a German-Czech dictionary but it wasn't needed. It's not hard to learn the simple words that dominate similar papers. Seite, hat, allgemeine, spezielle, Raum und Zeit und Raumzeit etc. Many words are comprehensible outside Germany. Moreover, the most important part of the communication are the mathematical equations – which are mostly international.

After some time, I got disappointed and convinced that Einstein's later research wasn't on the right track. He was playing with many kinds of asymmetric generalizations of the metric tensor, theories with added torsion tensors etc. None of these things was pretty, none of these things was viable as a description of Nature. And they weren't really new, either.

The only "theory of everything" idea that Einstein later worked on was the Kaluza-Klein theory with the fifth dimension. State-of-the-art models of theoretical physics may be viewed as some generalizations of that generalization of GR.

However, the May 1916 paper is incredible because it's the text by the #1 researcher of general relativity – but it's almost identical to the short modern textbooks of GR we are using nowadays.

Einstein started with some general comments about observers and inertial systems, symmetries, special relativity etc. He defined the general metric – using the particle physicists' \(({-}{-}{-}{+})\) convention, if you care (with a different ordering: his time was the last, fourth coordinate). It was followed by a discussion of the transformation rules for tensors, antisymmetric tensors for electromagnetism, Christoffel symbol, Riemann and Ricci tensors, geodesic equations, Einstein's equations, simplification for freely falling bodies, the Newtonian limit of the gravitational potential, coupling of electromagnetism with gravity, bending of light around the Sun, and the precession of Mercury's perihelion. (Karl Schwarzschild is the only other physicist cited in Einstein's paper: he gave a talk about some precise calculations in GR already in 1916.)

These topics – we normally teach in GR courses – combine many different "layers" of the wisdom. There's a lot of conceptual thinking, mathematical foundations and rules to play with the formalism, the derivation of the fundamental equations, as well as their solution in several interesting limiting cases and particular situations. Einstein was able not only to master but largely discover and be the first man to hack all these aspects of GR.

Events such as the detection of the gravitational waves by LIGO are cool. But I still feel that this discovery – and others – amounts to a tiny fraction of the contributions by Einstein, despite the fact that the number of people working for LIGO (and other things) – is higher than the number of Einsteins (ein) by several orders of magnitude.

Thanks a lot, Albert.

On Monday, a local physicist named Slavík (who gave his own LIGO talk some months ago) asked me to connect him with some people in the Nobel committee. They should fix their biggest blunder – the missing Nobel prize for GR. I agree that it was a huge mistake that relativity was never rewarded in Scandinavia but I disagree that the rule "only for the live recipients" should be broken. The rule has very good reasons – the dead heroes could otherwise completely overwhelm the process.

As I predicted in a bonus part of a blog post, the first Czech singer has succeeded and got to the finals of the Eurovision cheesy song contest (about five previous attempts failed). Gabriela Gunčíková is hot and her voice is incredible but she has also picked a classic genre of the boring cheesy EU-style "ballads", "I Stand" written by an Irishman.

None of the previous Czech contestants was optimized for the contest – well, except for the 4th Karel Gott in 1968 but he was competing as an Austrian – Czechoslovakia wasn't a member. Gypsy.cz isn't popular even in Czechia and is too... colorful. On the other hand, the rock band Kabát (The Coat/Jacket) has been Czechia's most celebrated band but the music was too hard as well as too localized or Czech in character.

The ten finalists will compete on Saturday.
Luboš Motl v 9:05 AM
Share