The Australian (see also Andrew Bolt, thanks to Willie Soon) brings us another saddening report about the ideologically driven prosecution of a researcher at an Australian university. 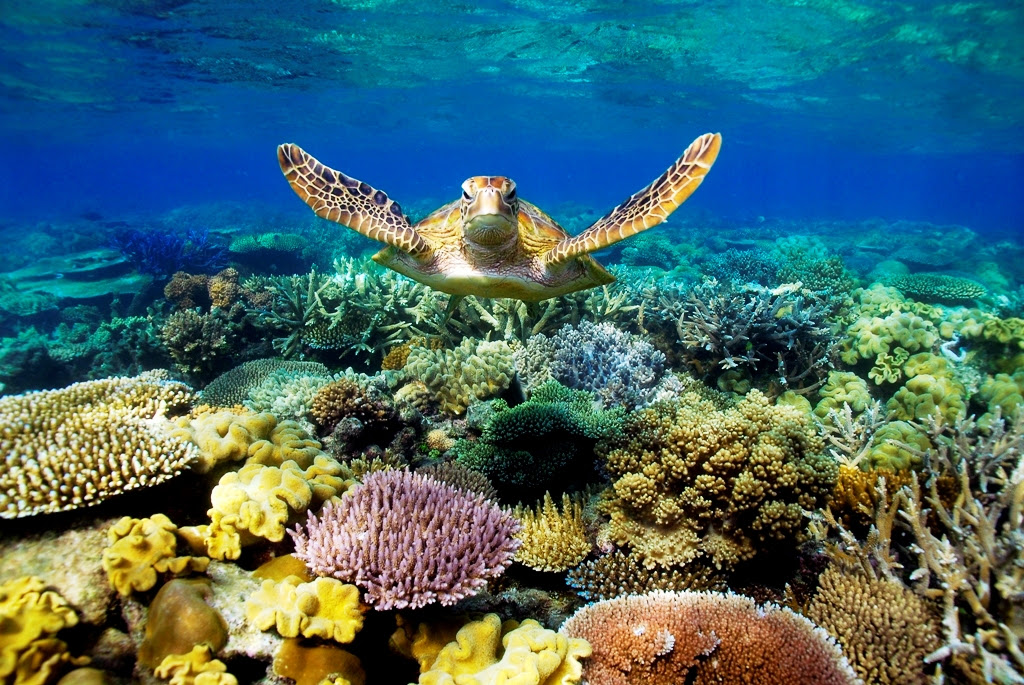 The Great Barrier Reef, the world's largest coral reef system (near the Eastern coasts of Australia), is one of the frequently mentioned symbols of the destruction of this planet by humans. The coral reef is surely facing some pressures that it didn't know millions of years ago. But is there anything such as an existential threat for the coral reef?


Peter Ridd is a coral reef expert who used to work with Bob Carter as a postdoc (among others). He has seen lots of evidence that many of the catastrophic claims about the coral reef are based on sloppy or intentionally misleading observations or downright indefensible.

Because of these inconvenient findings, the corrupt officials at the James Cook University – which should perhaps be renamed to John Cook University, to describe its quality and methods more accurately – ordered some official ethical committee to investigate Mr Ridd. It concluded that he "failed to act in a collegial way and in the academic spirit of the institution". If something like that will occur again, he will be sacked, he was directly threatened.

So if you find a serious mistake in your colleagues' work, you fail to be "collegial" over there. You know, in genuine science, the virtues are different. It is extremely important to systematically verify the quality of the research. A genuine scientist is always grateful when an actual mistake is found in his research. Instead, the James Cook University openly tells Ridd – and everyone else – that to publish any finding about the coral reef that may be interpreted as good news means an existential problem for the researcher, much like some forbidden activities in the Third Reich. Can the scientific research constrained in this way lead to any outcomes that have a positive value? I don't think so.

As far as I can say, the very question whether any qualitatively bad trend has taken place in the recent century – relatively to the previous centuries or millenniums – is debatable. The Great Barrier Reef and others has experienced some episodes of "bleaching". Bleaching means the same thing as when you do your laundry – it means that the coral reef loses its merry colors. A bleached coral reef isn't dead but its growth rate slows down. It's generally believed that the bleaching is either a "disease" or a "defense strategy against something".

The microscopic reason for the bleaching is the loss of the relevant protozoa (protozoa are ancient, unicellular eukaryotes – they have one cell but behave much like advanced multicellular animals). These protozoa (in particular, zooxanthellae) act as intracellular endosymbionts (happily tolerated internal parasites in between the coral cells) and they're helpful for the cohesion of the whole ecosystem.

With the coral bleaching, the probability of the death increases but it is in no way close to 100 percent. Bleaching episodes may end happily and they have often ended happily. For example, some corals that were bleached just 3 years ago were observed to be happy and colorful again in 2015. Just four days ago, another Australian team has found the growth of some reefs near Queensland. Good events unavoidably take place at least sometimes – and perhaps most of the time.

The previous paragraphs were sketching some basics of an "advanced branch of biology" that studies these systems. However, much of the research is more practical and adventurous. A babe dives and takes pictures of a coral somewhere. A picture of a coral taken in 1994 was compared with a picture of the "same place" from the late 19th century – a huge deterioration was observed.

The only problem with this interpretation is that one couldn't really prove that it was the "same place". It could have very well been a different place by one kilometer. There's no reason for the coral reef to look the same at two places that are one kilometer apart, as Ridd has pointed out. But many of the coral "researchers" just don't seem to care about these basic checks.

I understand that many of the researchers are enthusiastic environmentalists. They may be activists, lovers of these great marine life systems, and researchers at the same moment. They may be naturally left-wing, too. These things have contributed to their having been hired. But to the extent that they have some integrity – or even scientific integrity – they should be able to realize that what has happened to Peter Ridd is unacceptable.

To publish findings that disagree with the colleagues' findings simply cannot be considered "uncollegial" in science. And to publish papers about ecosystems that imply some good news simply cannot be a blasphemy. It's reasonable to expect that about 50% of all the results of the scientific research should be seen as "good news". It is absolutely crazy and lethal for the scientific method to impose constraints – de iure or de facto constraints – that make it impossible to report good news. I believe that many people, even if they consider themselves left-wingers or environmentalists, must agree with me. They must feel painful that they're de facto a part of this absolutely unscientific harassment of honest scientific research.

The people responsible for the outrageous conclusion of the "investigation" have to be sacked. This behavior simply doesn't belong to a university, not even a university in a regional league.

Off-topic: Ms Hana Holišová, a musical actress known to the general public from one of the infinitely long junk Czech TV soap operas such as "The Street", has won the first season of "Your Face Sounds Familiar". Her final piece was "Grease Lightning" by John Travolta. See her previous songs and others [channel] at the contest. Yes, the contestants were made to change their sex almost 50% of the time.
Luboš Motl v 8:33 AM
Share