Those who sometimes look at the right sidebar of this blog are constantly reminded that in 2012, when the LHC discovered the Higgs boson and when it was running at the center-of-mass energy of \(8\TeV\), it has delivered about 27/fb (twenty-seven inverse femtobarns) to each major detector (ATLAS, CMS). About 92% of the delivered collisions are recorded.

I don't want to promote the collective guilt but let's face the truth: this is what the perpetrators of suicide terror attacks may look like.

While the center-of-mass energy jumped to \(13\TeV\) in 2015, after the Two Years' Vacation, the luminosity glory of 2012 wasn't immediately restored. (Don't confuse luminosity with lumosity or with my planned skyscraper suburb, the Lumo City.) In 2015, the LHC only delivered some 4.3/fb of data. 2012 has kept the record of the peak luminosity, too.


Sometime in 2012, the peak luminosity reached 7.8/nb/s. Multiply it by 86,400 and by 365.2422 and notice that the units are inverted so the "thousands" go in the opposite direction and you will see that this figure was equal to 245/fb/year. Over two-hundred damn inverse femtobarns per year if the peak luminosity could be kept at all times – which it can't because you need short breaks, long breaks, and even when there are no breaks, the luminosity is going down as the beams are fading away.

OK, so in 2012, we saw those glorious 7.8/nb/s for a while – or 245/fb/s. Could it be beaten? You bet. Despite the higher energies, the LHC was increasing the luminosity really assertively after the suicide terrorist attack by the rodent (don't talk about "weasels", that would be racist). Right now, the LHC is running with 2,040 bunches per beam. It has been so for a week and the LHC was approaching the 2012 record. And even though the daily luminosity graphs don't show this fact yet, the LHC status monitors assure us that


higher than the 2012 record. More precisely, that's the figure for ATLAS, CMS was only getting 7.4/nb/s at that time (blue and black curves here, respectively). If you find it unfair that the CMS was getting fewer collisions, let me mention that this fact has a silver lining. Near the CMS detector, there is also the TOTEM experiment that is collecting high-rapidity events using Roman pots, high-tech instruments developed in Italy shortly before Italy lost its technological edge (see the picture). 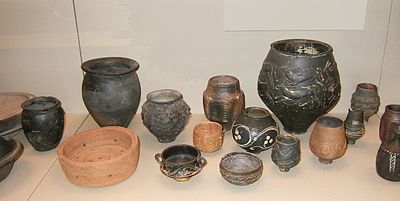 Well, now I realized that the PDF file doesn't show 8.2 because it's just a CMS chart. Because it's so, ATLAS could have already reached 8.2 a few days earlier, too.

But let's return back to the ATLAS figure. This 8.2/nb/s translates to about 260/fb/year. The LHC should routinely surpass 0.5/fb/day now. Accumulating (well?) over 30/fb in 2016 seems rather likely at this point. All 2-sigma hints of 2015 that were due to new physics should be turned into discoveries (whatever the percentage is). Let's hope that no major terrorist attack against the LHC will make this scenario impossible.