I won't proof-read this blog post because I expect a low number of readers.

For a few days, we've known that Škoda, the Czech carmaker, was registering numerous trademarks in the U.S. But only today, a top executive of the Volkswagen Group, the owner of Škoda, admitted that the company is considering the introduction of Škodas to North America, one of the few places of the world where you can't buy these cars.

A year ago, I would have been excited but right now, not so much, especially because we were shown that the excessive power of Pol-Pot-style environmentalists in the U.S. may bring quite some trouble to every carmaker, a trouble that Škoda has largely avoided. But they may try. The "Volkswagen proper" brand hasn't been successful, the Dieselgate made things even worse, and a brand so far unknown to the American consumers can change the game. If things work out, even the German VW workers could start to produce cars with the Škoda badge.


While the Volkswagen proper brand was hurt, Škoda was turning into a jewel of the VW Group recently. More than 1 million Škoda cars are sold every year. In the early 2016, the number increased to by 4.3% to 276,000 a quarter. That meant the 6.4% increase of the sales and 30.2% increase of the profits.

Škoda Auto was founded by Laurin and Klement in 1895 (watch a 7-minute history at Old Top Gear or this 23-minute 1985 historical movie). In 1925, it was bought by Škoda Works located here in Pilsen, the largest factory in Czechoslovakia and previously in Austria-Hungary. The companies were de facto divided again during Nazism and communism but shared the logo and in 1991, when Volkswagen bought Škoda Auto, it also paid Škoda Works for the rights to share the logo forever.

In those 120 years, Škoda Auto has been producing lots of cool cars and some mediocre cars during communism, too. In the U.K., they were still the most successful cars in the mass market that were produced in the socialist bloc. See e.g. this 1986 Top Gear about Škoda 120, the most widespread car in Czechoslovakia of the 1980s (by far). It really sucked on many fronts, the host said, and the technology and design were from the 1950s, we heard (Škoda 120 still looks more modern to me than some cars that are produced today), but you could see some promising signs, too. Also, try 1989 Škoda Favorit Top Gear (mostly positive review of a Perestroika-era car). You may check that a newer Jeremy Clarkson's review of the Yeti (with the tattoo, ice cream, and a helicopter landing on the car) was significantly less critical, to put it mildly. ;-) Clarkson was a big Škoda fan at the BBC, and so is Mr Bean and others, but recently he assaulted Superb as a freezer without emotions and a soul for the burnouts. ;-)

In fact, Škoda cars used to be the main target of the car jokes in the U.K. There exists a hundred of these jokes. Some of them are written below (I've added my lousy translations of some Czech jokes about Škoda, improvements of my English will be welcome). Maybe these jokes have helped to transform Škoda from the ugly duckling to the beautiful swan in the U.K. – many happy drivers in the U.K. are really proud to see what some don't see, namely that those are really great. Škoda cars have won dozens of "car of the year" and reliability contests in many countries, among others (and a vast majority of the one-on-one comparative reviews and races). The U.K. remained the canonical competitive market and the company is doing very well over there. But it's also very successful in Australia, India, and most European countries. (The company had good years in Russia but the recent years were very bad on that market.) Are Americans really so much different than the Britons?

Currently, Škoda produces Yeti, a compact SUV, soon to be supplemented by Škoda Kodiaq (see the renaming stunt in Alaska), a large SUV, and Superb, Octavia, Rapid, Fabia, Roomster, and Citigo. Most of them have some VW counterparts but the price is usually lower and the Škoda design is mostly sharper.

Lots of wonderful Škoda commercials have been made. The attention test. The cake. The mean stuff. And others.

Do you know what would happen if Škoda had been sold to Fiat? FiaSko.


Do you know how where you can get spare parts for a Škoda most easily? Follow another Škoda on the road. After some time, the spare parts start to fall out of it. 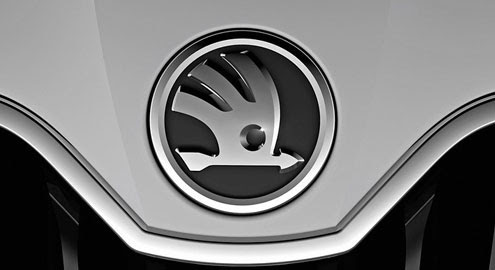 What is the name of the user guide for a Škoda? Mein Kampf [My Struggle]. 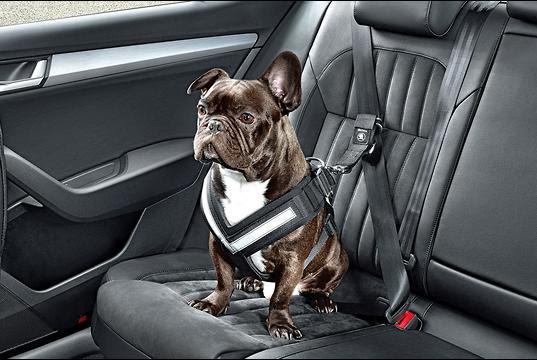 How many pedals does a Škoda have? Four. The clutch, the brake, the accelerator, and the foot pump to inflate the airbag.


Do you know why the manuals for Škodas are thicker than those for other brands by one inch? Because the last chapters contain all the bus schedules.


A Japanese man, a German, and a Czech are debating.

Japanese: I only buy Toyotas and spend a monthly salary on it.
German: I only buy a Mercedes, for an annual salary.
Czech: Once upon a time, I bought a Škoda 120 for my life savings and those of my spouse and her mother.

The Japanese and the German man look at the Czech chap with a surprise in their faces: So why are you buying such an expensive car?


Two blondes are going for a trip in their new two Škodas 105. One of the cars breaks down. Its owner opens the trunk and the other one says: "Wow, you have lost the engine somewhere." She returns to her own car, opens the engine and says: "But don't worry, I have a spare one."


Where do Škodas achieve the highest speed? On the assembly line.


What do you have to do if your Škoda runs out of fuel? Open the front bonnet and use it as a sail.


A Škoda meets a mule. "Hi, car," the mule says. "Hi, mule," the Škoda replies. The mule begins to cry. The Škoda asks why. "Because I called you a car, you could have returned the favor and call me a horse, too."

What is the greatest dream of a Škoda driver? To get a ticket for speeding.


A German man and a Škoda driver meet at the gas station. The German man looks at the Škoda with some interest and asks: "Did you build it yourself or did someone help you?"


Why Favorit is sometimes labeled as Škoda 136? When it was created, 1 car was bought for the money that 3 people earn in 6 years. 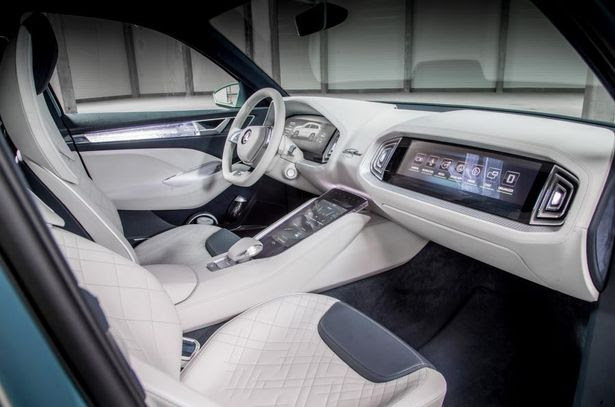 Do you know what was the marketing name of Škoda Favorit in Slovakia? Škoda Hovoriť [damage to speak, a funny Czenglish translation of "not worth mention"].

During deep communism, Škoda's engineers were invited to a Japanese factory producing cars. The Japanese engineers showed them a new car with a cat that was locked inside. "What is it supposed to mean?" the Czechs asked. The Japanese colleague told them that it's a test of quality: if the cat doesn't suffocate in 24 hours, the car has a slit that has to be fixed.

The Czech professionals return home and apply the same technology. A group of Bulgarian engineers visits the factory and one of them asks why the cat is locked inside. "We lock the cat in the car for 24 hours and if the animal escapes, we know that there's still some hole that needs to be repaired."


Three men meet in a bathroom. When they're finished, they talk while washing their hands. "We at Ferrari primarily care about the speed." The German man washes his hands carefully and says: "We at Mercedes are primarily careful about the details." The Czech man simply walks around the washbasins and say: "We at Škoda aren't pissing at our hands."


Why do Škodas have a windshield wiper at the rear windows? To clean these windows from the flies that hit them while driving.


Why do Škodas have heated rear windscreens? To keep your hands warm while you're pushing it.