The Guardian on the only agent who has infiltrated the CIA

Karel Koecher's story is unusual from many viewpoints

Hours ago, Benjamin Cunningham – who, acting as a writer for the Economist, gave me an hour-long telephone call last month because of the word "Czechia" – published a long story in The Guardian,


How a Czech 'super-spy' infiltrated the CIA.


The spy was Karel Koecher. As a teenager, he had pretty much violent relationships with the communist regime. But in the 1960s, the atmosphere began to improve and in 1965, he immediately agreed to be sent to the U.S. with the goal of infiltrating the CIA – which he did although it doesn't seem like he has used this success to achieve something particular. 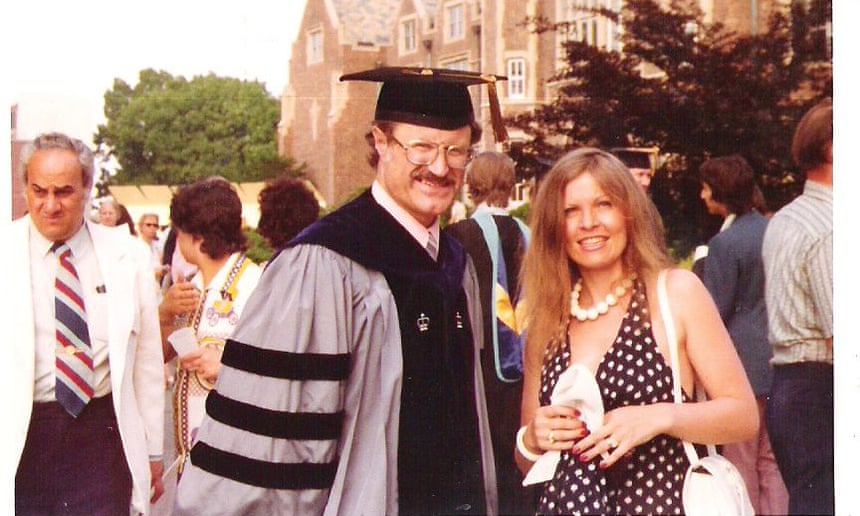 At some moment, his supervisors in Prague ordered him to write down and send all the plate numbers of the cars of janitors who clean toilets for the CIA. He thought that his talent wasn't unused and found a more direct path to collaborate directly with Moscow instead of the losers in Prague.


Koecher spoke five languages. In Prague, he studied maths and physics at the very same department where I did some undergraduate studies. But he also studied film. In the New York City, he studied philosophy and Soviet studies at Columbia and infiltrated the CIA so he became a double agent. Meanwhile, his wife Hana was trading diamonds, they became well-known at the swingers clubs, and they were wealthy enough, with a BMW and a rather luxurious apartment at Manhattan, close to some famous people.


At some point, in 1984, he was betrayed (by Kalugin, a top U.S. mole in KGB and now a U.S. citizen) and outed and in 1986, he was exchanged in Berlin for a Soviet dissident (now an Israeli politician). And the story is full of complicated relationships with the Czechoslovak communist secret agency, StB, as well as KGB, CIA, and FBI – what he was expected to do, who trusted him when, who found him suspicious, and so on. It seems like a messy job.

When Koecher spoke at the Jan Kraus TV show just a few years ago, the host Kraus didn't forget to mention some facial similarities between Koecher and Klaus. They have worked in the same institute a year before the fall of communism, too. Are they cloning those faces in that institute, Kraus asked? ;-) During the Velvet Revolution, Koecher was said to establish the Civic Forum. But Koecher says that just some American journalists saw Klaus and said: Look, Koecher is making some hard action here.

Koecher shouldn't be confused with Klaus Fuchs, a theoretical physicist and a spy who is sometimes commenting on this blog and bringing us some very secret information, too. The identity of Klaus Fuchs is a top secret because she or he may be an otherwise well-known personality and I am wearing a cyanide pill for the situation that someone would catch me, torture me, and demand that I reveal Klaus Fuchs' true identity. :-)

Kraus' discussion is entertaining. He asks: How did you penetrate the CIA? Koecher said: The bosses simply said that it was my problem. And I figured out the right plan: to enroll in an Ivy League school, highlight myself as a top notch student, and everything will be automatic afterwards. And that's how it has worked, indeed. Kraus said: It was interesting, I never realized it's that simple. Just go to the Ivy League school, become a top student, and then it is automatic. ;-) He impressed Brzezinski, his teacher, and that guy was already looking for jobs for Koecher.

BTW Czechoslovakia has had several agents at various places, e.g. about five agents in the Munich-based Radio Free Europe. Cpt. Pavel Minařík was the most famous one. He was preparing bomb attacks against five RFE antennas in Munich and was ordered to go to jail in the early 1990s for 4 years – but he was never arrested. A hateful propagandist song sung by Josef Laufer praising him and denouncing the free world has absolutely scared me when I heard it for the first time. It's particularly unexpected for such a guy to sing similar anti-capitalist jihadist songs – because he was born to a Jewish father and a Spanish mother in France (as Don José Pedro Rodriguez de Montagnes de Laufer) and spent his childhood in Britain.
Luboš Motl v 3:02 PM
Share