Iranians not on our side in the war of civilizations

The ax attack four days earlier took place some 200 km from the Czech border. Last night's Munich shootings took place 220 km from my hometown. It's clearly getting closer. I've been to Munich a few times.

An 18-year-old attacker Ali Sonboly (not this one) with the Iranian citizenship (certainly) and also the German citizenship (not certainly), an assistant in a mall and a son of a taxi driver, has attacked people in McDonald's on Hanauer Strasse, just outside the Olympia shopping mall. (We have a big Olympia shopping mall in Pilsen as well and it's arguably prettier.) Heartbreakingly, most of the 9 victims were kids in McDonald's (one boy here). The attacker at least had the decency to join them and shoot himself, too.


Recall that the "driver" in Nice only had the Tunisian citizenship although lots of demagogues, including those in the would-be mainstream media, were trying to obfuscate this information.

Last night, up to some moment, the ethnicity and citizenship of the shooter weren't known to the public. I think it had to be known very quickly – at almost 100 percent certainty – to the police and they were just playing games. A smartphone video of the shooting outside the restaurant became quickly available.


Aside from that, we were also shown a discussion on the roof that involved the shooter. Both men spoke in German without any exotic accent. A translation of the "dialogue" into English is posted as a comment by the user nicknamed "Do you care". I think that it's probably where the legend about the "right-wing shooter" had its true roots. One of them men was complaining about the immigrants etc. If you're a bit careful, however, you will see that it was the peaceful and sensible man among the two, not the shooter, who has used this phrase. The killer responded that he was born in Germany.

If you were doing searches on Twitter shortly after the attack, I am sure that you must have noticed the same thing I did. The social network was full of liars and demagogues – leftists and Islamists which worryingly form an increasingly tight coalition – trying to claim that the perpetrator wasn't a Muslim and similar things. That was pretty implausible given the fact that he was heard as saying "Allahu akbar" according to a female witness interviewed by the CNN at some point. You may even find absolute psychopaths on YouTube who claim that there were no shootings last night – it was just some Israeli propaganda and the videos are fake, too. Wow.

But it's not just nameless morons on social networks whose attitude to the information wasn't fair. The Munich police told people not to speculate and be silent. How can people not speculate? This was an important event and people (I am talking about impartial people who could actually be affected, not the demagogues) naturally want to know as much as possible and as soon as possible. They must use the available information. For many hours, the police refused to tell us even the fact that the shooter's ancestry came from the Islamic world so that made a higher amount of speculation unavoidable. 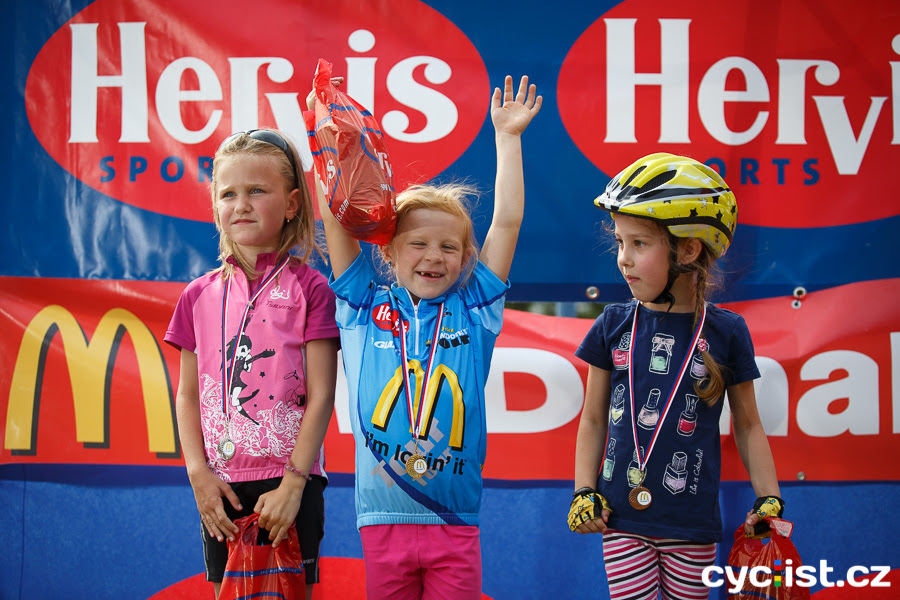 On 9/11, the Wall Street was a target – a pillar of the Western financial system. Last time, another cornerstone of the Western civilization, McDonald's, was chosen as a target. I think that just like the leftists spreading insulting pseudoscientific cr*p about the "junk food" and similar stuff, most Muslims are prejudiced against McDonald's, too. I am personally grateful to McDonald's at least for having saved my life in early 2000 when I was starving to death in Santa Cruz, California.

And I am convinced that this is how most Western kids who have tried McDonald's feel – I am just another kid in this sense, with the same honesty and unaffected by the manipulation of the sort "you should pretend that you dislike A and B".

In late 2014, McDonald's began to air the touching Czech ad "In a New Town". A girl is picked from school by her daddy – who may have divorced the girl's mother but any rate, the girl had to move – and he is preparing an afternoon program for her. The first thing the daddy has to tell to the visibly sad girl is "don't worry, you will adapt here." – "But we used to have a longer one," the disappointed and frustrated girl complains about the new slide. A few more activities – a mule, playground, cinema etc. "It used to be funnier at home." Only in the last 10 seconds, they visit the local McDonald's and the daddy's question "Were they better at home?" is finally responded with a happy smile of the Mcgirl. You can rely on McDonald's.

We have four McDonald's in Pilsen – per 170,000 folks: the Bory [Pine Woods] industrial zone malls, American [formerly Moscow] Avenue "Skyscraper" in downtown, Kaufland in Roudná (50 meters from the building where I lived as a kid), and Hornbach across the Gambrinus brewery.

Whoever isn't touched by this ad should be preemptively shot dead because he is at an unacceptably elevated risk of turning into shooters of kids at McDonald's in the future. That probably includes 80% of the aßholes who voted on that video because they downvoted it. Some leftist scum, I believe. On Friday, McDonald's stock added 0.85%. Sorry, shooter from Munich and his covert and overt leftist fans, this didn't really harm the corporation. It's really something that prevents a new environment from being completely alien and hostile.

Incidentally, the attacker has posted untrue comments on Facebook claiming that food would be free in that McDonald's restaurant, in order to attract child victims. This kind of post – tools to increase the casualties – is something that the Zuckerjerk doesn't fight against. He prefers to fight against those who point out that it's dangerous to allow Muslims to arrive to Europe en masse. Zuckerjerk is a part of the problem of the Islamic terror. A relevant Facebook conversation allowed many people to know his name, Ali Sonboly, shortly after the attack but the information didn't spread much.

I must mention one more unbelievable part of the manipulation by the pro-Islamist media and German authorities. Even now, when we know the name and the ethnic background of the attacker, we're told by the Munich police boss that "the motive or explanation of the shooting is absolutely unclear". What!? It may have been a Hinduist from Iran dissatisfied with the treatment of holy cows in McDonald's and "Allahu Akbar" could have been a verse in Sanskrit complaining about the value-added tax on beef, right? 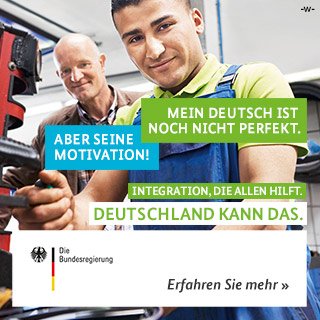 In a tweet, Jan Skopeček, a regional Central Bohemian official of center-right ODS, wrote: "They will probably explain the attack in Munich in terms of depression. But I am afraid that who is ill is Germany. See today's Frankfurther Allgemeine why." The advertisement in FAZ paid by the German federal government. "My German isn't enough yet." – "But your motivation is enough." – Integration that helps everybody. Germany can do it. [Wow! Who is the intended target of this ad?] Václav Klaus Jr, ex-president's son and a shadow minister of education, urged Czechs to leave the EU in the wake of the McDonald's attack even if we would get poorer by 30%.

To make the "doubts" more specific, the German police is deliberately spreading the testimony by the killer that he had been "bullied for seven years" and that's the reason. So the reason is not Islam, the Germans are encouraged to think, a European Christian could have done the same thing. Wow. Also, I wonder how they could have made him give this explanation given the fact that he shot himself shortly after he shot the kids. Angela Merkel whose chair may be finally wobbling may be behind these Goebbelsian tricks. And even if Sonboly had been bullied and if it were an important reason (3+3 victims are Turks and Kosovar Albanians, respectively), we or the (unnecessary) judges may get some new perspective or some degree of (very limited) sympathy for the act but it still implies that multiculturalism and Islamic immigration is dangerous for human lives.

We still don't know whether the Iranian attacker in Munich was Sunni (like ISIS) or Shia (like most of Iran). When we hear "Iran", we may be tempted to say "Shia". However, this isn't really guaranteed to work. There are some 70 million Shias in Iran as well as 7 million Sunnis. But whatever the answer is, a lesson is clear. You just can't expect this sort of ongoing Islamic terror to be confined to a limited portion of the Muslim world. All the people from all the nations with Muslim majorities represent an extra security threat. Like others in recent tragedies, this shooter wasn't even known to the police, let alone the intelligence services.
Luboš Motl v 7:25 AM
Share