It's not the most important story of the week but it is an annoying story, anyway.

For the first time in my life, a relatively small package of products I bought at amazon.com in the U.S. made it to the customs. I had to send numerous documents because of this almost trivial but not quite trivial purchase and in the optimistic case, I will get the product and have to pay the value-added tax plus some fees etc.

It has never happened to me in the past. Maybe it's because the things always went through FedEx, DHL or another courier company – but it was sent through USPS now which is probably more likely to hit the customs. (Do you have some knowledge on that?) And maybe the finance minister Babiš has increased the intensity of the customs terror. The amount of hassle because of this thing is significant. The people who are against TTIP – the EU-U.S. free trade agreement – even though they won't lose any job or profits seem like a different species to me. Who can like the principle of this harassment by the government bureaus? It's pure tyranny.

TTIP could be a core part of a new North-American-European union. But in principle, I think it would be a good idea to formally invite the U.S. and Canada (and perhaps Australia, Israel, and a few others) to the EU once we will be able to dismantle the aspects of the EU that have grown out of control. Some unions between the Western countries will always be there. I think that the artificial barriers should be dismantled and the West should be acknowledged as an important part of our identity. My Czech nationality is more important than other parts of the identity. But the perceived membership in the West is more important for me than the membership in some artificial subset called the EU.

The WC could run lots of programs that would be analogous to the existing programs within the EU. And the WC members could join or opt out from these programs individually. All such programs would be negotiated to be "minor benefits for everyone". Whenever there would be a country that would view a WC program as a loss for itself, the country would have to be compensated by something else.

All the decisions to join or leave the programs would be done by the nation states.


I have talked about the advantages of recolonalization a year ago. Whenever I watch some movies about the late 19th century from the colonies etc., I can't get rid of the feeling that these countries worked better those 100 years ago – for the Europeans and for the local people, too. People should generally acknowledge that the process of decolonialization was overshot and should be at least partially reverted. 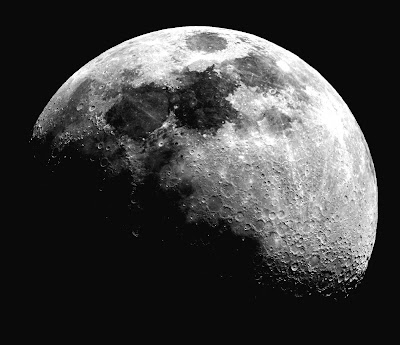 Now, the privatization of the Moon.

According to a 1967 international treaty, nations can't do almost anything in the outer space. They can't actively "own" celestial bodies, their parts, or other things out there. Obviously, this treaty is will be turned into a piece of a toilet paper (less influential than a WC paper!) as soon as someone will have the tools and self-confidence to do interesting things in space. A nation or a company may simply decide to occupy the celestial bodies in the future and others won't be able to do anything about it – they won't be able to enforce the 1967 treaty. Moreover, that treaty only applies to the signatories which don't include some countries and strictly speaking don't include individual companies, either.

Maybe some order should be introduced to the outer space. The following steps could encourage people, companies, and nations to do interesting things in the outer space (they're afraid because things are basically banned); other people, nations, and companies not to feel robbed; and stimulate the economy on Earth right now, too.

The proposal is for the mankind to agree to divide the surface of the Moon (and even the corresponding depth of this satellite) according to some formula and introduce land restrictions and ownership for the Moon that are much closer to the rules valid on the Earth than so far.

I think that the Moon's surface is some 38 million squared kilometers. If you divide it by 7 billion, you get some 5,000 squared meters per human being on Earth. Everyone could be turned into a nice landlord. The surface of the Moon could be divided "fairly" to the people who are living right now (the most PC solution); to the nations according to their population, area, PPP GDP, nominal GDP, or some combined or other criteria.

The new owners of the Moon could immediately start to trade with the lunar real estate. For example, if countries were made owners of the lunar territory, they could quickly privatize it and use the funds to repay a part of their outstanding debt. We could watch public maps of the lunar land registry and see which billionaires or companies own which and how big parts of the Moon right now.

These comments surely sound funny and futuristic but so did the Alaska purchase in 1867. Note that these 149 years ago, Alaska was sold for $7.2 million which translates to some $122 million today. Try to appreciate how tiny a fraction of Alaska you could buy for $122 million today.

Your lunar real estate investment could also grow – but probably less radically than Alaska, even after 150 years. Well, I am not quite sure. Meanwhile, the money that the people spend to buy the pieces of the Moon would help to reinflate the world economy and delete a part of the debt, as I mentioned.

What is your estimate of the current market value of the Moon? ;-)

I think that the total price of the Moon would still be lower than the world's annual GDP, for example. But if the operation looked like a success, people could obviously privatize Venus, Mars, Jupiter, and other celestial bodies, too.
Luboš Motl v 4:42 PM
Share