Well, this gang almost certainly consisted of boys educated in an uncivilized society following the rules of the Middle Ages so you can't be surprised too much. When such folks get the space to terrorize the public for such crazy reasons – such as wearing the shorts – they will do so.

But don't we have similar mob attacks in the West? Well, we do. They often lead to different outcomes than broken noses but the mob mentality and irrationality are completely analogous to those of the Toulon attackers.


The American answer to the Toulon attack is the attack on Casey O'Quin, a chemical engineer (and a fan of jeeps, aviation, guns, and a libertarian; pic), who joined a conversation with a female physiologist and astronaut Jessica Meir.


O'Quin's Twitter account doesn't exist anymore and it scarily seems that it doesn't exist because of this innocent – and correct – conversation. The far left media that joined the mob attack against O'Quin include The New York Magazine, San Francisco Chronicle I and II, and the Huffington Post (plus The Daily Dot).

The story is very simple. Jessica Meir who is an astronaut and a biologist tweeted:


The tweet included a video analogous to this insightful YouTube video in which water boils at very low pressures – in a vacuum chamber. Why does it do so? Because liquid water evaporates at all temperatures, including the room temperatures very far below 100 °C. 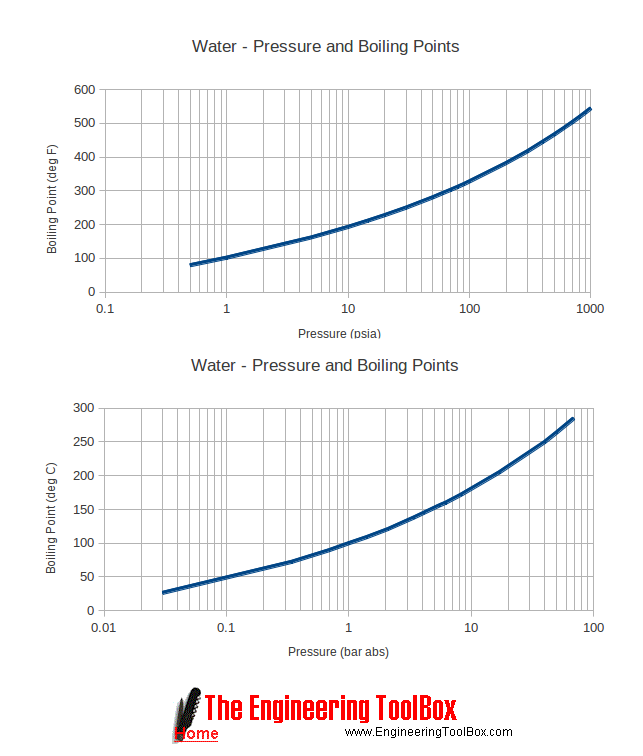 However, it doesn't boil under the normal, atmospheric pressure. Why? Because the vapor that could escape from the water in the bulk of the liquid isn't allowed to create any bubbles. The bubbles are being pushed by the water around it so that their volume never grows macroscopic. When the pressure is reduced to a certain low threshold – equal to the vapor pressure – the slow but nonzero evaporation of the water which occurs in the middle of the water as well leads to the creation of bubbles. They're the same bubbles that you see around 100 °C when you boil your soup or water for coffee. The bubbles go up and the whole body of water starts to boil – and macroscopically fluctuate.

The poor guy Casey O'Quin knows these things at least as well as I do. He wrote:


Wouldn't say it's spontaneous. The pressure in the room got below the vapor pressure of the water at room temp. Simple thermo


And that's the tweet that has led to the hysteria of whole left-wing mobs and even the well-known U.S. magazines. Holy cow. O'Quin's physics is absolutely correct, of course. The real uncertain question is whether Jessica Meir understands it as well.

I can't know for sure but the broader context and circumstantial evidence make me almost certain that she doesn't. The way how she describes this physical effect strongly indicates that she doesn't really understand what's going on. When clarifications are added, she wrote that above the altitude of 63,000 feet, the pressure of the air is so low that the effect of the water boiling at room temperatures occurs.

This assertion looks like an isolated factoid that she was just told when she tried the experiment in that low-pressure room. In particular, it seems misleading to me that she presents the effect as some characteristically space-related effect. In reality, the effect has nothing to do with the low gravity environment etc. It's all about the low pressure.

Richard Müller (SK): The Pressure Is Low (and it is to be blamed for everything), SK version

OK, but Casey O'Quin has been attacked for mansplaining physics to an actual astronaut. What a blasphemy!

Mansplaining is one of the bizarre terms that the far left feminists and "progressives" have liked to use in recent years. If and when you try to figure out what this new verb means, I think that you must conclude that it is exactly synonymous with "explaining done by a man". What the hell is wrong about "explaining done by a man"? Most of the explanations in the history of science – and in the science education etc. – has been made, is being made, and almost certainly will always be made by men, so most of the "explanations" are actually "mansplanations". Some of these explanations are directed at female listeners because the mostly male explainers sometimes hope that it just cannot be a waste of time to try.

So whoever presents "mansplanations" as a bad thing is basically arguing that it's a bad thing to "explain" things in general. She or less likely he is a complete moron who is hysterically afraid that she will be expected to learn something new or that she will be publicly outed as a person not knowing something.

Casey O'Quin has corrected a misleading implication of Jessica Meir's tweet. It's questionable whether we should call the boiling "spontaneous". I tend to agree with O'Quin that the adjective is misleading. The word "spontaneous" refers to a process that starts at a random random time, without an immediately preceding event that "ignited" it.

You could say that in some low-pressure environments, the pressure has been low for billions of years, so it didn't really "start" at any recent moment and the boiling may be called "spontaneous". But this argument never applies because in the environments where the pressure is this low, the water has already boiled away. There are no big droplets left in these extreme low-pressure cosmic conditions anywhere in the Universe. Moreover, the pressure wasn't low shortly after the Big Bang. Whenever you see water boiling at some temperature below 100 °C, there had to be some particular moment in the past (almost always very recent past) when the pressure dropped beneath the vapor pressure and the boiling started at that instant of time. There was a moment, a cause, and the boiling therefore isn't spontaneous.

Even if you decided that the word "spontaneous" is basically a correct adjective for the boiling, you should still agree that it's great when a Twitter user actually adds a more correct explanation of a tweet that is apparently meant to be a tweet with some physics knowledge. In normal circumstances, Casey O'Quin would be thanked for his contribution. After all, astronauts are not supposed to be omniscient scientists. They are some good enough scientists taken from the shortlist of "athletes" of some sort – and the very best scientists are unlikely to be healthy enough and great enough "athletes" to be chosen as astronauts by NASA (and most of the eligible ones wouldn't want this job, anyway). So it is absolutely silly to expect that the astronauts must be smarter than all other people on the Internet, especially if they talk about a different discipline than theirs. Moreover, O'Quin is an alumnus of Space Camp USA so even the very statement that he is intrinsically a worse astronaut than Jessica Meir may very well be bogus, too.

An important point is that Casey O'Quin's tweet didn't contain an infinitesimal hint of sexism i.e. that his attitude to the tweet was any different than if the original tweet were written by a male.

OK, the guy would normally be thanked to. In the Twitter/Huffington/SanFranciscoChronicle/NewYorkMagazine extremely ideological anti-science atmosphere, the guy was attacked for daring to explain some physics to a woman who "could" or "should" know more space physics than he does, except that she almost certainly doesn't. Among these far left loons, a man's explanation of anything to a woman has been upgraded to a crime! Maybe, these mobs of brain-dead humans have made sure that his Twitter account was deleted because of his correct physics explanation. It's insane. These feminist mobs are the true Western counterparts of the mobs of Muslim teenage savages who terrorize women in shorts – and the men defending these women – because of the women's shorts.

Like Islam, feminism with their witch hunts against "mansplanations" and similar things are movements that don't belong to the civilized enlightened world and these baskets of deplorables, if I use Hillary's term, have to be removed from the civilized enlightened world unless we want to allow for some really gloomy future.
Luboš Motl v 10:54 AM
Share