Energiewende increased electricity prices by 40% since 2007

Thank God, my homeland hasn't been fully occupied by Merkel's Germany yet which is why my compatriots may write and read what is happening in the world, including Germany, and – among other things – how their government has f*cked up the energy industry.

A translation of an article from yesterday. 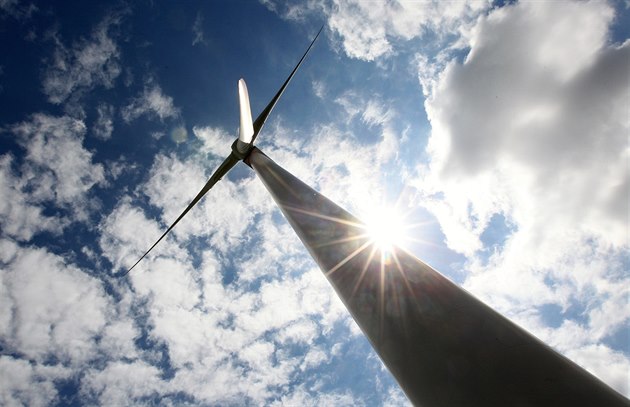 "E" for Energiewende. Germans gave a new word for billions to the world

(The word Energiewende means something like The Energy Breakthrough – I guess this is how it would be called in the U.S.)

Germans are boasting about their path towards a green energy industry. Hundreds of thousands of new jobs have been created. However, the bill is being paid by the German households that have to face the electricity prices higher by 40%.


These numbers may look pretty – 400,000 new jobs, including 150,000 people in the wind turbine sector. And the German electricity exports swang to a record in 2015 when it exceeded the imports by 2 billion euros. This surplus is twice as high as in 2007.


These are the exact arguments by which the Germans are trying to improve the image of Energiewende, i.e. the divergence of their electricity production away from coal and nuclei towards the green sources from the wind and the Sun. Their minister of foreign affairs is bragging about these changes in adverts on influential European news servers such as EurActiv.com.

Their booklets are only showing a part of the truth, however. For example, they emphasize how the green energy – which now represents 30% of the total German electricity production – has contributed to the decrease of wholesale electricity prices on exchanges to 50% or so.

However, they already fail to add that the German households are paying 40% more money for a kilowatthour than they did in 2007. Electricity prices mainly increased due to the contribution for the renewable sources of energy which is currently 0.0635 euro per kilowatthour. To compare – Czechia has only seen a 22% increase of electricity prices for households in the same period.

Expensive electricity is a burden not only for households but also for entrepreneurs (however, industrial companies with a big consumption enjoy exemptions, much of their "green surcharge" is being forgiven). And the traditional producers from the nuclei and coal, e.g. RWE and E.ON, are claiming that due to the low prices, it is not even profitable for them to even turn on their sources.

Now it seems that Germans have finally figured out that their support of the green energy is far too generous. According to new rules that the German lawmakers finally approved in July, the system of funding for the renewable sources should change from the beginning of 2017. Relatively to the current situation, market-like elements should become more numerous in it.

Fixed repurchase prices with 20-year price guarantees will be replaced by market auctions for all new wind turbine or solar parks. Permission will only be given to those investors who will demand the lowest amount of money to run their facilities (small photovoltaic installations, e.g. solar panels, should continue to work according to the current system).

What Germany is producing their "current" from:\[

\] Thanks to the auctions, the government will also place the number of new sources under a better control. However, the Germans won't give up their goals to achieve the green energy economy. Around 2025, 40-45% of electricity should come from renewable source. The percentage should grow to 55-60% ten years later. And this ratio should exceed 80% by 2050.

It is like the first man on the Moon

After all, key cabinet members are repeatedly talking about the importance of painting Germany green. "Energiewende is the German answer to the American efforts to bring the first man to the Moon," Frank-Walter Steinmeier, the minister of foreign affairs, has repeatedly said.

According to critics, however, not even auctions may cure all the diseases that Energiewende, funded by 20 billion euros a year, brings. There is still an insufficient connection between the windmills in the North and the industrial companies in South Germany – which causes problems to the domestic grid.

As the fraction of the green sources goes up, they are still incapable of reducing the production of greenhouse gases because the coal power plants remain important. Moreover, electricity only represents 1/5 of the energy consumption in Germany. And transportation and heat production haven't made a visible progress in efforts to reduce the emissions.

As Clemens Fuest, a boss of the influential Munich-based Ifo Institute think tank, says, the Energiewende has three goals: to keep the supply of electricity reliable and safe, make them more price-accessible, and reduce the emissions by 95% between 1990 and 2050.

"Not a single one of these goals will be achieved. The Energiewende is a rotten apple from the beginning. We have created a centrally planned economy dependent on subsidies. Wind as well as solar lobby are now fighting for their survival and politicians find it hard to confront them," Fuest says.

A graph shows that the contribution for reneable energy has grown from some 1 eurocent in 2003 to over 6 eurocents in 2016, while the renewable sources' proportion in the electricity production went from 7 percent to 30 percent in the same period.

Robert Máslo, 17/0: Regular Germans are calling it EnergieEnde instead of EnergieWende.

Jaroslav Bajer, 15/0: What the red-green fanatic Merkel has done to the German energy industry has damaged the country for decades. For the regulation of the grid, the so-called hard sources are needed, i.e. heat-based, nuclear, and hydro plants. We can't do things without them so far. The fact that electricity in Germany costs twice as much as in Czechia is a reality. Most countries are now focusing on the nuclei. Germany will return to that policy once it gets rid of Merkel.

Marcel Bílý, 15/0: And adjacent countries must pay billions to protect their grids against the sudden bursts of flowing Germany energy.

Tomáš Bařina, 15/0: Production of electricity is similar to the situation of food. It's ideal when it's diverse, balanced, and makes economic sense. Appropriate is such a mix that doesn't create dependences and is compatible with long-term sustainable development's principles. However, the current world seems unable to learn, lots of decisions are extreme, and extremism is not only dangerous but also pernicious. At any rate, the article isn't written well, the editor shows his lousy technical knowledge, bad ability to think critically, and ability to compare data in the context. The whole concept of Energiewende has one crucial "but". Its viability depends on an extremely wealthy Germany which may afford to waste and people must also have high enough incomes to be able to pay for it, not to mention appropriate conditions in Nature. At the same moment, no decrease of CO2 has taken place, only the inputs have changed.

Leopold Prokeš, 11/0: The energy from wind turbines can never work in Czechia. In our country, the blades are killing thousands of birds and the noise exceeds the allowed limits. Also, the aesthetics of the country is being degraded by the rape fields.
Luboš Motl v 8:51 AM
Share