A gigafine for Deutsche Bank is a plain robbery

Deutsche Bank, a major German banking institution, is another source of recent economic worries, partly due to a gargantuan fine that the U.S. Department of Justice wants to charge the bank. If you pick an informative article, you will learn that the fine was supposed to be $14 billion – wow – but it's plausible that both sides will agree with a more humble amount, $5.4 billion, a promising possibility that has been improving the market sentiment since Friday afternoon. 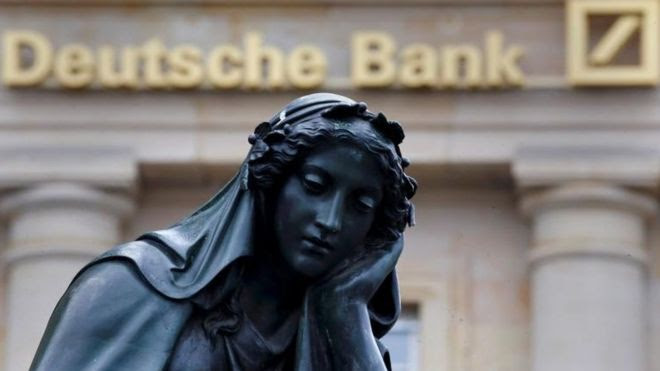 The total assets of Deutsche Bank are almost $1.8 trillion but the equity is just around $70 billion if you believe some 2015 numbers. The fine $14 billion would be equivalent to 20% of the total value of the banking institution. Moody's just publicized its opinion that even this high fine wouldn't be existentially threatening for Deutsche Bank but 20% is a huge change, anyway.


What has Deutsche Bank done so that the tough guys and ladies in the department of justice of a country – not even the main country where Deutsche Bank operates – feel "entitled" to steal 20% of the company? Before the financial downturn in 2007-2008, Deutsche Bank was selling securities backed by mortgages. €2.75 billion worth of them.


It seems weird that a bank in the Western world could be "banned" from selling securities backed by mortgages. What's wrong about it? But even if those securities failed to be kosher, a fine of $14 billion is absolutely disproportional. The magnitude of this fine is about 5 times larger than the total value of the disputed securities. But the bank was supposed to make the profit of at most a "dozen of percent" of the value of the security, much less than a billion. How can someone think that it's OK to punish the bank by a fine exceeding $10 billion? It's insane.

I find many aspects of this story – and many similar stories about fines that rogue governments try to impose on big companies – extremely disturbing for many reasons.


First, these fines threaten the health of the companies and, in this case and several others, the health of whole national economies and the world economy.

Second, as I said, the magnitude of the fine is extremely exaggerated and the fines generally seem to grow to the liquidation territory. They parameterically grow as the governments' self-confidence or arrogance grows. The government bureaucrats apparently increasingly feel that they have the right to liquidate companies that they have randomly picked.

Third, the choice of the companies that are harmed in this way seems largely accidental, as I will discuss below. And the press doesn't even seem to be interested in the justification. We read many newspaper articles about the planned fine but almost none of them dares to ask why are these things happening to Deutsche Bank and others. No one investigates the scandal that the rogue limbs of governments even dare to suggest such things. The journalists fail to do their expected work, some of them are terrified by the governments, and some of them are openly teamed up with the governments.

Fourth, all these witch hunts are designed to increase the fear factor and spread the pseudoscientific theories and ideologies, in this case about the causes of the 2007-2008 downturn.


Let me say a few words about these matters.

We may ask the question: Who caused the 2007-2008 downturn? The fine for Deutsche Bank is meant to strengthen the people's belief in conspiracy theories that all the evil is caused by some evil bankers etc. This general point is rubbish, of course. It's much more accurate to say that the real estate bubble – which led to the problems in 2007-2008 – was caused by mostly left-wing politicians who were spreading the ludicrous meme that all their voters should be able to afford a mortgage etc. and the subsequent pressure on the lenders was what increased the deviation from a healthy equilibrium.

In a healthy market economy where people and company seek profit, the dramatic volatility resembling the years 2007-2008 would be very unlikely. In particular, the securities and derivatives issued by the banks were in no way excessive and the amount of risk they would carry in an otherwise undistorted economy would be totally fine.

But even if you accepted the ideology that the "evil big banks caused the 2007-2008 downturn", rather than unwise interventions and distortions by the governments, you should still ask: Which institutions should be blamed? Only very recently, I saw first suggestions that Deutsche Bank should be considered a top culprit. Why not Goldman Sachs, JP Morgan, or anyone else? They've been discussed much more frequently. Why did the department of justice choose exactly Deutsche Bank as their main target now?

Needless to say, the same question arises in many other situations – e.g. the witch hunt against Volkswagen. Why Volkswagen (which produces the cleanest diesel engines according to the latest study, by the way; graph)? Almost no one seems to ask these questions. It's being increasingly accepted that the governments may pick a company according to its own arbitrary, malicious, and non-transparent criteria and harm it or perhaps even destroy it.

Also, it's obvious that with the help of similar fines, governments are increasingly robbing foreign companies. The European Union apparatchiks target Google, Apple, Microsoft (U.S. companies), and their alleged monopolies and tax breaks in Ireland. The U.S. government prefers to target Volkswagen and Deutsche Bank. It should be understood that even if we accepted that the West is turning into a set of countries with dominant governments that routinely impose almost lethal fines on big companies, the governments really can't have this kind of sovereignty over foreign companies.

Such an attack of a government against a primarily foreign company is an international conflict of its own kind. It's a decision that, assuming that the governments serve the citizens of their countries, unavoidably increases the international tension. Under normal circumstances, the governments of countries where the demonized company has its headquarters should try to defend these companies against unfair attacks from abroad. These governments aren't really doing this job.

Angela Merkel's government seems willing to throw Deutsche Bank under the bus. This is something absolutely unacceptable and, not surprisingly, all productive important people in Germany support Deutsche Bank, including the chiefs of main DAX corporations such as Daimler (Mercedes), Munich Re, Deutsche Boerse, Siemens, BASF, RWE, and E.ON, have expressed their support for Deutsche Bank or "complete confidence" in Deutsche's management. (Volkswagen would probably join as well if a U.S. government's tough guys weren't pointing at their foreheads.)

The bosses of these companies – and these companies are who is primarily responsible for Germany's being an impressive country, not a multiculturalist ex-chemist from DDR – are unambiguously supporting Deutsche Bank in this conflict. There are also many German politicians at "somewhat important" positions who complain that the U.S. is waging an economic war against Germany and these "extortionate damage claims" are one of their weapons (the boss of the lawmakers' economics committee said). 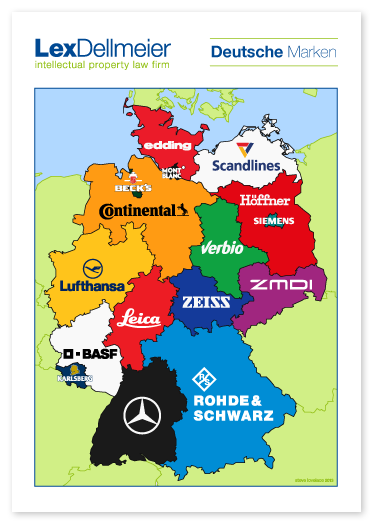 But the likes of Angela Merkel are silent and they prefer to lick the rectums of Barack Obama and his thugs. Just to be sure, the mirror statement holds, too. Obama's government does virtually nothing to defend the U.S. companies from the attack by the EU Commission and similar filth. It almost looks like the governments on both sides have made an agreement to go after the necks of the big companies from the other side of the Atlantic Ocean, in order to increase the governments' power relatively to the private entities in the whole Western civilization.

I hope that sometime in the future, the productive part of the nations and economies will team up in some way and stop this growing, disgusting terror by the governments.
Luboš Motl v 9:39 AM
Share