Greek yogurt isn't a yogurt made in Greece

I honestly don't remember when the European Commission did something that wasn't insane or completely, fundamentally wrong.

One of the recurring themes are the EU apparatchiks' opinions about "how we can or cannot name things". Among the decisions that are most notorious in Czechia, we were told that the domestic rum cannot be called the domestic rum and the butter spread cannot be called the butter spread. In a confrontation closely analogous to one described below, Greek politicians wanted to ban the word "feta" (Czech: "Balkan cheese") in the U.S. 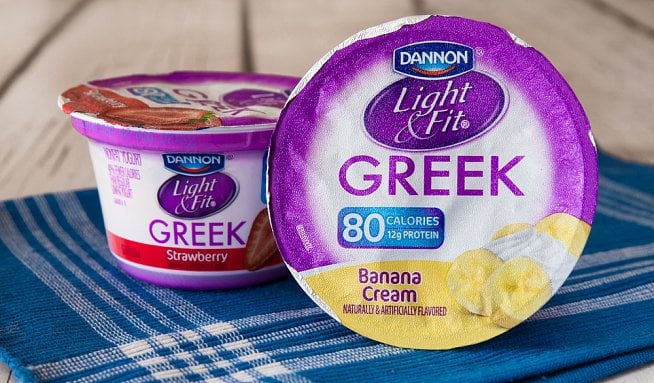 Greek yogurt is sold under this name in the U.S.

The European Commission has just added another classic when it voiced its opinion that the Greek yogurt produced outside Greece cannot be called the Greek yogurt. These children left behind believe that the adjectives such as "Greek" represent the country of origin of the single actual product.

If the idiots knew at least something about the language and the real world, they would know that the Greek yogurt is a textbook example of a generic brand or a generic term. The adjective describes the noun – a food product, in this case and many others – by the characteristics and the characteristics are classified by geographic names they are positively correlated with. But that doesn't mean that the adjectives express the same thing as the country of origin of a single product.


Greek yogurt is a type of a yogurt that detectably differs from most of the yogurts we may buy in our supermarkets by its taste and other intrinsic features. It's denser and sometimes has low fat but it may have lots of fat, too. The real difference is the high protein content – the higher viscosity is a consequence of it. It may taste sour or sweet and somewhat exotic to us – and we realize that this is the kind of a taste we know from our vacations in the Balkans or the Southwest.

After all, the Greek yogurt was probably not invented in Greece but rather in the Middle East, Central Asia (according to Wikipedia) or Turkey or Bulgaria. Nobody knows for certain.

When I say that it tastes "exotic", it doesn't mean "better". It's different – probably worse. The Greek yogurts are not more expensive than the ordinary ones and most of the market are ordinary yogurts.


The Eurosoviet and Greek government's argumentation is silly at basically all levels.

First, they say that the Czech producers of Greek yogurts want to mislead the buyers and make them think that the product was made in Greece. But the country of origin (and lots of other data) may always be found on the package within seconds. Moreover, if the buyers thought that the product was made in Greece, it would be hurtful for the sales. One poll after another shows that Czechs consider the Greeks to be the laziest, least productive, and least reliable nation in the EU. Ask any Czech and he will tell you that he prefers traditional Greek products to be made by Czechs or Germans.

If someone bought a yogurt because he was persuaded that it was produced in Greece, it's probably because he was shocked that the Greeks are also capable of producing and exporting something. In almost all cases, he finds out that it's not the case and won't buy any yogurt for the same reason again.

Second, they complain that the containers with the yogurt contain pictures that look like pictures of Greece – or sometimes more general scenery reminding us of the Balkans. What a shock. A picture of some typical Greek houses is just a visual synonym of the word "Greek". So everything I say about the usage of the term "Greek yogurt" obviously holds for a "yogurt with a picture of a Greek building", too. (Check for Greek yogurts at kosik.cz to see a partial selection.) The adjective "Greek" or the "picture of the house" have the purpose of informing the buyer about the type of the product that she will find inside. But the picture isn't a precise photograph of the product. The Greek yogurt package doesn't contain a Greek building. A toy with a blonde girl pictured on it doesn't contain a blonde girl, either. And it would be totally crazy to suggest that people outside Greece can't draw pictures of Greek buildings on their products. Islamic countries may prevent you from drawing Mohammed or other things but the civilized ones cannot.

Third, I think it's self-harming for them to actively reduce the usage of the adjective "Greek" outside Greece, especially when it comes to products that look "relatively recent", because if other nations were using the word "Greek" for such things, they could live under the impression that the Greeks have achieved something in the recent 2000 years and this impression is a good thing for the well-being of Greece. A good publicity is an even better publicity than the bad one – something that the contemporary Greeks, i.e. Bolsheviks, seem to absolutely misunderstand. The Greek leaders may pretend that they are defending some Greek producers – except that there are no Greek producers who are any competitive in this industry and even if one existed, using the word "Greek" more often wouldn't help him.

The Greek minister's (Evangelos Apostolou's) claim that "the term Greek yogurt is tied to a particular country that the product got its reputation from" it totally untrue. The product was probably invented in Bulgaria, not Greece, and a vast majority of the Greek yogurts – and also the most wanted and popular Greek yogurts – are (and were for a very long time) produced in other countries than Greece. The usage of the adjective "Greek" is useful exactly for the opposite reason than he thinks – it's useful because the product is made almost everywhere and the adjective "Greek" is very special and conveys some information.

There may exist trademarks and regional brands etc. that are protected by some laws, patents, copyrights, trademarks, or treaties. But "Greek yogurt" just isn't and can't be one of them. When such exceptions were being decided at the EU level a few years ago, Greeks didn't propose "Greek yogurt" to be on the list. And I think – and the Czech experts think – that the process was still relatively sensible and the Greeks wouldn't have received this additional protected brand even if they begged.

It just doesn't make sense for them to claim this right because it doesn't even seem likely (or at least well-known) that they invented or started the actual product or technology. This is different from the EU-protected brand such as "Czech beer". But that brand 1) isn't really used by anyone else in this form, 2) even if it were, no one in Czechia would care much, 3) the term was basically newly created. But Greek yogurt has been a part of our language (and other languages) for a very long time.

So it's terrible that the Greek and EU crackpots completely misunderstand these basic issues about the languages. They shouldn't have been allowed to pass the basic school – let alone be certified as adults who can become politicians. It's just terrifying that this sort of idiots is allowed to behave as if they had the credentials to moralize in whole countries if not continents.

Let me end this blog post with a few examples of totally analogous generic names.

Greek yogurt doesn't have to be produced in Greece. The American football doesn't have to be played by Americans or in America. An African American didn't have to be born in Africa. French fries don't have to be fried in France. The Russian wheel (the Czech name for the Ferris wheel) doesn't have to stand in Russia or be built in Russia. Italics represent a font that is written outside Italy and the Italians don't get any dividends from that. Similarly, Romans and Arabs don't get anything for Roman and Arabic numerals. CERN uses the Brazil bands (named after the flags' two colors) with the 1-sigma and 2-sigma confidence bands but the Brazilians get nothing for that fact. Similarly, physicists who study symmetry breaking don't pay any money to Mexico for the Mexican hat potential.

The Russian ice cream (in Russia: Soviet ice cream) doesn't have to be produced in Russia or the Soviet Union. The Italian ice cream or gelato doesn't have to be produced in Italy. And indeed, Pils isn't produced just in Pilsen – it's 90% of the beer in the world. The Debrecen ham – which is everywhere in our supermarkets – almost certainly wasn't produced in Debrecen, Hungary – it's just a town that was once strongly associated with this type of a product. The very same comment applies to the Polish sausage in the U.S. or the Hungarian (Uherská) sausage in Czechia. Turkish coffee doesn't have to be prepared in Turkey and Arabic coffee doesn't have to be prepared by Arabs. Turkish honey (Czech term for turrone) doesn't have to be made by Turks, either. (Erdogan may read this blog post and join his Greek comrades and protest against the Turkish honey – we've used the term for some 500 years.) "Portikali" is the Bulgarian word for oranges and it's directly derived from the word Portugal from which they used to be imported but Portugal gets zero dollars for the Bulgarian oranges.

Most parties serve food on the Swedish tables (I decided that a "buffett" is the actual U.S. English equivalent of the main idea that the Swedish table conveys) although no Swedes are involved. Swiss or emmental cheese didn't have to be made near the Emme River or elsewhere in Switzerland, for that matter; it just needs the holes from the CO2 bubbles.

German Brod (although currently called Havlíček's Brod) is a town that was never on the territory of Germany (except for the Nazi occupation era) because it's located in Central Moravia. Spanish dances and Argentinian tango don't have to be danced by dancers who pay taxes in Spain or Argentina. Monte Carlo simulations don't have to be run on computers in the Principality of Monaco. You don't need a French partner or a French company for a French kiss. Western values don't need a Western country or a Western person – and what an inhabitant of the West believes aren't necessarily Western values. One may lecture on Austrian economics even if he isn't Austrian. And I could continue for hours.

So please, Greek and EU Bolshevik comrades, learn some basics about linguistics and the real world and before you do so, please, shut up. Thank you very much.
Luboš Motl v 9:55 AM
Share