According to the latest Rasmussen and IBD/TIPP poll, Donald Trump is 2 percentage points ahead of Hillary Clinton. There are many polls showing Clinton as the frontrunner, by 3 points in the case of the UPI/CVoter poll, sometimes by as much as 12 percent as in the ABC poll, but if you look at all the data, there's no reason to think that numerically, the looming U.S. presidential election is something else than an old-fashioned tough battle between two comparably strong partisan candidates, a ritual that pretty much defines the American republican system. 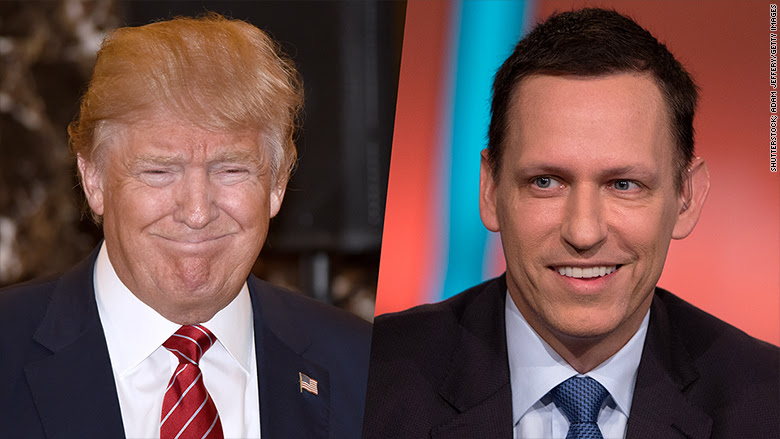 That's the main reason why I am so stunned by the Gulag-style treatment of the folks who "dare" to support Trump – which represent something like one-half of the U.S. population – and Trump himself. Many of these extremists who want to turn the U.S. into a Soviet-style totalitarian empire live in the Silicon Valley. For example, a bunch of Facebook employees had a plan to delete Trump's FB posts as "hate speech". These posts were describing his policies towards the Muslim minority and immigration.


At the end, Mark Zuckerberg showed that he's both an "emperor" at Facebook and he hasn't lost his mind completely. But it's hard to overstate how insane these self-appointed censors are. After many decades, Trump may be the most out-of-the-establishment candidate but when it comes to his views and policies, he's not even extreme in any meaningful sense. One might argue that his views on many issues are centrist and moderate.


The Donald has an O(50%) probability to win the elections in two weeks or so – because he's backed by hundreds of millions of Americans. But these insane Silicon Valley censors live in a virtual reality where they believe that they may treat Trump and his supporters as some kind of pollution they have a control over. Apologies but you simply don't rule these hundreds of millions of Americans.

Trump's supporters get a very tough treatment, too. Peter Thiel, a libertarian billionaire whom I met in 2010, donated $1.25 million to the Trump campaign. It would be a nice amount for me and 30% of the TRF readers – but it is a modest one for Thiel, Trump, and 70% of you. ;-) The New York Times is among those outlets that describe Thiel as "toxic" for this reason. According to all these sources, Thiel is a witch who must be hunted, who must apologize etc. Those far left whackos want Thiel to be fired from the board of Facebook and Y Combinator just for his support of Donald Trump.

Again, Zuckerberg – whom Thiel has praised intensely and repeatedly – has played the role of the adult in the room. Thiel won't be fired from the board, Zuckerberg said, because he increases the diversity of the board and the Stalinists have to postpone their plans a little bit. All of these things are insane. It's very likely that Facebook of the caliber that we know today wouldn't exist if Peter Thiel hadn't existed. He was the investor who promoted the small-scale project to an ambitious company. Now, some rank-and-file employees who are completely f*cked-up as proven by their fanatical left-wing ideology as well as methods feel that they may decide about the fate of the Godfather on the board. They basically show that no amount of achievements may ever protect the people who are labeled politically incorrect by their "progressive" mob.

And you find would-be important people who say (e.g. on CNBC) that they would absolutely dump a Trump donor. This particular aßhole is named Chamath Palihapitiya. I've never heard of the name and I can't memorize it – copy and paste was essential to write the previous sentence. This Asian aßhole has clearly understood nothing about the Western civilization and he doesn't belong to the West – and be sure that this very trivial observation "raus" would be enough to call me politically incorrect, too. But the atmosphere has become so f*cked-up that CNBC is reporting on the opinions of this inconsequential deluded aßhole on whether or not Peter Thiel should be dumped from a board of a company he was so essential for.

What I say about the Indian not-so-gentle man also holds for Ellen Kung Pao, an ex-boss of Reddit. You just don't belong to the West, slut, and the people who tell you otherwise are lying to you. Raus!

Scott Aaronson has a blog post that is apparently about dumping Thiel, too. It's very long and has attracted over 120 comments. I just can't possibly understand what these people are discussing over there. They must be asking whether Trump supporters like Thiel should be dumped from boards. That's a very good question, Zack, they must be saying.

No, it's not. How can somebody possibly think that they would be firing a Trump supporter from a board of a large company? That's a great question! OK, let's not worry about Thiel, we've set our laser to Stun.

But this kind of an openly non-democratic treatment of the political opponents has become so standard among the leftists and Trump haters that you simply can't be surprised that impartial and intelligent enough people do notice what's going on. So according to a recent Reuters/Ipsos poll, 70% of Republican voters think that if Hillary wins, it will be because of illegal voting or vote rigging.

Such a huge percentage of people who distrust the basic mechanisms of the American republican system is alarming by itself. It seems rather likely that the result of the elections – whatever it will be – will be contested. But in the sequence of worrisome events, the distrust is not the first cause. It's a consequence of something else: the absolutely unacceptable methods that the "progressives" use against all the people who disagree with them.

Of course if someone finds it OK to fire Thiel from a board of a company he helped to create because he is a Trump supporter, he may very well find it right to strip a voter who supports Trump from his right to vote. What's the difference? Every voting district that has a critical amount of these f*cked-up leftists among the administrators is at risk of producing fraudulent results of the elections.

The far leftists' intolerance towards the political opinions they consider "politically incorrect" has surpassed the limits of sanity. Mark Zuckerberg, to defend Peter Thiel's right to serve on the board or Donald Trump's right to describe his views on the co-existence with Muslims is OK but it is not enough. You simply should fire the folks who want to censor and harass a subset of Facebook users – a subset that may be comparable to 50%. These employees are really threatening O(50%) of the Facebook revenues because they're threatening the compatibility of Facebook with all the users who think that Trump makes good points at least sometimes. I've already largely left Facebook – not just for this reason, of course – but hundreds of millions may follow.

It's the people who are trying to legitimize the question whether Trump should be censored and Thiel should be fired who are a toxic liability that every sane company should abruptly get rid of. They're not loyal employees who primarily work for the company. Instead, they are ideologically driven activists who want to sabotage the conservatives, American patriots, libertarians, trickle-down economists, and many others and who don't hesitate to harm the company that pays them at the same moment if it helps their "cause".