A recent blackout on Australia has been blamed on the irregular sources of energy, especially the wind turbines, by some people including the prime minister. Others disagree.

Whether or not a particular problem such as this one should be blamed on "renewables", it's clear that their irregularity brings a serious problem for the grids, a problem that may very well beat the advantages. 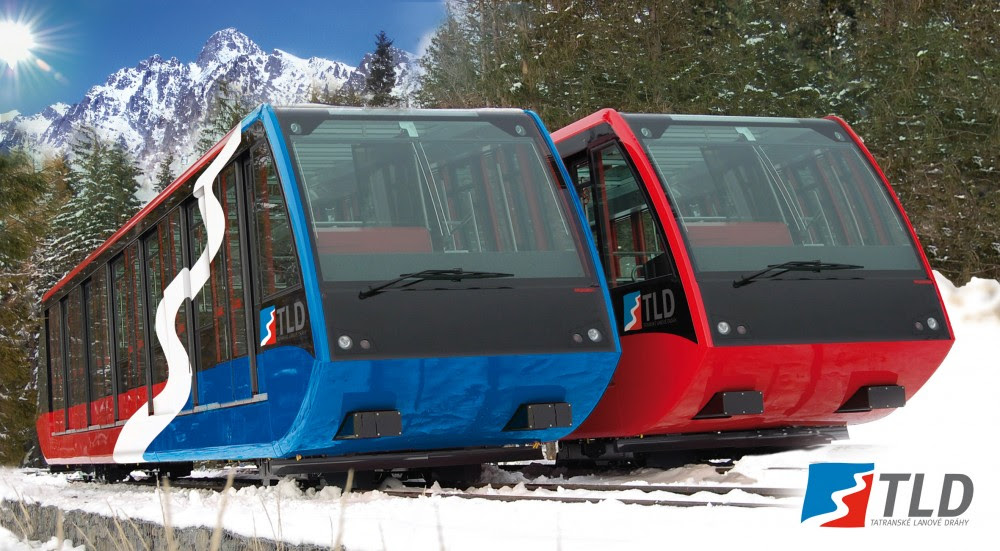 An obvious way to fight against the irregularity is to store the extra energy and use it when the wind isn't blowing or when the Sun is not shining. Every physical system in Nature carries energy so it is a potential candidate for energy storage. The only question is which mechanism does so efficiently (and boasts the required capacity) and which doesn't.


Some English-language media (and a Czech server) talk about the Sisyphus Railroad. A U.S. company named ARES wants to do a simple thing: build a railroad that leads nowhere and whose task isn't to transfer people. Instead, there's a heavy train on the tracks. When there's excess electricity in the grid, the train is driven to go up and collect the potential energy. When the electricity is missing, the train generates it by rolling down.

ARES people claim that they may achieve the efficiency of 85%. You store 100 joules of energy when there's excess and you may get 85 joules in the opposite phase. This sounds incredible to turbine experts in Czechia and to me, too. But there is a number and the number may arguably be increased as the technology gets better. 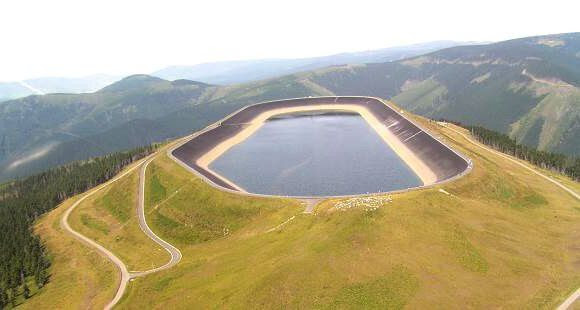 Czechia has a "wonder of the world", a pumped storage hydroplant Dlouhé stráně (Long Hillsides). The energy is stored in the potential energy of the water which is being pumped from the lower lake to the higher one or vice versa. The trains are analogous except that they could be cheaper and less damaging for the landscape.

Potential energy is just one of the "simplest" forms of energy. The other one is the kinetic energy. You may also store the energy in flywheels – a heavy object is brought to rotation and the rotation may be decelerated and used to produce energy when you need to spend the energy. I guess that the storage systems based on the potential energy have the advantage of a faster reaction rate. Within seconds, you may switch the train from a sucker to a generator or vice versa. It may take a longer time to do it with a flywheel.

A few days ago, I was computing some estimates, just to have an idea how much stuff you need to move to what heights in order to save the energy for one person and a day. If you are consuming 100 watts in average, it's like lifting 10 tons by 1 millimeter each second. I chose 1 millimeter because in a day, it makes 86,400 millimeters or 86 meters. In half a day which may be enough in the cycles, the elevation is some 42 meters. You may get the elevation almost everywhere.

In this counting, if every person had a 10-ton weight somewhere which would be moving up and down by 86 meters every day, it could be enough to solve the energy storage problems for him. Needless to say, 10 tons of a material costs almost nothing because it can be basically any material. You just need the "train" – or perhaps a "streetcar" or a "trolley bus" – that lifts the weight back and forth.

We don't want to build 7 billion new useless railroads or at least I don't think it's a good idea. The individual people's needs must be consolidated to a limited number of storage systems. The Pilsner Region with 1 million people might need to reserve some 10 million tons and lift them by the dozens of meters, back and forth. It's a lot but maybe the economics isn't so hopeless.

Imagine that it's a giant iron cube that is being moved by those 86 meters a day. 10 million tons translates to some 1.3 million cubic meters of iron – am I doing a mistake? – or a cube whose side is 108 meters. So the storage system sufficient to store the daily energy for Prague or the Pilsner Region could look like a huge train with the 108 meters x 108 meters x 108 meters cargo that is being dragged on the tracks by 86 meters, up and down. How much machinery do you need to achieve such a thing?

It may be better to divide this task to 1,000 smaller storage systems for the Pilsner Region, each of them would have a 11m x 11m x 11m cargo. Maybe a giant, 30-meter screw could be a great idea:

The screw may move up and down within the nut and store the potential energy. It's like the train except that the railroad is spiral-like and could be able to hold much more material inside.

These sound like big numbers but people haven't needed huge storage of energy so far which is why they haven't played with such big chunks of matter. But moving millions of tons of rock in two directions could be both simpler, cheaper, and more long-lasting device than lots of lithium-ion or other batteries.