Hillary has done lots of illegal things with her e-devices and lied about most of those things – about the existence and number of her private servers and devices, the existence of classified e-mails on them, and many other things. The FBI – whose members said that an indictment was likely – also seems to claim a 99% certainty that the e-mails were hacked at least by five foreign powers.

Hillary and Eleanor are shaking their hands

Well, Barack Obama has lied about the servers as well. That may be a simple reason why he's been trying to bully the investigators in recent days. In spring, he told the TV viewers that he had learned about the secret Hillary servers from the press. In reality, he knew about them, he was sending and receiving lots of e-mail from/to them, and he was specifically informed whenever Hillary changed something about some of her e-mail addresses – six times in total.

While an ordinary person would probably be punished for this carelessness harshly, I still think that this borderline computer incompetence is something that could be sensibly forgiven because lots of people of Hillary's age just don't understand the computers or the need for the security and other things.

I am more interested in the beef and the beef seems much more troublesome. One problem is the corruption through the pay-to-play schemes. In particular, it turns out that the Clinton Foundation and ISIS are twin sisters, funded pretty much by identical sponsors that include the ruling families of Qatar and Saudi Arabia. The Clinton Foundation has received some $10-$25 million from the former and $1-$5 for the latter.

Aside from the Arabs, Hillary was paid and helped the UBS avoid the IRS. The Clinton Foundation got a part of the money from a Russian uranium deal (for bribes, she has sent 20% of U.S. uranium to "hostile" Russia). She got $12 million for a Moroccan meeting. Disgrace in Haiti.

There were several other things that shocked me and made me understand why many FBI agents refer to Hillary as the Antichrist personified. Even though I can imagine that she will be a president (and pardoned by herself or Obama), I would personally vote for a "life in prison" if I were a jury member.


But I want to focus on a different theme: Hillary Clinton and science. Lots of mainstream media have told us that Hillary was a pro-science candidate or that, as she said, she believes in science. It didn't make sense to me but finally, today, I understood. It was a typo.

What she was saying was "I believe in a séance". The sounds are pretty much the same, they're just permuted a bit differently.


You know, science and séance differ. The former is scientific, the latter is not. In fact, whatever rightfully contains the string "science" is scientific; and whatever contains "sean" is probably not. For example, neuroscience is scientific while Sean Carroll is mostly unscientific.

We may have forgotten but some years ago, we were all impressed by that: while in the White House, Hillary Clinton communed with dead Eleanor Roosevelt's ghost (Bill Clinton confirmed it in 2012). At least that's what she told us. It would be quite an achievement for a pro-science politician. But for a pro-séance one, it's no big deal. 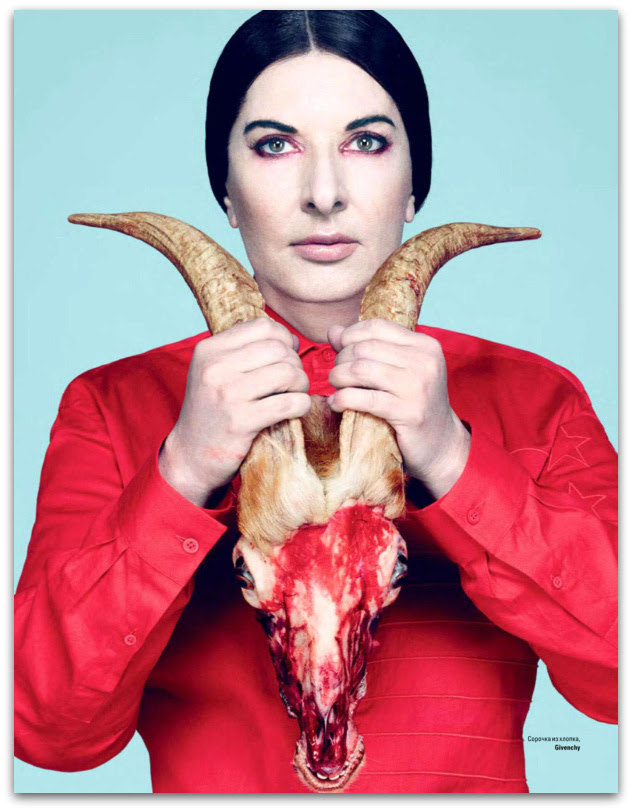 Some of us could have thought that it was an insulting joke or an anomaly and Hillary doesn't really talk to the dead. Well, I mostly made this conclusion as well. But during the last month, I was forced to revise this conclusion because of a June 2015 e-mail leaked by Wikileaks that was sent to John Podesta, a top aide of Hillary's, through his brother:


Dear Tony [Podesta], I am so looking forward to the Spirit Cooking dinner at my place. Do you think you will be able to let me know if your brother [John] is joining? All my love, Marina -- ABRAMOVIC LLC


Marina Abramovič is a Serbian Jewish "artist" (a similar one as Milan Kohout) – and the lady on the picture above. Those of you who are seantifically [sic] illiterate should also be informed that the incomplete animal partner of Marina's is known as a Baphomet.

Danger And Play gives us a useful review of these "spirit cooking" rituals. Abramovič and the Podestas are members of a sex cult. During the séances, they chant e.g.


With a sharp knife cut deeply into the middle finger of your left hand eat the pain.


Thank you very much, my pain from the broken smallest left toe's base was enough. However, you may try to buy the 1997 book on Spirit Cooking with essential aphrodisiac recipes by Marina Abramovič somewhere. If you fail to find the book, you may be satisfied with the following ten-minute 1997 video on spirit cooking:

Almost all other spirit cooking videos on YouTube were posted in the last 24 hours.

Using a bucket of mixed [pig] blood, fresh breast milk, and sperm, they paint the walls with instructions. You must first mix sperm with human milk. Fresh morning urine must be sprinkled over nightmare dreams. Again, try to watch the full video. If you are seantifically illiterate, you may learn lots of new things that you didn't even know to be ignorant about. ;-) Don't forget, these spirit cookers are telling you that you are an unscientific contrarians when you think that the climate sensitivity is probably lower than 1.5 °C.

And you thought that Anthony Weiner was strange, didn't you?

Incidentally, today (when asked about the dirtiness of politics), Czech president Zeman entertained his audiences by quoting Donald Trump who said (but it wasn't his invention, either) that Hillary can hardly satisfy America if she couldn't satisfy her own husband. (I was reminded of that when I read about the aphrodisiacs for the people around Clinton.) Trump's satisfaction tweet was deleted but so far, Czechia enjoys the freedom of speech so Zeman didn't have to erase or undo anything.

Please, give me some evidence that Jeffrey Epstein wasn't organizing spirit cooking over there as well.

With the talking to the dead and the spirit cooking, Clinton's occasional lip service paid to the climate hysteria looks just like another rank-and-file piece of the mosaic. Well, she can be elected but even when it comes to the balance between science and non-science, I would prefer a candidate who knows that the climate hysteria is a hoax and plans to appoint skeptic Myron Ebell as the boss of the EPA transition team; and a man whose uncle was an achieved scientist, engineer, and inventor, over spirit cooks and global warming kooks, among others.

But it's not even my nation's elections. Most Americans are being brainwashed by pure rubbish 24 hours a day so it's still somewhat likely that Hillary Clinton will be elected despite all these things. Maybe we should carefully think about the possible ways in which she can be pardoned or arrested or freed or replaced by her VP Kaine. 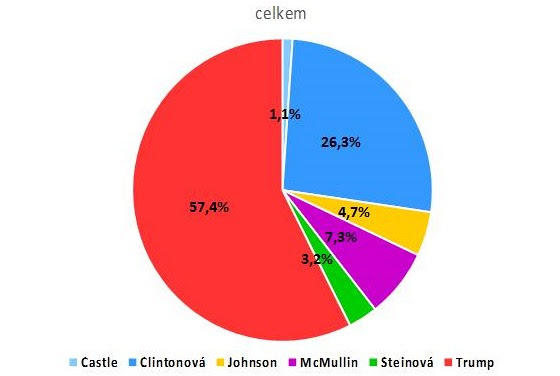