Musk wants to piss me off: Gigafactory #2 planned for Czechia

Elon Musk has done some good things but in recent years, he's been notorious for several Ponzi schemes, economically unwise big projects that have to be fed by subsidies and constantly added and exponentially growing new investments by increasingly brainwashed Musk investors who resemble a religious sect.

Tesla's PMD 85, a Czechoslovak answer to Sinclair ZX Spectrum in the mid 1980s. We did have those in Pilsen's Station of Young Technologists but PMD 85 was generally widespread in Slovak schools while Czech schools were full of IQ 151, a much less compact and overheated product. I've made programs for both.

One of his huge projects is Gigafactory #1 in Clark, Nevada. It's not completed yet but he is already planning to double the stakes. He has told DiCaprio that he wants to build 100 Gigafactories producing the same obsolete products marketed as a salvation of the Universe.

Back in the real world, he's already planning Gigafactory #2. And it should be in Europe. And an insider blog revealed something shocking for me yesterday: 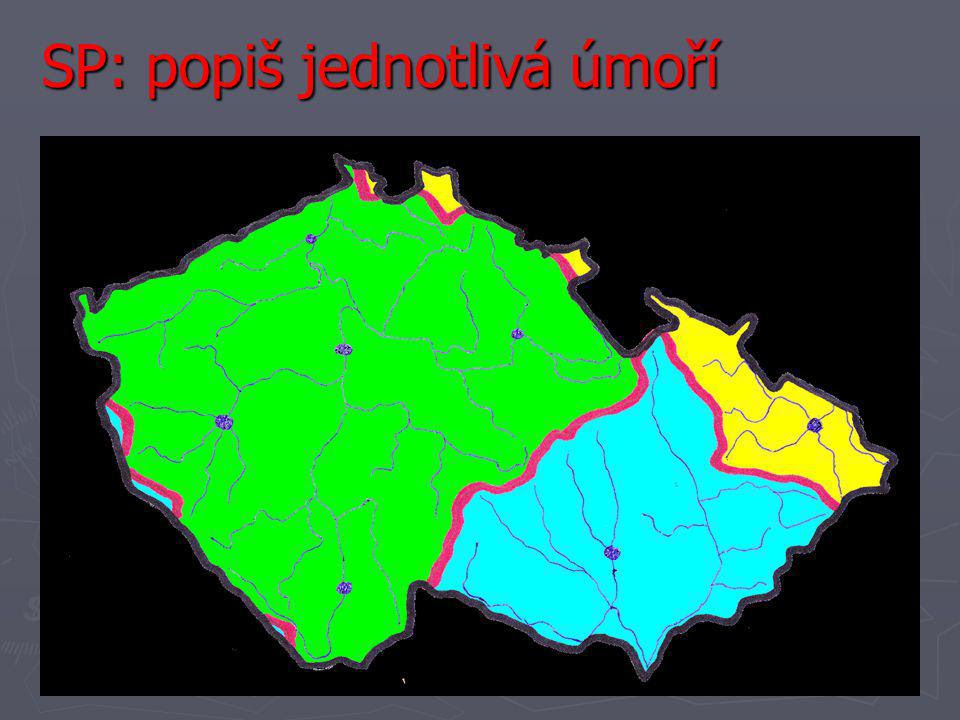 It's so perfectly located that every other country claiming to be at the center of Europe must know that they're full of šit. You may also see the continental (drainage) divide on the map of Czechia above. Much of Bohemia (green) sends the water to the North Sea (Northwest) through the Elbe River, the Silesia and the Northern strips (yellow) send the water through the Odra River to the Baltic Sea (Northeast), and the bulk of Moravia (cyan) transfers the water through the Morava and Danube River to the Black Sea (Southeast).

It's sort of crazy how accurately the drainage contours coincide with the boundaries between the 3 historical feudal lands.


OK, so it could be easier for the Gigafactory to export the batteries all over Europe. Many other similar producers could pick Czechia for the same reason. But yes, there exists a more specific advantage of my homeland that is related to Musk's business: We are a lithium superpower. Or we are going to become one.

Probes seem to imply that there is about one million tons (the Musk insider blog only says 330,000 tons, however) of lithium underneath Cínovec, Northern Bohemia (DE: Zinnwald, LumoEN: Tinwoods). "Cín" in "Cínovec" means "tin" – the metal (Sn) has been mined there for some 800 years and the lithium is a welcome modern bonus. Its value is of order of tens if not $100 billion (the price of lithium is of order $10,000 per ton now but I am no expert in any details here). Cínovec is a cute village in the (Sudetes) mountains on the East German border. Snowy Cínovec looks romantic on the photographs and Cínovec is a favorite place for skiers.

Billionaire Janeček's RSJ fund – that got rich by algorithmic trading and I know the #2 guy in the company sort of well – is probably beginning to work on the paperwork to start mining the lithium over there. But I didn't discuss any of these issues with VD when he visited me in Pilsen last month.

Cutely enough, Cínovec administratively belongs under a small nearby town of Dubí (DE: Eichwald, LumoEN: Oakwoods), officially a spa city famous for its glass and porcelain. Unofficially, however, modern Dubí is most famous for something completely different: cheap prostitutes. Their profits are much worse than they used to be. But they still think that Dubí is an optimal place to wait for the consumers that may accidentally get here from Germany. The lithium business would probably pay much more to the Dubí's coffers than the prostitutes.


Dad: Do you know that our daughter started to play chess?
Mom: Our Lucy? Why do you think so?
Dad: She just called us that she moves to E55 (that's the road where many of the sex workers are waiting for the clients).

Dubí isn't a large town, it's not a center of a district. The area around Dubí belongs to the Teplice district. Teplice is a larger spa town (one of the top 10 but not top 2 famous Czech spas) which is most notorious for its numerous Arab clients – and/or inhabitants – in recent years. I gave a talk in Teplice some three years ago and the Arab outfits couldn't be overlooked.

Musk probably doesn't want to build Gigafactory #2 directly in Dubí – it seems that he wants the plant to be much closer to Prague, perhaps just miles North of Prague. Northern Central Bohemia is a low-lying land with lots of fields but also some industry, chemical plants, and other industries. And Škoda Auto where the large automaker is located has headquarters in Mladá Boleslav, some 30 miles Northeast from Prague.

Well, if you look at the immediate Northern boundary of Prague close to the Moldau River, you also find Řež, the location of the ÚJV, an Institute of Nuclear Research.

A Czech website reports that CzechInvest, an agency, is working hard to win the project. They also suggest that if all the conditions described in the Musk insider blog are taken seriously, there only exists one place in Northern Central Bohemia where the land could be available, the so-called Žatec triangle, a 364-hectars industrial zone, Google Maps, Street View near Hitachi Automotive Systems. (Musk's partner company Panasonic has a plant both in the Žatec triangle zone as well as in a similar industrial zone here in Pilsen.)

The main square in the royal town of Žatec [zha-tets, DE: Saaz].

Žatec is a town with 20,000 people that has been famous for centuries because of its Saaz noble hops – which is used in almost all Czech pils beers, including and especially in the original Pilsner Urquell from my hometown. And this is the website of the Žatec triangle industrial zone. Dubí is some 30 miles away, Prague is 50 miles away, Pilsen is 60 miles away.

The company is supposed to produce both batteries and all the Tesla cars. I obviously think that Czechia is the best place for him among the choices. Our unemployment is currently lowest in Europe so it's not trivial to hire but we're capable of getting employees from nearby countries if needed.

As you may have noticed in many previous blog posts, Tesla could face some funny trademark problems in Czechia because Tesla has been a huge and famous Czechoslovak electronic company during communism. It was a monopoly that produced everything not only for the Czechoslovak market but for much of Comecon, too: light bulbs, radios, TVs, vinyl record players, components of circuits, telephones, telephone headquarters, clones of Intel microprocessors, our home computers, and so on (random pictures). With hindsight, I think that our electronic technologies weren't really delayed by 10-15 years as we used to say but only by 5-10 years. A de facto Czechoslovak counterpart of Sinclair ZX 81 if not Sinclair ZX Spectrum was PMD-85 – the numbers indicate the years and the technological gap. It was enough to see that our products couldn't be competitive; at the same moment, we didn't live in a technologically different kind of the Universe.

(Concerning the history, the name "Tesla" was natural because he was an important Slavic electro-revolutionary. More specifically, Nikola Tesla spent years 1936-1937 in Czechoslovakia, received honorary doctorates, and even the Order of the White Lion of 1st degree from President Edvard Beneš. At those times, Tesla wasn't really appreciated too much elsewhere.)

Because of the lack of competitiveness and the absence of Volkswagen-like foreign company that could save these outdated factories, Tesla didn't do great after the fall of communism. The company was split to many and most of them died as uncompetitive ones. However, there still exists one survivor, Tesla the stock company in Prague-Hloubětín which still produces antennas and everything around them, military microwave systems, whatever they exactly are, some healthcare gadgets as well as mobile facilities to purify water. If my translation has been inaccurate, I apologize.

Needless to say, the importance and capitalization of Tesla the Czech company is so low today that I would undoubtedly recommend Musk to buy all Tesla assets in Czechia including the trademarks.

Let me repeat that Musk has bragged about a plan to build 100 gigafactories which could produce enough batteries to store all the wind power – and switch the whole world to "renewable energy". A problem is that these 100 gigafactories would deplete the known world's lithium reserves in some 20 years. After 10 more years, the old batteries would die and the world would have no lithium left. I think that all such plans are extremely unwise. The world could survive a second Gigafactory, however...
Luboš Motl v 7:16 PM
Share