Now, at 10:36 am, I learned that the attacker was finally shot dead at 3 am in Sesto San Giovanni in Greater Milan, Italy (840 km away from Berlin), after a shootout and an obligatory "Allah Akbar". After he was asked to show his documents, he replied with the Islamic expletive, so the Italian cops reasonably concluded that it was a wrong answer and shot him dead before he seriously injured one cop (shoulder). A photo, a slide show, Street View (all such things are from my research).

Anis Amri who was born in Tataouine (now a Daesh stronghold in the desert), Tunisia, on December 22nd, 1992, has been proven to be the perpetrator of the attacks (by fingerprints and other methods). It really seems that Angela Merkel and her folks sent a birthday pie to him yesterday, on behalf of all the grateful German people.

The 2016 Berlin attack wasn't the bloodiest one among the recent Islamist terrorist attacks in Europe. But I think it's fair to say that it has been the closest one to the post-socialist Europe. Among the 12 victims, we find 7 Germans, one Polish driver, one Israeli, one Italian, one Ukrainian, and yes, a Czech woman, Naďa Čižmár who has worked for supply chain logistical "4flow Management GmbH" company in Germany for 2 years. Well, she's the third Czech victim of Islamic terror – tourist Mr Petr Kořán was killed in Egypt in 2005 and Mr Ivo Žďárek, the Czech ambassador to Pakistan, died in 2008. She's the first Czech victim killed on the European territory.

She's been missing since the attack and her husband (and their 5-year-old son) had to wait for 3 days to get the devastating news.

Čižmár is a Czech transliteration of a Hungarian surname (Csizmár or Csizsmár) – but that may mean as little as that 1/32 of her husband Petr Čižmár's DNA is Hungarian from a patrilineal ancestor a century ago – and she may have used the original, masculine form of the surname. But because the tally is Čižmár 106 – 100 Čižmárová, most Czech women with this name bend it just like any other Czech name. The first name Naďa is a widespread Czech – and more generally Slavic – first name.

My condolences to her relatives. By the way, they wanted her identity to be released which I find sensible.

But let's return to the Tunisian man.


Anis Amri was born in the desert as one of 4+5 siblings. It was already his first big crime, if I borrow a joke from a notorious Czech post-1989 nationalist politician and Mr Bean's lookalike. As a kid, he liked playing music, partying, and drinking, and became a high school (well, secondary school) dropout already at the age of 14. So much for the claims that we should think of the migrants as the elite – the surgeons, rocket scientists, and particle physicists.


In March 2011, a few months after Ben Ali was overthrown, Anis Amri and three pals took a boat and went to Italy. That has saved Anis from 5 years in a Tunisian prison because after he moved to Italy, a Tunisian court convicted him for stealing a car.

But that doesn't mean that he avoided prisons for too long. He has spent almost 4 years in six different Italian (mostly Sicilian) prisons for robbery, arson in a refugee center, and a burned school, among other things. Not bad.

With this impressive track record, Italy wasn't a sufficiently advanced country to appreciate his know-how. In July 2015, he moved to Germany and was oscillating between Berlin, Freiburg, and the Muslims' favorite rich paradise, North Rhine-Westphalia. In February 2016, he settled in Berlin and worked as a cook and a construction worker.

His Italian track record clearly wasn't a problem for the German authorities at all. In March 2016, German police had to open a file for Anis Amri, anyway, because he was fast enough to sell drugs in the notorious Görlitzer Park, fought another dealer in a bar with his fists, and planned a robbery to obtain weapons. Not bad.

OK, so now they already had to deport him or at least arrest him, right? Nope. In April 2016, he formally applied for asylum in Germany. Why not? He's such a skillful man who enriches Germany. More seriously, the asylum is ludicrous not only because he's been an experienced criminal but also because Tunisia is a safe country.

The only common-sense event took place in June 2016: deportation was ordered. However, everything that took place afterwards is insane again. Tunisia claimed that he was not Tunisian because he didn't have a valid Tunisian passport so they wouldn't take him back.

One of Anis Amri's passport checks. OK, that's pretty much the only joke in this blog post (let's hope it is not legit), the rest is sadly serious.

He is held in a prison for 2 days in late July but they see no way to deport him so he is released again. Even more shockingly, the monitoring of Anis Amri is stopped in September 2016 – probably because all his acts above prove that he is a saint according to the German authorities. He has been using 4-12 alternative identities – known to the German authorities – and no one seemed to care about that, either.

Fine, not surprisingly, Anis Amri may do whatever he wants. So he visits Abu Walaa, a Salafist preacher "without a face" linked to the Tunisian beach massacre. Anis Amri has also posted a video on one of his Facebook accounts – where he offers himself as a suicide bomber. Today, a 2-minute video where he pleads allegiance to ISIS has emerged, too. Zuckerberg and German law enforcement don't have a problem with that – harassment of AfD and similar folks (who just point out that the current immigration policies damage Germany) keeps them busy.

And on December 19th, Amri steals the Polish truck, kills the 11 people on the street (see a video with the moving truck), and then he kills the Polish driver who had to watch what was going on (the originally reported details were probably incorrect).

If you think that the absolutely outrageous attitude by the German police stopped soon after the terrorist attack, well, it didn't. 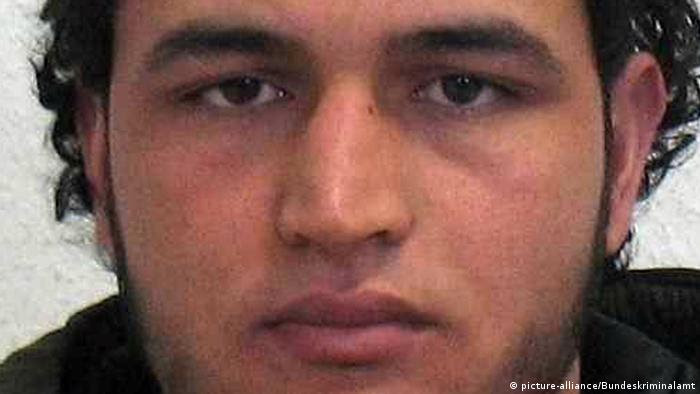 After the truck stops and the Pole is killed, he exits the truck, tells "Auf Wiedersehen" to his fellow Germans, and goes to relax into some of his favorite places of Berlin, as we will see.

His ID is found in the truck but this fact is only made clear 2 days after the attack. Now, I've heard lunatics who claim that it's a good idea to keep all the data about mass killers in secret, so that it's easier to find many of them. Are you kidding me? Needless to say, right after such crimes, one has to exploit as big a part of the available information as possible, and do it as quickly as possible. Every minute you lose may significantly reduce the chances that the perpetrator is caught.

It's possible that the policemen didn't have the idea to investigate the truck for two days – or to look at the ID that they immediately found. It's possible that they knew about the documents from the beginning but they were deliberately protecting the Tunisian criminal because the Arabs are oh so nice and allowing him to run as far as possible. At any rate, the results were predictable.

Hours after his truck attack, when we were already discussing the attack on TRF and elsewhere, security cameras have recorded him how he enjoys a mosque in Berlin (Perleberger St. 14, four kilometers away from the truck scene but 10 meters from the Police Directorate 33!) – the most likely mosque where you would expect a fanatic like that to go. He was also recorded by those cameras before the attack, on December 14th-15th. Needless to say, if they just used the information from the documents in the truck immediately, they should order to monitor all likely places and they would just catch him near the damn mosque. But they just didn't do a damn thing.

Imagine: In Germany, you can commit the dozens of serious crimes mentioned above, burn schools (in Italy), sell drugs, beat other drug dealers, plan robbery in gun shops, use up to 12 identities, then kill a dozen of people by a truck, leave your ID in the truck, and then happily go to your favorite mosque across the street from a police directorate and enjoy your time. Not surprisingly, he remained at large for some 3 days and it wasn't the Germans who neutralized him. He had to return to his "first EU country", Italy, and that's where he was finally killed in (Greater) Milan. I expect Angela Merkel to impose sanctions on Italy that has murdered her beloved compatriot.

In the story above, the number of points at which the German authorities miserably failed to do the right thing is just staggering – the police and its political overlords have sabotaged the security interests of the German and other citizens dozens of times. I actually believe that lots of the officials responsible for many of the insane decisions (and especially, for the absence of decisions) above – perhaps including Angela Merkel – should spend years in prisons themselves. They're partially responsible for the deaths. You may be politically correct, Angela, but you are a parttime murderer.
Luboš Motl v 8:19 AM
Share