How many problems were fixed by the inauguration?

First, off-topic. Google Maps have finally adopted the short name "Czechia" as the primary country name on their maps. The frequency of usage of "Czechia" has tripled since early 2016 but it's still a factor of 50 below the "Czech Republic". I am not dreaming about the eradication of the term "The Czech Republic". I just want many people with common sense to understand that it's so much meaningful to use a standardized official short name when it makes sense – e.g. on the maps where the room is often insufficient. 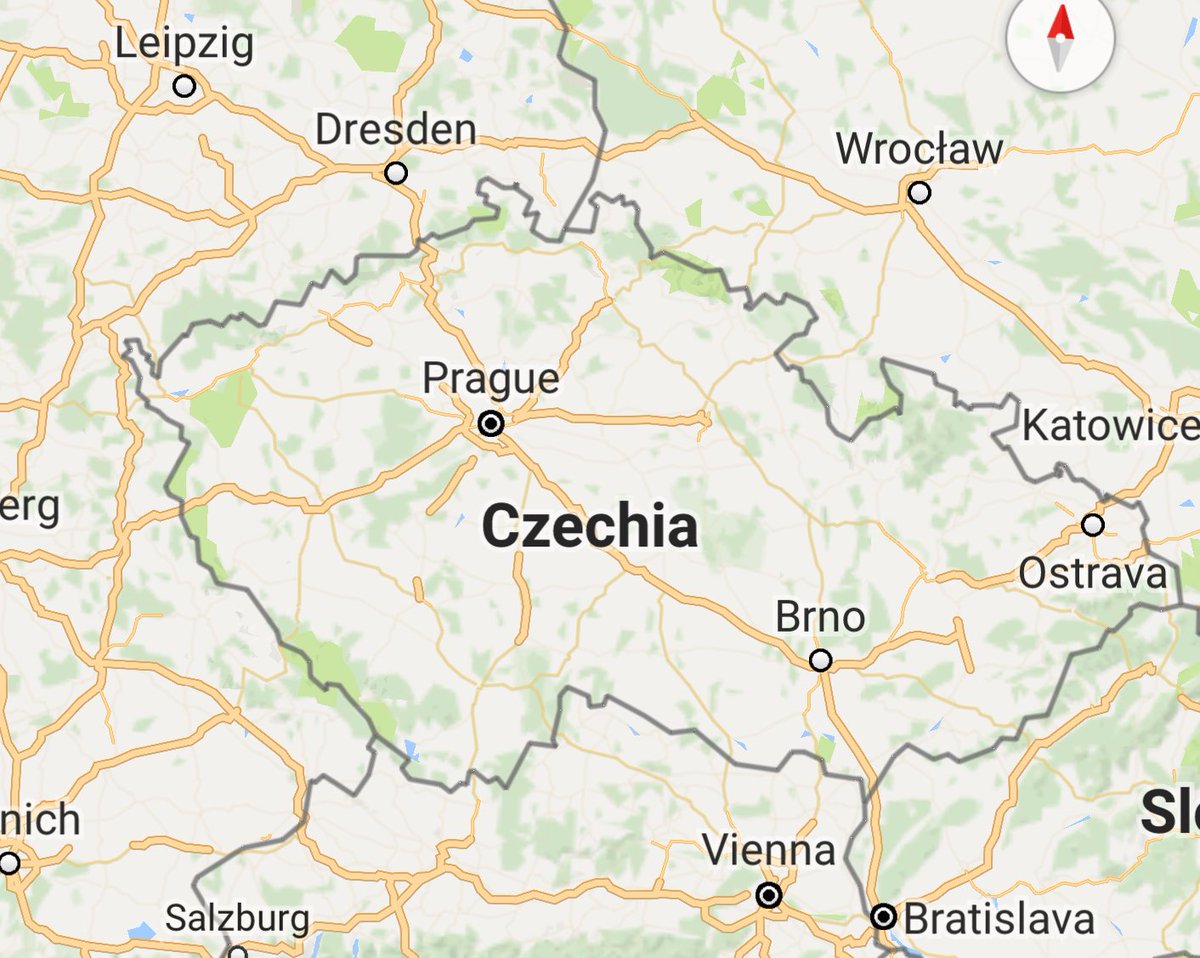 But back to the main topic. Many of us watched most of the inauguration yesterday. Donald Trump did well and I didn't expect otherwise. He has all the basic skills to be a good actor – and the inauguration is a ceremony that needs a good actor. He enjoyed it, gave a good and somewhat touching inauguration speech, but we didn't learn too much from it. Also, I would agree that the speech basically said FU to the rest of the world which hopefully justifies the detached feeling that unAmerican Trumpites like me may have experienced. ;-)


The anti-Trump terrorist groups have broken a few windows and burned a limousine but this sentence probably overstates their importance. The politicians from the outgoing regime – which includes Hillary Clinton – were smiling although much of the smile was highly artificial.

The number of people in D.C. was somewhat lower than when Barack Obama was elected the president. It doesn't necessarily mean that the average voters of Trump are less excited than Obama's voters were about Obama's victory. One may say that Obama was largely about utopias and "all talk, no action". Donald Trump represents the return of the power to genuine Americans and their beef – or pork or what's the right word for the human meat.


The new president immediately began to work. As promised, he ordered all the departments he controls to think how to help in the acceleration of the replacement of ObamaCare.

Also, the Internet venues were quickly reformed. On Twitter, Barack Obama had to rename his account to @POTUS44. That allowed Donald Trump to overtake @POTUS and double the amount of fun that he will have with Twitter as the U.S. president – because I assure you, he is still toying with @RealDonaldTrump, too.

For a few hours, the account @POTUS contained no tweets and Trump's fans as well as his critics were impressed by the amount of reticence that he has exhibited. Didn't he have any tweeting device in the helicopter in which he was flying about Washington D.C. for a while? ;-)

The website WhiteHouse.gov was quickly changed, too. The Trump team has abruptly deleted Obama's prominent pages about the so-called "climate change" – more precisely, they were moved to a historical museum. In the same way, pages about human rights (which largely meant the special rights for transsexuals) were quickly erased. Some new pages about America's producing a tripled amount of energy were posted instead and we eagerly expect new WhiteHouse.gov pages containing the schedule of the transfer of the U.S. climate alarmists to the Guantanámo Bay where they belong.

We're not guaranteed that the U.S.-Russian relationships and the U.S. role in the Middle East will get more constructive – because, despite the texts you could have read in the Washington Post, Donald Trump isn't a puppet of Vladimir Putin or Bashar Assad. But I still hope that these relationships will improve rather soon. That could also help to improve the conditions in Syria and Iraq.

In particular, the life expectancy of Daesh could have significantly decreased yesterday. Czech news junkies have heard some good news: The territory controlled by the Caliphate has dropped below the territory of Czechia for the first time in many years. Well, ex-president Obama would say that the Islamic State is still surely punching above its weight.

The comparison of Czechia and Daesh often comes to my mind. Daesh still appears frequently in the news and many people often say that it's the biggest "rogue territory" on the face of Earth. But the territory is the same as the Czech one. And the population on the ISIS territory is just some 2.5 million, less than Czechia by a factor of four (at its peak, Daesh controlled a territory with 10 million people, like the population of Czechia), and I believe that despite the Czech cynicism, a greater percentage of the folks on the Daesh-controlled territories actually oppose Daesh than the percentage of Czechs who hate their country.

And the average GDP per capita of these 2.5 million people on the Daesh-controlled territory is much smaller than the Czech GDP per capita, I believe. In total, I believe that you get more than an order of magnitude advantage for Czechia. It should be easy for my homeland – which is often (incorrectly) described as a small country – to crush Daesh. This fact makes it even clearer that many powers in the region (or intervening in the region) could easily eradicate Daesh if they really considered it a top 10 priority. No one does.

I hope that Trump will introduce the policies that I like – e.g. the reduction of corporate taxes in the U.S. – before the policies I won't like – e.g. tariffs for goods produced in Europe. I expect the U.S. to be more explicit about the fact that they're not "slaves serving the Europeans" but I don't expect any significant deterioration of the European-American relationships. And even when some deterioration materializes, I do expect Czechia and Slovenia to enjoy some slight advantages due to Trump's kids (and our politicians' support for Trump when it wasn't common).

At the end, I find it likely that despite the current defiance, the European political elite will adapt to the new America's – Trump's – views. For example, Trump makes it clear that he doesn't want to provide other countries (such as the European ones) with some free military support or defense. One consequence is clear: If Europe has provoked the Kremlin to do something really serious, it's totally plausible that Trump wouldn't find it appropriate to defend Europe and Russia could easily beat the European Union, whatever it exactly means. Because all sensible politicians in Europe could realize these risks of an EU war against Russia, they just won't do it. So I think that they will keep views on Russia (and similar political themes) that are largely compatible with the new American views.

Since 1945, America has basically dictated the geopolitical – but also most of the cultural etc. – trends for Europe. Europe has been adopting them with some delay, whether they were good or bad, and I expect this influence to continue. It's not some eternally asymmetric influence because, whether Americans like to view themselves or not, the U.S. itself is mostly some big experiment launched by the Europeans. If ESA built colonies with thousands of astronauts on Mars, they would soon have the status similar to the Americans. These new Martians could influence the people in Europe but it wouldn't quite be a one-sided interaction.

The political correctness and similar things should be gradually suppressed in institutions that are controlled or influenced by the U.S. government. Many other places – e.g. universities – are independent enough so that their promotion of PC (and terror against Trump's fans) may become even more fanatical during Trump's tenure. I can also imagine many other negative changes in the coming four years.

It's possible that e.g. Rick Perry, a Texas A&M bachelor in "animal science" and the secretary of energy who will control a huge portion of the funds for the physics research, really hates theoretical physics and will cut the funding even more dramatically than what U.S. theoretical and particle physicists experienced in recent years. I hope it's not the case but it's possible. In that case, it would be great to learn that the U.S. isn't quite the only country in the world that does physics. But I do hope that the new administration will be keen on keeping the U.S. leadership in truly and naturally prestigious fields such as the cutting-edge particle physics research. Not only the post-war "nuclear" presidents but also Ronald Reagan – the political father of the SSC – did so enthusiastically.

Meanwhile, Princeton physicist Will Happer and David Galernter, a critic of the Academia who also wants to bridge the gap between the public and the researchers, are considered top two candidates for the new science czar who should basically replace John Holdren. Lyman Page, the cosmologist and Princeton's physics department chair, described Happer as a principled and complex person and climate skeptic who cares about his country and excelled at previous posts. It's surely a kind of a positive institutional appraisal that Happer wouldn't be told without Trump's victory.

Also, The Huffington Post debates whether a postcard at the end of the latest episode of The Big Bang Theory was Chuck Lorre's anti-Trump message. Leonard Hofstadter said that (Trump critic) Lorre's heart is at the right place but TBBT wouldn't be good as a political lightning rod. Also, I am sure that many folks – starting from Mary Cooper and perhaps even her vital son – would find it inappropriate for TBBT to say bad things about Donald Trump.
Luboš Motl v 4:39 PM
Share