In 2008, Barack Obama said that he was certain that in many years, people would see that his tenure was the time when the rise of the oceans began to slow. Sadly for him, we already have the hindsight and the data from his presidency and the sea level continued to increase by the same rate 2-3 millimeters per year, according to methodology, and some Obama voter even see an acceleration that no one else does.

Donald Trump is different. He promised to stop the global warming hoax and the Earth will pay for it. And the plan already has results, at least in Central Europe.

There was one additional day left but even with the extra unknown day (plus hours), it was already virtually certain yesterday that January 2017 would be the coldest January in Prague since 1940 (as Novinky.cz news server reported) and the fourth coldest January since the measurements began in Prague's Klementinum (near the Charles Bridge) almost 250 years ago. The situation is similar in all of Central Europe and beyond. For example, the "march over the frozen Lake Balaton" has attracted many more Hungarian people than the annual "swim over Balaton" – partly because many people are better at walking than swimming, I guess LOL.


The average January temperature in Klementinum has been –2.8 degrees Celsius. The coldest Januaries saw these temperatures instead:
The meteorologists blame the cold air from the Northeast (or "Finland") and frequent inversions. 23 out of 31 January days were "icy days" i.e. days when the temperature doesn't get above the freezing point (32 °F), and it may be 24 days with the 50% probability because the high is forecast to be 0 °C = 32 °F in Prague today. The Czech word for January, "leden", is derived from "led" which means "ice". 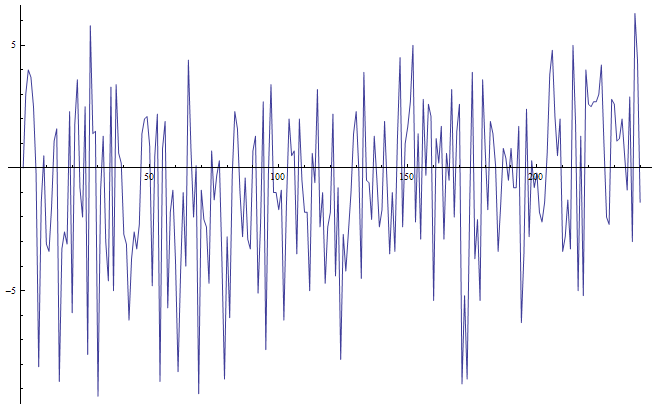 I hope that unlike some Czech idiots who have complained under the original article, you understand that –7 °C was the average temperature over the 31 days and over days and nights etc. The "coolest in 77 years" doesn't mean that the temperature didn't decrease below –7 °C at individual moments (or days) before the 1940s and 2017.


You may check the Wikipedia climate table for Prague. It's the ultimate moderate zone. In the 1981-2010 period, the daily mean is written as –1.4 °C = 29.5 °F for January and +18.2 °C = 64.8 °F for July (warmest month) with the annual average of +8.4 °C. That's just a bit higher than the Czech average above +8 °C = 46 °F or so and noticeably lower than the Klementinum data in the graph at the top. I guess that the Wikipedia data refer to the "bulk of Prague" while Klementinum is the warmest weather station in Czechia (and therefore also Prague).

According to the Klementinum graph at the top, you could say that the annual mean temperature was decreasing from +10 °C = 50 °F in the late 18th century to +9 °C = 48 °F around 1900 and returned to +10 °C = 50 °F and perhaps +11 °C = 52 °F in recent years. The parabolic fit looks pretty good but it's equally obvious that the values are noisy, a random walk of a generalized sort, and that it could be very foolish to extrapolate any of these interpolations. 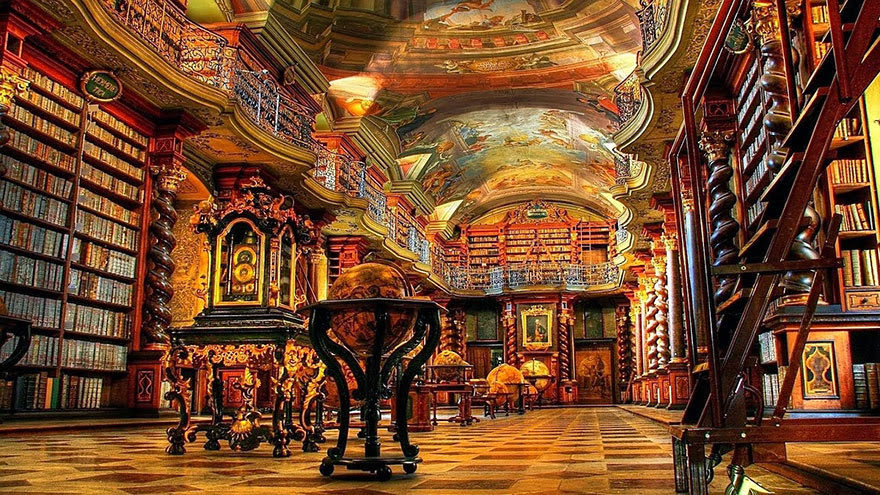 The Klementinum library, the most beautiful library in the world, was opened in 1722 as a part of the Jesuit University. See also Klementinum on TRF. The measurements of the temperature began in 1770 and officially in 1775. When my dear U.S. readers were still loyal to England, Czech Jesuits were already contributing to the scientific chores that we find rather helpful now. The folks of Prague, within the Nazi-dominated Central Europe, are enjoying their winter sports near the Jirásek Bridge in 1939. See more pictures like that or here.

Generous supporter of arts and sciences Emperor Rudolph II – who made Prague the capital of the Holy Roman Empire again – introduced the "carnival on ice" (with skates) to the Moldau. After 1700, the habit finally spread all over Czechia (exactly 3,000 years after the natives in Alaska and Kamchatka began to skate on walrus tusks), despite the warning by the teacher of nations John Amos Comenius who described skating as "dangerous and undignified". The Moldau was getting frozen almost every year in the 19th century. The trend at the top makes it unsurprising that these episodes became exceptions since the early 20th century but there were still hundreds of skaters or sledges in 1950, for example: some kids were still learning to skate on the Moldau.

The freezing became almost impossible after the Orlík Dam was built on the Moldau in Southern Bohemia in 1954-1961. Why is it so? Because the water is leaving the dam nearly from the bottom where its temperature is rather high, close to 4 °C = 39 °F (where the density is maximal) and there's not enough time for the river to be cooled again. Now, in January 2017, skaters returned to the Moldau but they are "rare brave exceptions". The ice thickness never surpasses 6 cm over there. I guess that some of the rivers of Pilsen are frozen more thoroughly but the Pilsner folks prefer our largest Pond of Bolevec that is frozen really massively now. It's full of skaters and cross-country skiers.

For two weeks, the old snow survived here because the temperature didn't make it above the melting point for too long. But there no new precipitation. However, we finally got some new snow today and it's snowing outside while I am typing this sentence. Because of the inversions, some troubled industrial hubs including Pilsen have also suffered from some smog after a very long time. The Czech mountains have lots of snow, up to 150 cm in portions of the Bohemian Forest: the situation differs from some recent years when skiing was impossible and skiing races were sometimes canceled.
Luboš Motl v 6:56 AM
Share