One month ago, I mentioned that Harvard's Isaac Silvera and his collaborator claimed to have developed metallic hydrogen. Unfortunately, four weeks later, the small piece of this possibly amazing matter was eaten by Ike's dog, in an incident that resembles the burning of the microscopic Japanese art by a magnifying glass during a vernissage in the Czech 1974 comedy "Joachim, throw him to the machine". 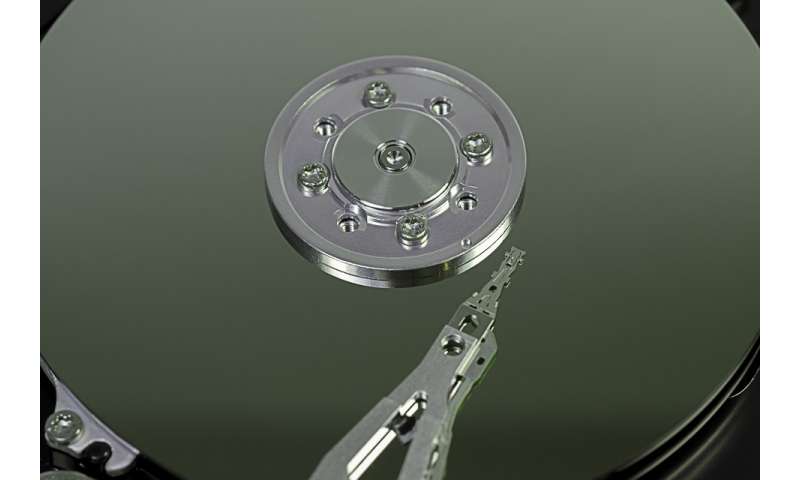 Phys.org and UPI were among the first English-language sources that revealed a result that could be equally cool and more controllable (because larger) – a non-metallic magnet:


Mr Jiří Tuček [George Smallfat] was the lead author of the 12-member collaboration in a regional material center at the Palacký University in Olomouc, Moravia, Czech Republic. Belgian and Japanese colleagues have already joined the search for applications and better theoretical descriptions.


Olomouc is the religious and historical center of Moravia, the former Margraviate covering the Easternmost 40% of Czechia; the Westernmost 60% surrounding Prague is the former kingdom of Bohemia. (Images.) Just to be sure, Brno is the secular and modern capital of Moravia. I've spent a week or two in Olomouc in recent years (as a jury member or speaker at the film festival), it's pretty.


The local university (the Alma Mater of Gregor Mendel, the father of genetics) where the team has worked is named the Palacký University, after František Palacký, the top Czech 19th century politician and historian, the "father of the nation". Incidentally, Palacký was a big fan of the Austrian Empire and is famous for his quote:


If there were no Austria, we would have to create it.


But let's return to physics. If there were no carbon-based magnets, Moravians would have to create it, too.

All room-temperature ferromagnets that have been known so far were metals with \(d\) orbitals. The Olomouc folks have created room temperature carbon magnets exclusively containing \(sp\) orbitals by replacing some fluorine atoms in fluorographene (hexagonal network of carbons whose fourth bound is attached to a fluorine above the plane, one \({\rm F}\) for one \({\rm C}\)) with hydroxyl groups (that just chemists' pompous name for \({\rm OH}\)). They find some weak paramagnetism and strong antiferromagnetism at room temperature that switches to ferromagnetism when cooled down. You should study it yourself.

Future applications may exist in electronics, spintronics, and medicine. Did you ever want to have a magnetized vitamin (or oregano supplement) and deposit the capsule to a specific place of your intestines (e.g. ileum)? Well, I have wanted that! ;-) With such materials, these things and many more similar things could become possible.

The paper also contains some theoretical explanation of the behavior.

I hope that the result isn't bogus and the materials won't be eaten by dogs so that our Congratulations won't sound a bit silly.

The work was funded by the European Research Council – an example showing that these EU funds don't always mean wasted money. In the nearby Brno-based CzechGlobe, our friend Alexander Ač is using similar EU grants reserved for "centers of excellence" to study "how cockchafers' coitus in pine forests could increase the global warming by 0.001% by the 2055 Earth Day".
Luboš Motl v 3:37 AM
Share