Location, timing of mental processes is irrelevant for foundations of quantum mechanics

In the latest episode of The Big Bang Theory, S10E19, Leonard felt left (eftl ftle) out while Penny was getting closer to Rajesh.

Meanwhile, Sheldon and Amy began their natural and thought-provoking collaboration. Sheldon has the same background as I do so it's natural for him to think about foundations of quantum mechanics. And Amy is a neuroscientist – much like the actress Mayim Bialik PhD. At some moment, they decided to cooperate. During the cooperation, they found out that fights make their thinking sharper so they fought about the way how to use this discovery. 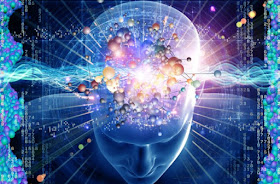 The interdisciplinary topic they investigated is very natural and many people have asked similar questions. Amy knows a lot about processes in the brain and building blocks of the brain, Sheldon knows a lot about the foundations of quantum mechanics. Can or should these two self-evidently scientific topics be combined? Does the neuroscience actually tell us where and when the collapse of the wave function associated with the measurement – with the perception of its results – takes place?


It sounds natural but I think that this whole way of thinking – the very fact that Amy and Sheldon cooperated – is based on the conflation of two very different meanings of a "mind".


Genius: Off-topic. "Genius" about Einstein, a sitcom filmed in Czechia, premieres on National Geographic on April 26th. Here you have a new 4-minute sneak peek with two Einsteins. The older one is a religious motivational speaker making the students meditate about time and creating a huge Sun in the classroom. The younger one is a brilliant, distracted, independent student of an old-fashioned aggressive teacher. Both portraits are probably detached from the real history to a large extent but it looks like good art and entertainment to me.


Quantum mechanics needs a "mind" – of the observer. Neuroscience studies how "mind" operates. But these aren't the same minds. Or at least the two scientific disciplines study the mind's very different, inequivalent aspects.


The real difference is that neuroscience is a natural science focusing at the brain as if it were just another external object – just like stars, plants, or combustion engines. On the other hand, quantum mechanics needs an observer that defines a perspective – and from this perspective, the mind of this observer itself is an internal, not external, entity. And that makes a big difference.

So the questions which parts of the brain contain which information at what moments and how they interact and communicate is undoubtedly an absolutely legitimate set of questions in science. But it is a set of derivative questions about some particular physical objects, not questions that can influence the foundations of physics. Neuroscience is the physics of the brain but just like a computer, the brain is a composite, structured physical system that follows the laws that one may determine at a more elementary level.

On the other hand, the very existence of observations – or, if you allow me to sound just a little bit more spiritual, the consciousness that is aware of the outcome of the observations – is an elementary assumption in all of modern physics, and therefore all of science. To be applied, quantum mechanics only needs the information what is known about the world by the observer. It doesn't restrict how the information is obtained at all. At most, quantum mechanics says that the observer's perception itself and the methods how he gets his information must be trustworthy, otherwise the laws of quantum mechanics can't determine the probabilistic patterns in the observer's perceptions. But that "limited responsibility" existed even in classical physics, didn't it? Even in the era of classical physics, it was agreed that if you look at an illustration of planets instead of the lens of a telescope, the motion of the planets you see don't have to obey Newton's laws.

And the information about the world that the observer knows exists "independently of space and time". Well, an observer may also influence limbs and other organs – and her environment – which is why her location isn't quite irrelevant. But when we say that the observer knows something "at a given moment", she still knows about the state of other objects at different locations and slightly different time (at least \(\Delta t = \Delta x / c\) in the past).

In practice, the knowledge is represented by some information stored in the brain but it doesn't really matter. Another point is that the wave function itself isn't "localized" in any way. The wave function always contains the probabilistic (amplitude) information about everything there is. It's only a function of 3 dimensions in the simplified models of mechanics of 1 particle. But more generally, like in a quantum field theory, it's only the operators, not the wave function, that are "localized" – connected with regions of the spacetime.


How did the people figure out that their thinking and memory is stored in the brain? Did all cultures know it?


Today, you can observe EEG to see quite some correlation between the mental processes and the activity in the brain. But people didn't have EEG and similar things in the past, did they? So did they know – and how did they know – that the memory and awareness aren't located in the stomach, lungs, heart, kidney, penis, glands, or any other organ of the human body? Do you have a good answer to that? Do you directly "feel" that your self-awareness is sitting inside your skull? Or are some of you capable of pinpointing the place "where you remember" more accurately than that?

I want to say that while quantum mechanics totally needs some observers aware of the results of observations to exist, which basically means that it pre-assumes the existence of some consciousness, it doesn't even depend on the fact that most of these activities dealing with the information are located inside the skull! In classical physics, the brain was just a tool, a part of the passive observers that weren't really needed to formulate the laws governing the behavior of the external objects at all.

In quantum mechanics, an observer is needed but in some sense, it's not really the brain itself that is needed. In this sense, quantum mechanics is just like classical physics where your brain wasn't needed for the behavior of the external objects. What is needed in quantum mechanics is the existence of a perspective. For the perspective to be usable as a system that may verify some laws of physics, one needs the perspective to be carried by an object similar to the brain that can detect, transmit, and analyze information. But whether this perspective physically stores the information inside the skull or inside a server connected through the Internet cloud is irrelevant.

For this reason, I think that everything that Amy and Sheldon have discussed seems to be a part of the neuroscience and has zero implications for the foundations of physics.

Another topic. The Daily Mail, an RAS press release, and others say that 68% of the Universe doesn't exist. That's nice. What this nonsensical sentence is supposed to encode is that dark energy isn't needed for acceleration of the cosmic expansion, according to this 2016 Hawaii-Hungarian paper (also at RAS).

They claim that the mean field approximation – and the general approach using the FRW Ansatz – doesn't work because it neglects the tidal forces and boundary effects (in a picture where patches of the Universe are connected). With some help of a computer, they claim that Einstein's equations without the cosmological constant term are capable of emulating it because of the existence of structures.

I find it very unlikely. The journalists – and Scott Aaronson (and climate modelers) – might be impressed by a simple computer simulation. But if the mean field approximation etc. were really neglecting some important (and big – the dark energy is already dominating the energy density of the Universe) effects, there would have to be a clear theoretical argument or calculation (without computers) showing where the mistake was hiding. With the reliance on computers, it looks like they are screwing something about the boundary conditions or making some numerical mistakes etc.

The paper has almost no citations but because it was published in an RAS journal, it got some publicity in the media. Those are just bad mechanisms to decide about the amount of attention that a paper should get in the regular media.
Luboš Motl v 4:32 PM
Share