I was watching the discussions in the lower chamber of the Czech Parliament which were dedicated to the proposal by the interior minister Mr Milan Chovanec (social democracy) and a group of fellow deputies to adopt a constitutional amendment that allows the citizens to use their guns in the case of a terrorist attack. The amendment somewhat unusually says that the Czech folks have the right to bear arms (like in the U.S. but) "in order to protect their country".

Interior minister Chovanec and his Winchester 1892.

After a nearly three-hour-long discussion, 139 voted for, 9 voted against, some abstained, and 32 weren't present, but the support exceeded the 60% = 120 majority needed for the constitutional law to pass.


Some opponents of migration and fans of tolerant gun control laws may sometimes imagine that the Czechs are a brave friendly gang that fights against the insanities that are being imposed upon the Europeans by the European Commission and other limbs of the EU. Well, it's largely true except that you should never forget that the Czechs are a highly contentious group that is rarely united (ice-hockey matches are the only events where they exhibit some sort of patriotism) and where internal disputes are common.


So even though almost everyone agrees about the "big picture" claims – that the proposed EU regulation to harass the owners of legally held weapons in order to fight terrorism is an utter absurdity – there were lots of disagreements about "what it actually means for us", "whether it makes sense to fight it", "whether the EU will beat us anyway", "whether some politicians have failed in efforts to better negotiate and kill the EU proposal", "whether some Czech political parties have allies in the EU Parliament that have made things worse for us", "whether some politicians are hypocritical when they allowed the EU regulation and they say that the Czech system of gun licenses is optimal" and so on.

There was also an extensive discussion about the half-jokingly meant proposal that every candidate for the Parliament should undergo psychiatric tests. Someone wanted the minister of interior who takes selfies with a Winchester to be tested as the first one, others proposed the testing for the proponent of the testing in the previous part of the sentence, and so on. You can imagine that at some points, the tensions ran high – and so did the entertainment value for the viewers of the farce. I say it was a farce but I do believe that such interactions in the Parliament are the best known algorithm to systematically pick the better policies.

I find it a common activity to argue but I think that if I were a lawmaker, I would be trying to work on the unity of the Czech nation much more than almost all these representatives do. 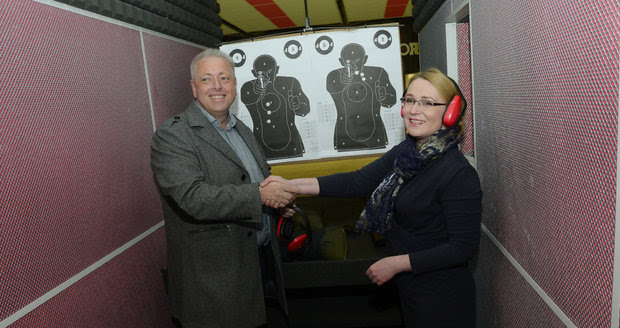 OK, the European big picture is obvious. The European Union has failed to shield itself from lots of migrants. This has caused lots of problems for the welfare systems etc. but it has also led to problems with safety or security and numerous terrorist attacks. Not a single terrorist attack in Europe was made with the help of a legally held weapon. Even if you try to theoretically predict such things, it's a matter of common sense: Terrorists aren't the guys who are obsessed with following every detail of the law, undergoing all the testing and administrative procedures, and showing their faces in luxurious shops with weapons. So the EU authorities' proposal to suppress the European legal owners of the weapons is just rationally unjustifiable. It's worse than that: the new setup with the demilitarized public will obviously make it easier for terrorists to kill many more people in Europe during the future terrorist attacks.

Everyone who isn't a complete idiot understands the previous paragraph and so do most of the Czech citizens and the Czech lawmakers. (Sadly, most politicians in the EU are mental cripples from this perspective.) However, there is a question whether the new stricter European regulations may be prevented with the new constitutional amendment, whether the constitutional amendment is just a populist act, an excuse for the minister of interior to mask that he has failed to block the proposal, and so on. 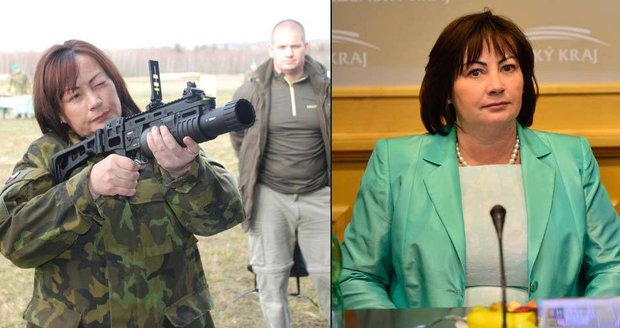 Be careful of the First Lady, Ms Zemanová, and her toys, too.

All these ideas were raised and most of them are true to some extent. But even if the new constitutional amendment doesn't fully neutralize the harmful regulations at the EU level, it is a sign of defiance. It is a gesture or partial victory that will encourage Czechs and perhaps others not to be afraid of the EU too much, not to surrender, and so on. Also, the law can make it easier for the ministries of interior and defense (who are collaborating well on these matters) to establish new militias in the future that could be legal but that could also allow the existing private holders of the gun to keep their guns. The rough idea is to divide the Czech legal gun owners to two parts in the future – the existing ones including hunters, collectors, athletes, and personal defense, and those could be restricted by the EU; and those who have guns to help the safety in the republic, and those could avoid the EU regulations.

So I would obviously support the bill as well and I was actually impressed by the minister Chovanec and some other speakers.

To be valid, the Senate – the upper chamber of the Parliament – has to approve the amendment, too. Moreover, all modifications made by the Senate will be immediately valid.
Luboš Motl v 12:27 PM
Share