The discovery of the first gravitational wave by LIGO that was officially announced last February – and that you could have learned about at TRF quite some time before the announcement – was unsurprising for a physicist but it has still made us excited. Even if you know that the waves have to be out there, it's still a new thing when you actually hear one. Soon afterwards, we heard about another "Christmas" gravitational wave and a "candidate one" – a wave whose intensity wasn't enough for an official discovery but that was almost certainly created by a black hole merger, too.

For a very long time, it seemed like the large LIGO collaboration was doing almost nothing. Finally, there is a new wave which arrived to Earth on January 4th, the birthday of James Bond the real one:

Cool. When you read the abstract of the new PRL paper (or the full PDF), you will learn that black holes of masses 30 Suns and 20 Suns have merged. You may also check a press release.


The total mass of the two black holes was some 51 Suns (but only 49 Suns is the mass of the resulting black hole because 2 solar masses' worth of energy were instantly converted to the energy of gravitational waves) which means:

OK, so the new discovery is a new friend of the old waves which is in between them in the parameter space – in this sense, there is nothing new about the new wave.


All the mergers look rather similar to each other (and to a female dancer), just the overall sizes are a bit different: 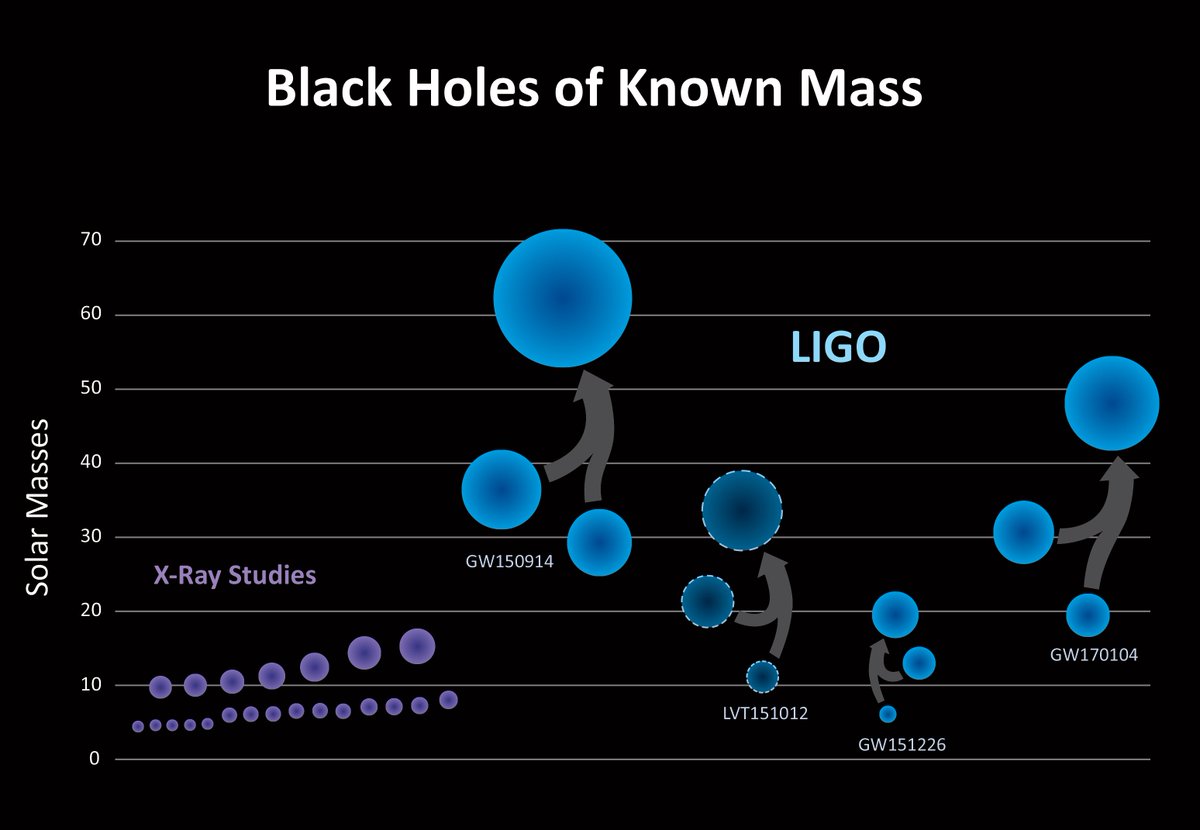 The event had the redshift around \(z\sim 0.18\) plus minus 40 percent so it could have been a bit further than the first discovered wave. See more technical parameters of the new wave and more LIGO tweets. 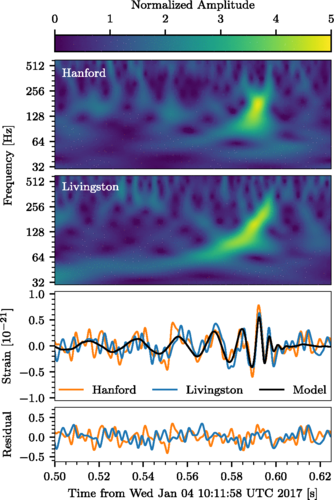 Livingston saw the event a bit more clearly than Hanford. Funnily enough, they use the paper to say something "seemingly unrelated". Because the wave apparently didn't weaken exponentially even though it's rather far, they impose a new upper bound on the graviton mass. The graviton has to be lighter than\[

\] The graviton is not very heavy. Note that the value of the new bound is still some 10 orders of magnitude greater than the inverse Hubble radius. The agreement with GR seems great.

The spins couldn't be determined too accurately and a characteristic combination of the spins is vaguely compatible with zero.

Astrophysicist Daniel Holz in the Quanta Magazine argues that there is a potential conundrum involving the spins. The measured total spin parameter seems to indicate that at least one of the black hole spins' was misaligned with the orbital spin which would indicate that the event was a dynamical formation in a stellar cluster (instead of from a close-knit pair of stars which may arise either from common-envelope scenarios, or the chemically homogeneous scenarios, whatever those are).

But for mergers in such stellar clusters, it seems that astrophysicists predict the rate of such mergers to be low and LIGO would have been lucky to see one. If a greater number of apparently misaligned mergers is observed, a potential conflict between the theory and observations may grow. But it's a "dirty" astrophysical theory, not truly deep and fundamental physics, I would say. 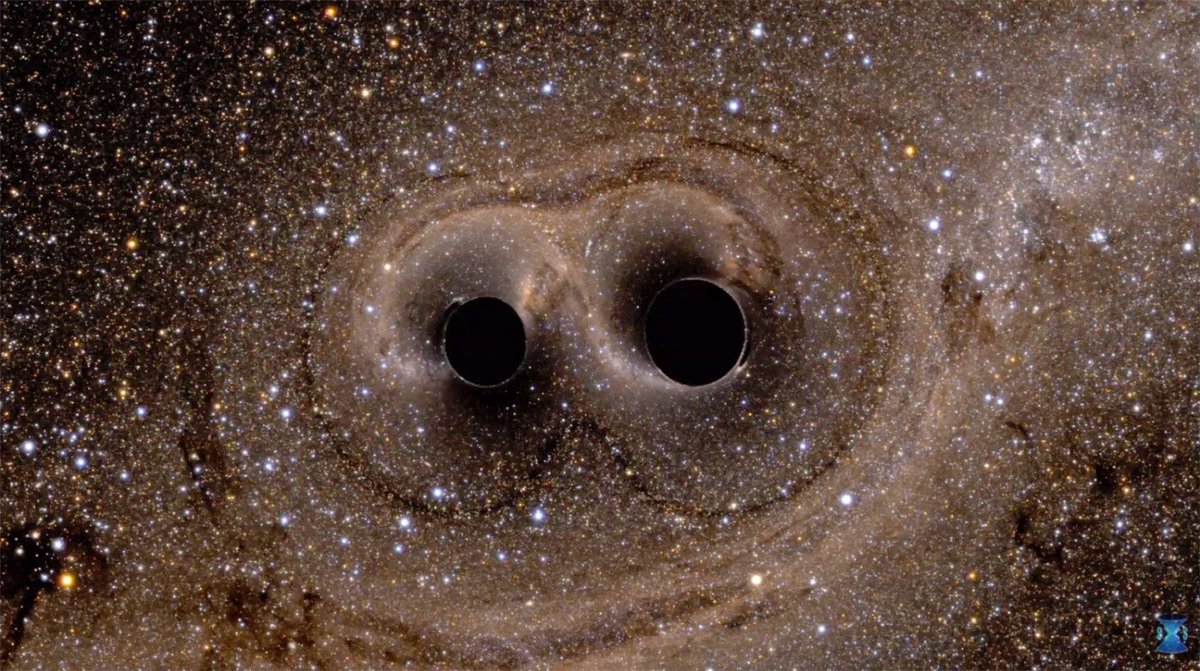 When an eagle saw this cosmic scene in the heaven some millions of years ago, he was so inspired that he evolved into an owl.
Luboš Motl v 5:17 PM
Share