Many-minds interpretation: another entertaining story on top of Copenhagen

In 1970, H. Dieter Zeh invented decoherence along with the many-minds interpretation – a historical fact that should remind you that "decoherence" is surely not a universal tool to expel minds and observers from quantum mechanics. 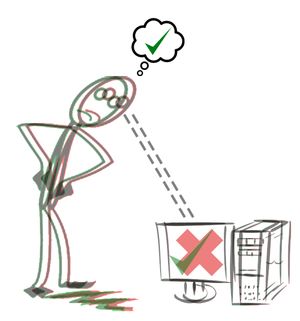 
Great. So this story encourages you to think about reincarnation, like in the 2001 film Down to Earth. A black comedian died too early – the apparatchiks in Heaven made some mistake or something. So they wanted to compensate him for the premature death. They sent him (the soul) back and tried to find an alternate body which happened to be a white fat rich jerk. The black comedian soul within this body fell in love with a black lady, anyway, and when they were forced to resettle him (the soul) in another body that belonged to another black comedian, the woman was finally capable of finding her love according to some quirks that transcended the body (while his memory had to be erased).


A cool movie concept. But does it mean anything that you could seriously consider – as science? You are expected to imagine that there exist two levels of the world, "bodies" and "souls" on top of that. The collapse of the wave function that the anti-quantum zealots find so annoying is rephrased in a new way. "Bodies" don't collapse but evolve according to the nice Schrödinger's equation. "Souls" do discontinuously choose how they want to feel, so they always respect some classical information encoding the outcome of the measurement.

While it makes you think about reincarnation movies, this whole picture is physically exactly equivalent to the standard, Copenhagen interpretation. Why?

You must decide what is observable and what is not observable. Observable things are those that may ultimately be converted to some information that observers may feel, detect, measure, register, choose whatever verb you like. But the sketch of the many-worlds interpretation above is enough for you to determine what can be observed and what can't: at the end, it's just the state of the soul – which is branching and choosing its state with a well-defined, "classical" outcome of the perception.

So whether it sounds counterintuitive to you or not, it's only the "souls" in the many-minds interpretation that are physical in any direct sense. The "bodies" are only there to recommend the souls what they should feel, and with what probabilities – assuming that the many-minds interpretation is supposed to predict the correctly interpreted probabilities as well. Because the "bodies" (wave functions with probabilities) may only be observed through the "souls" and they only affect the souls through the probabilities encoded in the wave functions, it means that the "bodies" are the collections of probability amplitudes, the same collections as in Copenhagen, and only have the same subjective-knowledge meaning for the "souls" as they have in Copenhagen.

Again, the "souls" are those things that record the truly physical information while "bodies" are just auxiliary, gedanken entities or quantities whose only purpose is for the "souls" to be capable of predicting the probabilities. But that's exactly how it works in Copenhagen, so these two pictures are exactly the same.

Over 99% of the quantum interpreters and anti-quantum zealots are incapable of comparing the two "interpretations" in the way I just presented. Why? Almost all people who claim that there is something logically problematic or incomplete about quantum mechanics are just plain batšit irrational. In particular, they are assigning some mysterious meanings to words even if they know the rule that makes it spectacularly clear that the meaning of the words is different – and often opposite.

In this context, over 99% of anti-quantum zealots would be using the many-minds interpretation as some justification of the importance of the "bodies". It must be the "bodies" that are "real" while the "souls" are an additional layer added on top of physics etc. But as I mentioned, the rules of the game – of the many-minds interpretation – make it unequivocal that it's just the thing that is called "souls" or "minds" that may be interpreted physically because it's observable in principle, while the other layer called the "bodies" is an auxiliary entity. It's amazing but almost all the people arrive at the answers to these questions that are upside down, completely wrong, and severe mistakes like that are the reason why so many people are completely lost in the jungle with dozens of interpretations and hundreds of incorrect statements about them and relationships about them.

There is only one correct "interpretation". It shouldn't be called an "interpretation". It should be called the "theory" – it is the theory of quantum mechanics. The "interpretation" is nothing else than the list of its universal postulates. You have two choices: you either understand this theory i.e. the list of postulates, and you also understand that the exact same rules may be articulated with thousands of different words and in diverse ways that are transparently equivalent to each other (even if the thousands of movies with black comedians that you can shoot about the rules may look different), while all the inequivalent ones are self-evidently wrong. Or you don't get these straightforward things and then you remain confused about absolutely everything. The ultimate reason is that you are either hopelessly stubborn or just a plain moron. And those are the two actual reasons why you should shut up and calculate. If you're too stubborn or a complete moron and you fail to shut up, you're pretty much guaranteed to talk garbage and nothing else.

Because I said that the theories like that are straightforward to understand, I can't resist to copy a quote I became familiar with today:


The twaddle that the theory is extremely difficult to understand, is complete nonsense, spread out by superficial journalists.


Well, exactly. Who wrote the sentence above? Well, it was Albert Einstein in one of his letters. Sadly, it's no twaddle that Einstein himself failed to understand the theory known as quantum mechanics ;-) but his general point about such theories and what superficial journalists do with them was spot on.
Luboš Motl v 7:03 PM
Share