Every cryptocurrency fan will tell you that the blockchain is a technology that is priceless – it is worth quadrillions or infinitely many dollars. Unless you want to be a dinosaur, you should convert all your assets to the Bitcoins, Ethereums, and similar coins. 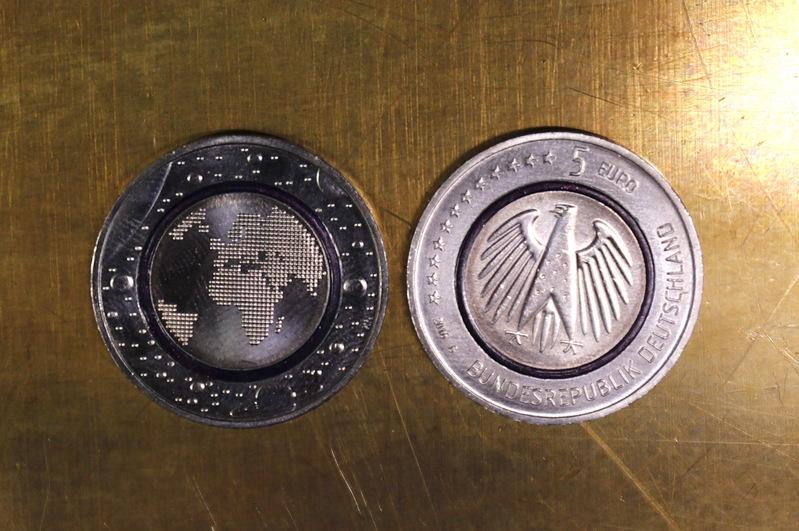 But some of these fans still realize that there have been problems with the existing cryptocurrencies. The Bitcoin's ledger, tens of gigabytes, is too long and some people disagreed with each other so it's likely that the currency will split into two, Bitcoin and Bitcoin cash, on August 1st. You may keep your Bitcoins happily and wait to see whether they become the more valuable among the two or the worthless one. Good luck! A similar, "real" test will arrive on November.

Also, some cryptocurrency fans are confused by the graphics cards and electricity that are being spent to mine the new currency. Isn't it useless waste of GPUs and electricity, some of the most heretical users of the Bitcoin ask? The growth of the producer of chips AMD already depends on the sales of graphics cards to the miners.


How does it work? Let us compare the Uro to the Bitcoin.

First, the name: You need to learn a new word, the Bitcoin, to operate with the Bitcoin. On the other hand, the word Uro isn't quite new. It's pronounced exactly the same as the Euro, an old currency, in order to avoid misunderstandings. The Euro may be understood as a European or electronic (e) version of the Uro. But the Uro is the ultimate old primordial Ur-currency. The name Uro is an acronym of a Ur-Oin where the oin is a coin that has been stripped of all the (c) clutter, defects, imperfections, and redundancies.

Third, the blockchain has been simplified. Instead of the tens of useless gigabytes that the Bitcoin's ledger contains, the blockchain of the Uro technology is shorter. It contains the following characters:


This is the Uro blockchain.


If you want to use the Uro, you just create this 27-byte-long file somewhere. All users of the Uro are guaranteed to use exactly the same blockchain at all times – no central authority is needed to verify the transactions etc. The synchronization is instantaneous.

Fourth, the usage of the Uros will keep on increasing rapidly so you may ask where the new users of the Uro find the new Uros once they join the new economy given the fact that the total number of the Uros is guaranteed to be 1,000 and there's no mining that would increase that number.

Well, it's simple. You may either buy the Uros from someone else for other currencies – in which case they are just transferred and the total number is preserved – or you may mine the new Uros inside your mind, just by dreaming about it. The effect of the mining is that a part of the Uros held by the existing owners of the Uros will be moved to your wallet. If you create \(X\) Uros in your mind, the total number of Uros in circulation temporarily increases from \(1000\) to \(1000+X\). But zero seconds afterwards, the number \(Y\) quantifying how many Uros a person (including the miner) possesses will be multiplied by a coefficient:\[

\] so that the total number of Uros returns to \(1000\) instantly. You might think that it's a tragedy for the other owners of the Uro because when someone is mining with his mind, they lose the virtual money. But this ain't the case. Why? Because at the very same moment when their number of Uros \(Y\) drops, the price \(P\) of one Uro in the U.S. dollars or another currency increases by the same coefficient,\[

\] which means that the other owners of the Uro aren't losing anything at all when someone else creates the new Uros. And the number of the Uros in the world is still \(1000\). The increase of the value of the Uro associated with the mining is just an example of the fact that the value of your Uro holdings generally goes up at an amazing rate – just like for the Ethereum or Bitcoin. Don't be afraid of holding the Uros for a longer period of time – it's almost guaranteed that you will make a huge profit.

But, and that's the fifth point, you might be worried that some people happen to disagree whether a Uro payment has already been made – and whether the payer actually had a sufficient number of the Uros for the transaction at all. In that case, they may show the Uro blockchain


This is the Uro blockchain.


to anybody, e.g. the police. Once the complaining party shows this Uro blockchain to the police, the investigation continues exactly as if they showed the long Bitcoin blockchain to the police (...). [OK, this joke may be too hard for many: The point is that the cop will just laugh in both cases because the legal importance of both Uro and Bitcoin files is non-existent.] In fact, it makes no sense to accuse someone of not having sufficiently many Uros – the buyer may always create the Uros in his mind. You may see that the Uro provides you exactly with the same guarantees as the Bitcoins even though it doesn't need any Internet, electricity, clothes, or mining.

Because every buyer may always immediately mine and create any required number of the Uros with the power of his mind, it is not even necessary to monitor and announce the current Uro-dollar exchange rate – it's some large and exponentially growing number whose precise magnitude has become unimportant. The economy works independently of it! You could have noticed that the exchange rates of 900 cryptocurrencies are basically random numbers. Indeed, the Uro uses this fact. the underlying idea is the essence. The idea is "yes, we can" and we can achieve without the money, especially the dollars, or the material wealth. Everyone has enough to do anything, pay for anything, and everyone's wealth is going up – that's the essence of the new economy!

It's clear that because this technology is so incredibly easy to be deployed, the number of users of the Uro, and therefore the total price of all the Uros in the world, will skyrocket.


Don't forget that there are just 1,000 Uros in the world. The current exchange rate is a virtual one. You may buy your first Uros from me via the PayPal button above. If you ever wanted to pay for reading this blog, you simply make your payments in the Uros. If you run out of Uros, you just buy new Uros through PayPal.

It's so easy. You may start to use the Uros in your family, with friends, and persuade your bank and grocery store to accept the Uros, too. It is clear that the basic idea why the Uro works so perfectly is the same as the basic idea of the Bitcoin or other cryptocurrencies but all the defects have been fixed. In particular, the power of the mind is enough to achieve anything now. We'll be one giant step closer to the true communism where everyone is happy.

You don't want to be on the wrong side of the history because this is the most profound transformation of the economy since the invention of the paper money and the Bitcoin blockchain. Good luck to all of us!


More seriously, the purpose of this exercise was to show that the fans of cryptocurrencies as a solution to anything who see nothing wrong about the chaotic growth of the "value" are just communists who don't distinguish – and don't want to distinguish – someone's being wealthy from his being poor in the real terms. People who believe that the wealth may be created out of thin air – because most of them are Millennials who got their money without any efforts and they think that it's normal and it's how the world economy may work and should work. The Bitcoin movement is a branch of hardcore communism defended by spoiled kids.
Luboš Motl v 2:45 PM
Share