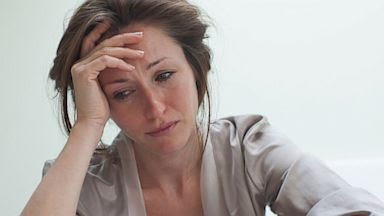 Almost none of the critics of James Damore's memo has actually read it and virtually all negatively sounding statements that have been made about the memo have been malicious, outright lies mindlessly screamed by fanatical lynch mob. But several people who actually wanted to find something wrong about Damore's text found the following statement to be among the most controversial ones:

This may contribute to the higher levels of anxiety women report on Googlegeist and to the lower number of women in high stress jobs.


Women are more anxious in average, he dared to point out. Well, everyone who is at least slightly interested in related disciplines of biology and psychology – and even most people who aren't interested but they just observe the people around them – must have known it for many years. Let me mention several papers, popular reviews, and facts.


First, it's not hard to find out that there are three known chemical compounds whose shortage makes women anxious: serotonin, vitamin B6, and iron. Let's start from the end:

Iron deficiency has a domain. You may learn that iron is needed to create new red blood cells. If you don't have enough of it, you suffer from fatigue etc. Now, some rather basic knowledge about women is enough for you to figure out that every month, women are losing some blood along with the iron in it, so they are more likely to suffer from iron deficiency and the related anxiety issues.

There are tons of research articles about iron deficiency and the menstrual cycle. It's really common sense. Most young enough, healthy enough women just won't get rid of their menstrual cycle an this very fact has consequences for their chemistry and mood. That was why Sheldon Cooper was capable of keeping track with Penny's menstrual cycle in The Big Bang Theory.

I recommend female readers who sometimes feel depression to increase their iron levels from food or supplements because this part of the problem could be fixable.


Vitamin B6, like other vitamins B, is important for metabolism and also the fight against some infections. Its shortage may lead to confusion, depression, cracks around mouth. Pregnant women should have an extra dose of this vitamin for the babies' brains to develop normally.

Men aren't pregnant but that's not the only reason why women need more B6 than men. Women also need folic acid, a "female vitamin" from the B family, which reduces premenstrual water retention and premenstrual symptoms, especially breast tenderness. The body also needs B6 to work with the folic acid and keep homocysteine levels low.

All these things have been known for a long time. You may look at this list of papers for many that specifically discuss the role of B6 and folic acid for women etc.

But it's really serotonin, a neurotransmitter, that is probably most important in the differences between men and women when it comes to mood swings. Serotonin is the chemical name for "happiness" – it's the compound that makes us feel good and happy. Do men and women get the same amounts?

Well, they don't. The following 1997 paper has found that the average man's body synthetizes 1.52 times more serotonin than the average woman's body. The paper has almost 800 citations now. This huge difference is quoted as a possible explanation why men are significantly less frequently suffering from major unipolar depression than women.

On the same year, in 1997, Lynn and Martin found that women were more neurotic in 37 nations. 300 citations. If 37 nations isn't enough for you, the 2008 paper by Schmitt, Realo, Allik, and Voráček investigated sex differences in 55 cultures and found neuroticism to be the main difference: in 49 cultures, women were much more neurotic, in 6, it was a statistical tie, in 0, it was reversed. PDF, 740 citations. Chapman et al. 2007: repeated finding of higher agreeableness and neuroticism among old women, over 100 citations. I can find hundreds of such papers – and no similarly influential papers that would conclude that the differences don't exist.

Additional research of the men-women serotonin differences was published in 2008. Here is the 44-page long Swedish thesis on that. An example that even young women are making this research.

As I mentioned, the first paper had some 800 citations. Here are the followups. You may read hundreds of articles and almost all of them are about the sex differences in the mood swings. Dozens and dozens of these papers have hundreds of citations per paper (not in total).

You may find lots of more popular texts about the impact of the serotonin differences, its interactions with estrogen, a characteristic female sex hormone, and lots of other things. See e.g. this 2011 popular review of another paper.

Many of these chemicals work extremely differently in men and women and almost all the research into this portion of medicine and biochemistry has been totally divided to men and women because they effectively behave as almost independent species. With some lab equipment, these differences are as visible and self-evident as e.g. the fact that Arnold Schwarzenegger has bigger muscles than his wife.

But you don't really need lab equipment to see most of the everyday manifestations of these differences. After all, even if you were statistically thinking about the truly hysterical reactions to Damore's essay, you must have noticed that most of them were reactions by anxious women. Every sane society has some basic knowledge about these mundane facts about life – not just about menstruation and associated mood swings but many more details. Who is trying to deny these differences is absolutely delusional. He or more likely she is basically denying that women menstruate and dozens of similarly elementary things.

I don't plan to switch the blog to essays about basics of human biochemistry. This was just an example I don't plan to repeat many times. I wrote it as an example showing that people with some normal enough interest in biology such as myself know something about it and can rather easily find more whenever they need it. I think that the critics of particular statements by Damore's can't. It seems obvious that most of them have never learned anything by themselves – by their own research or at least search for literature or web pages. Everything that they have "learned" in their life was about pure indoctrination, repetition of some clichés that someone found convenient. They are brainwashed sheep, they lack basic knowledge about basic things in the world such as the chemistry in humans – they basically deny the very existence of biochemistry. Perhaps more importantly, they lack the ability as well as the desire to do something about their staggering ignorance because they have been indoctrinated to be proud about the ignorance.
Luboš Motl v 8:57 AM
Share