FOCUS, Bavaria [CZ news] – On Friday night, a 16-year-old girl was trying to catch a train in the Upper Bavarian town of Höhenkirchen-Siegertsbrunn [Tallchurch-Winnerswell], ten miles South of Munich.

While she was walking, she was joined by three extremely friendly migrants from a nearby integration facility. A man of age 27 followed by a teenager of age 17 raped her on the street. 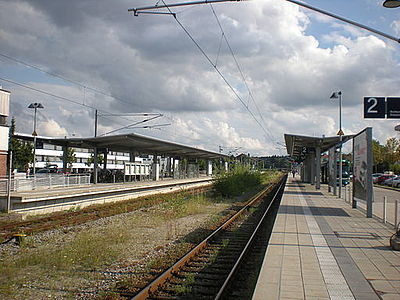 The third future German citizen of Afghani ancestry, who was 18 years old, couldn't get a hardon – his excuse was a passer-by. Police started a manhunt in order to reward the heroes. A helicopter was used and the three men were quickly found.


They were ceremonially transported to the building of the Reich Chancellery in Berlin. (The 1939 building was designed by Hitler's personal architect Albert Speer whose son, also an environmentalist/fascist architect of the same name, died today.) Chancellor Angela Merkel gave a touching speech, stressing that Islam belongs to Germany and the Muslims will always be an increasing part of the great success of the country.

The two successful Afghani men were decorated by Germany's highest award, the Order of Adolf Hitler, the first class, while the third man who wasn't quite able to complete the act received a second class medal.


"We are so thankful to you for enriching our already perfect nation," the Chancellor continued. The 16-year-old girl – who was treated in a hospital – got a good dressing down from the leader. You shouldn't walk on streets of towns that play such a vital role for Germany, at least not without a hijab. But because the event was 67% successful, the girl was ultimately forgiven. In fact, because of the success, she was sent to another facility of future German citizens of Nigerian origin who might like her, too.

The parents have asked: "Where is our daughter?" They were arrested for racism.

Dear British readers, if you think that by Brexit, you will escape all such pathological things in Europe, I am afraid that you won't because certain behavioral, PC patterns have become almost universal across the wealthy Western world.

More seriously, similar folks not only avoid harsh punishment but most of them won't even be expelled from Germany. Instead of a million of unjustifiable asylum seekers who should be deported, Germany had previously deported 8 Afghani criminals. At least two of those have raped someone, too. Afghani men don't even avoid EU apparatchiks' daughters when they want to rape somebody but the EU apparatchiks still welcome these criminals. The low numbers of deported Afghani men don't seem to be sufficient against one million of those going in the opposite direction – the gap is some 4-5 orders of magnitude. Where did the comrades from (East) Germany make a mistake?

Well, not all the Central European countries belong to that civilization space. When women in two nations are doing the same thing, it's not quite the same thing. Here you can watch how a Polish female driver near the Italian-French border responded to a very similar, sexually powered behavior of a similar group of migrants. Someone cracked over there! Bizarrely enough, the cracked individual was a French journalist but given his proximity to the thugs, something is telling me that it wasn't such a big difference. Good riddance. I hope that the Polish woman didn't face some extra bureaucratic harassment for her admirably pedagogic and effective attitude to the unquestionably difficult and dangerous situation.

But you know, if you don't want to crack, you should better check that the woman whom you're trying to block (or something else) isn't Polish (or Czech, Slovak, or Hungarian). Our women may have a different idea about who is ultimately in charge of things such as the smooth road traffic than the women and men in the old EU member states.

I know it's a bit cruel but the cracking sound in the video has made me laugh. Poles are good at producing such sounds, as in the famous Czech TV commercial where Czech actor Mr Trojan bought or bartered a new cell phone near the Czech-Polish border from a Polish "retailer". ;-)
Luboš Motl v 7:56 PM
Share