Nellie Bowles is a reporter located in San Francisco who covers the Silicon Valley's culture for the New York Times. It seems to me that she has displayed not just some journalistic integrity but also courage when she wrote an insightful article


on Saturday. James Damore became the mascot for that article. Some comments make it clear why it could have been important for the anti-feminists to finally get a soft-spoken, in some sense delicate, boy as a representative who may collect soulmates. When someone like Larry Summers speaks out against the feminists, it's much easier for them to whine that he is a bully – because he surely looks like one. Sorry Larry.

Bowles has covered lots of opinions – from a growing subculture that fights for a complete segregation of men (not too many things would change about these men-powered companies if women were completely banned there) to the people who say that they don't give a damn about the topic (Eric Weinstein – who works with Peter Thiel in some way – is close to that group but he and his brother have become a target of the extreme leftists so things are changing) to some feminists. The people who know that the struggle for the 50-to-50 parity is insane, unjustifiable, and unrealistic have suddenly realized that they have been way more cowardly than they should have and many of them aren't afraid of expressing their thoughts or at least their 100-to-1 solutions.


Bowles and NYT have announced the article on their Twitter accounts. The NYT wrote:

Push for gender equality in tech? Some men say it's gone too far. https://t.co/j4SKPFiHph pic.twitter.com/UHC4PpsxQP

I wrote about the backlash to the women in tech movement https://t.co/vyGIAzuPbZ

You should get to the pages of this NYT and Bowles' tweet and see the reactions because they're rather incredible.


The mostly far left followers of the newspapers' Twitter accounts demand a witch hunt against all the men mentioned in the article, against the author of the article, and others. Nellie Bowles has surely become an honorary man – a target of a witch hunt just like those whom she wrote about. I would bet that she is more courageous than many of those who should be men. 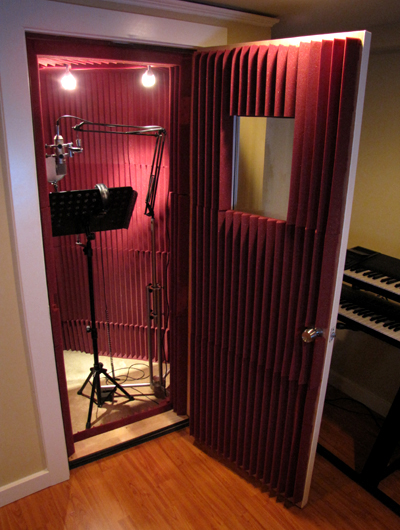 Some of the characters in her article are funny. She starts with James Altizer, 52, who hid himself in a soundproof booth to be sure that not a single word he was saying would get out. He made sure that there weren't even microscopic holes that could transmit the signals from the booth at any frequency – so that not even a mouse of the Silicon Valley could possibly hear what he was saying (even if the mouse were equipped with a quantum computer to crack various codes) because it's dangerous.

There was a tiny hole that Mr Altizer forgot about, however. He was speaking to a NYT reporter and through this hole, his comments got not only to a mouse but also millions of readers of NYT and indirectly to everyone around him. So it's plausible that he had to escape his soundproof booth and hide in a nuclear shelter instead. ;-)

Other men's rights activists are described in Bowles' article. Some of the "opposite" people's behavior resembles that of Scott Aaronson. On a sunny morning, Dave McClure – the boss of 500 Startups, an incubator – looked in between his legs and what he saw shocked him. "I am a creep!" he yelled all over the Silicon Valley, and he resigned. ;-) Some others had to go because of harassment accusations. I would bet that most of these accusations were just rubbish.

Some male feminists such as the ugly founder of LinkedIn began to demand a "decency pledge" from the new employees. Crazy. Not surprisingly, increasingly many people are aware of the ongoing witch hunt. A novelty of this witch hunt is that witches are the hunters, not the huntees. ;-)

I really, really don't think that men and women need to be or should be segregated in the tech companies. On the other hand, in a real-world situation where many of the female and sometimes even male employees get completely insane and start to demand "decency pledges" – loyalty to feminism – and similar stuff, a complete segregation could be the lesser evil. Needless to say, the feminists don't want it, either, because the segregated companies would quickly prove that the tech world is powered by men and most of the female employees are decorative tiles in the better situations and brakes crippling the work of many top workers and whole companies – and time bombs waiting to fire top workers – in the more typical case.

These people like the current setup and they want this setup to be adopted even more strongly than now: Men like Damore are the brilliant powerhouses that make the technology work while the feminists get hired for their vaginas and yelling, they take all the credit for the work of the likes of Damore, and they threaten everyone who describes what's going on.
Luboš Motl v 9:18 AM
Share