The Telegraph tells us that French and Greek cartoonists have submitted 28 cartoons for an exhibition. Well, a Ms Catherine Bearder, the only representative of her party in the European Parliament, blocked 12 of them – whopping 43% – because it isn't allowed to make fun of the European Union anymore and these cartoons were therefore blasphemous. What's the name of her party which has this kind of a harsh attitude towards freedom and democracy? Is it the Dictatorial Totalitarian Party of the Fourth Reich Censors? No, it's called the Liberal Democratic Party! Cool.

But two weeks after another brutal ban on high-power vacuum cleaners (at most 700 watts are allowed now, wow! My Sencor bought a few years ago has 1800 watts consumption), a ban that would be considered way more serious by most Czechs may be getting prepared in Brussels. As the Czech media informed us, the European Commission may be preparing a universal ban on the domestic rum. Wow.


Just to make you sure, the domestic rum is the Czechs' approximately third most important drink after beer and water, and ahead of kofola, sekt (Old Pilsen's answer to champagne), fernet, and slivovitz. About 20-25 percent of the strong alcoholic beverages drunk by Czechs are domestic rums. The domestic rum has already gotten a blow from the apparatchiks at the European Soviet several years ago. The EU comrades declared the Cuban communists to be our overlords forever and the Europeans got the duty to do everything for the prosperity of the Cuban communist regime.

One of the things we had to do was stop using the term "rum" for our "domestic rum". Only Cubans could produce rum, we were told! Now it's only "the domestic one", or "Tuzemák" or "Tuzemský". We got used to the new name – it still tastes the same which is what really matters. Here, in Austria-Hungary, we've been producing a replacement for the Caribbean rum since 1832 and the famous production of the domestic rum in Pilsen-Božkov began in Italy of 1884. The Italian company bought the Pilsner distillery in 1920 and things began to be produced seriously.


The domestic rum tastes almost just like rum but it's produced in a much more industrial way. The alcohol is just being added. The typical taste of the rum is guaranteed by ethyl formate and that is the compound that some European food bureaucrats (EFSA) declared carcinogenic. 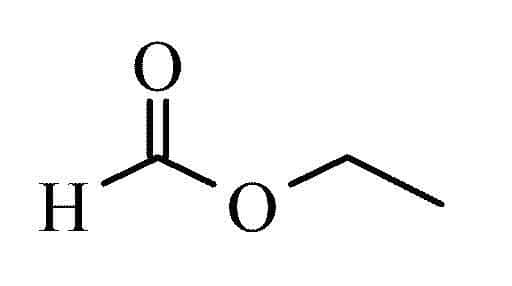 Ethyl formate i.e. ethyl methanoate is this C3H6O2 compound. Most of the molecule is the formic acid HCOOH except that the hydrogen H on the right end of the chain is replaced with another C2H5. This is the explanation for the adjective "ethyl". "Methanoate" refers to the formic acid – only single carbon in that part of the chain, while "-oate" adds the oxygens in this arrangement.

The Czech language has a very detailed and mostly Slavic-based terminology for almost all animal and plant species as well as chemical compounds. So aside from the international name "ethyl-formiát", we also call it "ethylester kyseliny mravenčí", i.e. "ethylester of the ant acid" or "mravenčan ethylnatý" i.e. "antman the ethylish one", if you enjoy my reverse translations.

Just to be sure, the formic acid HCOOH is called "formic" because "formica" means "ant" in Latin. The ants are typically full of this acid and I believe that whenever the ants sting you, it's this acid that makes you feel the pain.

OK, the European bureaucrats suddenly decided that the compound – which makes the domestic rum smell and taste like the original Caribbean rum – is causing cancer. Great. It may surely contribute, like everything else, but are the amounts relevant at all? Note that according to Wikipedia, the U.S. Food and Drug Administration thinks that the ethyl formate is "generally recognized as safe". The compound may irritate eyes which is why the exposure time is limited above certain concentrations.

Why can't the EU jerks just accept the attitude of the U.S. regulators which would clearly be helpful for a drink that is this important in a EU member state? Why can't we also consider the amount of the compound that the average Czech drinks through the domestic rum as safe? The Czech nation hasn't gone extinct. I believe that we drink much more domestic rum than anyone else but our life expectancy is the second highest in post-communist countries after Slovenia. 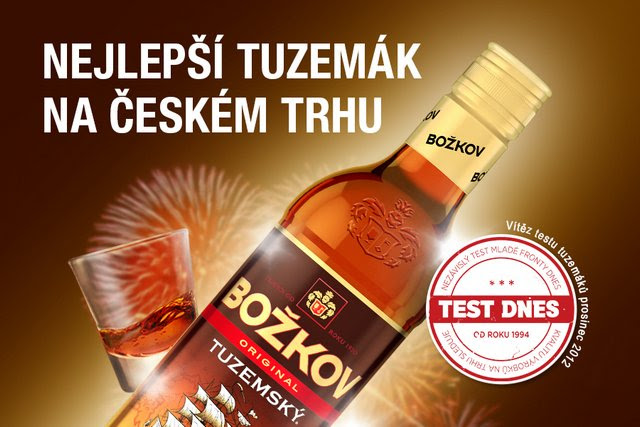 "The Božkov Domestic Rum/One" is considered the top domestic rum on the Czech market. It's produced less than a mile from my home. Weeks ago, I sold the stocks of Stock Spirits after they climbed some 20% in a few days. Since that time, they climbed another 20%. Well, it's impossible to get the precisely optimal timing.

How much can you raise the life expectancy in Czechia by banning this compound – which may be very hard to be replaced? One month? More? Is that enough to justify something that is considered such a vital part of our lives – almost certainly a more vital part of our lives than the European Union and everything that belongs to it? The big-nanny attitude of the governments and would-be governments – especially the European Commission – has gotten out of control.

I don't know the papers that "allowed" the European officials declare ethyl formate to be carcinogenic. There surely must be some justification for that. But have they looked at the corresponding compounds that give a similar taste and aroma to the Caribbean rum? I have hard time to believe that they're much healthier. In the original rum, the aroma may come from lots of unpredictable places due to the complicated method of production. Have those compounds be tested as harshly as ethyl formate? On top of that, I would guess that the original rum contains some ethyl formate as well. (Update: this 1970 paper seems to quantify the content of ethyl formate and 200 other compounds in the Jamaican rum, my intuition seemed to be sensible.)