As we have expected for quite some time, further escalation has taken place in the tension between Spain and Catalonia. A week ago, the authoritarian government in Madrid issued an ultimatum to the Catalan government: revoke everything or else... The deadline was ultimately moved to today 10 am or so. 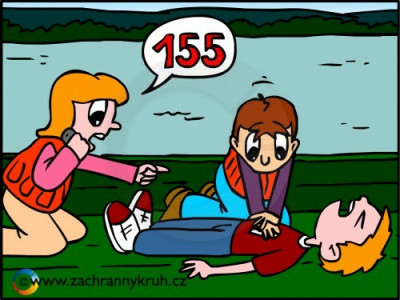 155 is the Czech telephone number to call an ambulance.

The Catalan government has previously announced that it would ignore the blackmail and the deadline because that's not an acceptable format for the political discussions about such important matters. Every civilized person agrees with that. Shortly after the deadline, Rajoy's government in Madrid announced that it would ignite the nuclear option, the Article 155 of the constitution, on Saturday. It enjoys the support of the socialists, the king, and virtually the whole fascist nation.


The article has never been tried before and it isn't excessively well-defined in the constitution. But it's supposed to be the complete abolition of Catalonia's autonomy. How this is supposed to be enforced remains to be seen. A puppet government may be created instead of the legitimate government, something like a martial law may start, the police or the army may be sent to all Catalan streets – it may really be needed because the intensity of civil disobedience may become extreme now – and so on.

Rajoy will become the third leader in recent 100 years who will move to strip Catalonia of its sovereignty. His predecessors who did the same were the dictator Miguel de Rivera in 1923 and the dictator Francisco Franco in 1939. You're in a famous company, Rajoyful aßhole.

At this moment, the degree of hostility displayed by Madrid is just huge, especially because Catalonia hasn't even displayed a straight independence yet, the Catalan folks' support for independence is probably overwhelming by now, and those who support it are extremely motivated. Carles Puigdemont, the center-right president of Catalonia, immediately responded that he plans to cooperate with the Catalan lawmakers and declare the unequivocal independence this time.


The conflict has gotten serious. Catalonia has earned the sympathies of a majority of the world. But it can't really achieve much with a completely non-violent attitude. From Saturday on, a fully non-violent attitude may mean to be crushed because they're standing against a nasty bully that isn't ashamed of using anything.

Catalonia doesn't have any real army and the citizens don't even possess many arms. Also, it hasn't gained any explicit support from important foreign countries. But I can imagine certain methods for the Catalan leaders to prevent the outright occupation by Spain. You know, when Bohemia and Moravia were an autonomous protectorate of Nazi Germany, our autonomy was never questioned – the Germans were less fascist than the current Spaniards. But our externally substituted "leader" was hurting our dignity, anyway, so he had to go. I am pretty sure that the puppet leaders of Catalonia won't have a life expectancy exceeding their current age by too much.

The Spaniard in the house above has an advantage: he can flood the apartment of the Catalan guy.
Luboš Motl v 11:09 AM
Share