We, the Spanish king, Spanish prime minister, and the president of the Catalan community thank The Reference Frame for the mediation and 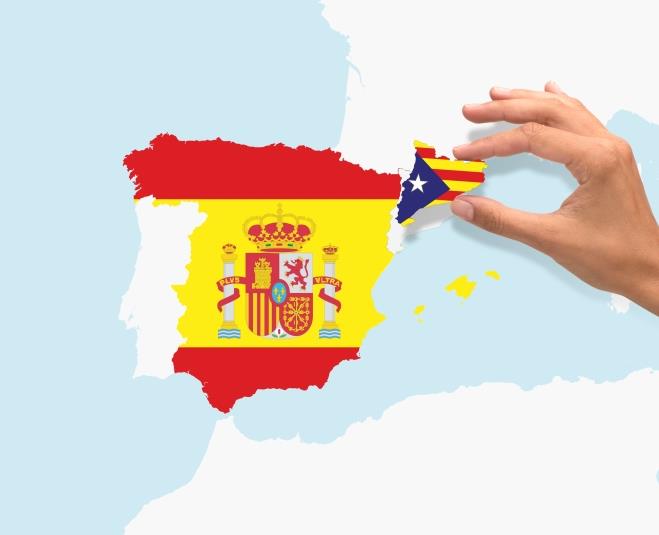 Succession. The new Spain will be the only successor of the Kingdom of Spain. It will inherit the membership in the international organizations and symbols from the old Spain. Both countries pledge to keep the united leagues in major sports up to the end of 2020, unless agreed otherwise.


Immovable assets. All public buildings will be moved to the ownership of the new Spain or new Catalonia according to their location. Exceptions will be negotiated before the end of 2017.

All credits, debits, and revenues created after the noon of October 11th, 2017 will be divided according to the rule 80% for new Spain, 20% for new Catalonia.

Membership in organizations. New Spain will support the bid of New Catalonia to be accepted as a member of NATO and the European Union and the efforts to persuade the European Union and its member states to accept the division of the Kingdom of Spain. If problems occur in the admission of new Catalonia to either the EU or NATO, the new Catalonian government will have the right to ask Spain to externally behave as if Catalonia continued to be a part of Spain, and Spain will guarantee this legal perception at least up to the end of 2018 if needed, even if the internal financial flows already correspond to the situation with two separate countries (no redistribution).

Headquarters of companies. New Spain and new Catalonia will respect the private ownership in both countries and they will struggle to achieve a maximum continuity in business. Political organs of both countries will encourage the companies to reverse recent relocation of the headquarters that were caused by the tension between both territories.

State visits. The Spanish king or queen (and the prime minister) will be allowed to visit new Catalonia for up to 72 hours (48 hours) a year, with dates according to his or her choice. Only Spanish symbols will be deployed and only the Spanish language will be used for communication by the Catalan government during such visits of the king or queen (or prime minister) up to the end of 2030 (or 2020).

Suppression of hostilities. The governments promise to investigate violent crimes against the members of the other nation, on par with the violent crimes against citizens of other European countries, and introduce a special €500 fine for the public calls to kill members or politicians of the other country or calls for the invasion of the other country that are demonstrably justified by nothing else than the tension experienced in Fall 2017.

Clarifications. Exceptions and additional details will be negotiated and if no agreement is found, new Spain and new Catalonia will ask at The Reference Frame what the deal was actually meant to say.
Luboš Motl v 6:01 PM
Share