Some days ago, I was shocked to learn that the "N*t Even Wr*ng" blog based on painful lies about string theory still exists and that its stuttering perpetrator hasn't been jailed or hanged yet. 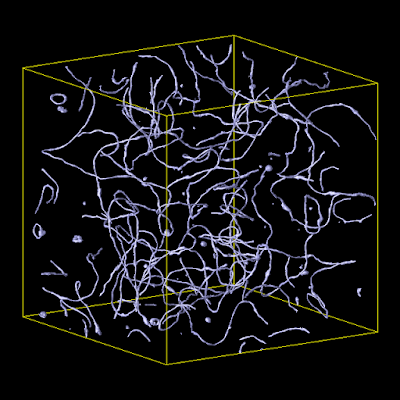 There are already two new tirades at Peter W*it's notorious website. The newest one celebrates that a non-expert has described the multiverse as the "last refuge of cowards" at a social event. I think much of the research about the multiverse is questionable but slurs like that won't make the possibility go away. Using some irrelevant expletives from a not really scientific event as "arguments" is low-brow, indeed.

The previous text titled "String theory fails another test" is based on W*it's complete lies about the predictions of cosmic strings by state-of-the-art physical theories.


LIGO has just published constraints on the cosmic strings that in principle add some noise of a characteristic color to the oscillations that LIGO can observe. The amount of this noise from cusps and kinks was shown to be a smaller than some function of the frequencies and/or the cosmic string tension.


W*it summarizes this paper as a "failure of string theory" and declares David Gross and Joe Polchinski to be have made a losing prediction. But those statements are lies – for two main reasons.

The famous string theorist that was closest to it is Joe Polchinski. There was a wave of activity surrounding cosmic strings according to string theory around 2004. This excitement was amplified by the observation of CSL-1, a cosmic string candidate, in the telescopes. If you read e.g. this 2006 blog post about CSL-1 that communicated the conclusion that CSL-1 wasn't a cosmic string, you will be reminded that Joe Polchinski had declared the probability that the cosmic strings would be discovered in a reasonable future to be 10%. So it's enough to watch it and be sort of thrilled but the number still says "probably not".

Joe Polchinski was still the most enthusiastic famous string theorist when it came to the discovery prospects for cosmic strings. W*it also tries to claim that David Gross' made a failing prediction – when he quotes Gross' sentences from 2007:


String theory is full of qualitative predictions, such as the production of black holes at the LHC or cosmic strings in the sky, and this level of prediction is perfectly acceptable in almost every other field of science. It’s only in particle physics that a theory can be thrown out if the 10th decimal place of a prediction doesn’t agree with experiment.

Gross said that the cosmic strings that exist out there – or that may exist out there – are an example of a qualitative prediction. The adjective "qualitative" is explicitly written there and it has a very good reason. The adjective is there to emphasize that string theorists couldn't calculate the tension or density of cosmic strings in the Universe at the moment when David Gross made the statement. We still cannot. So there was obviously no prediction that would imply that "cosmic strings have to be seen by this or that experiment by the year 2017" or anything of the sort.

David Gross talked about these qualitative predictions exactly because they're such a standard part of all scientific disciplines – and string theory is as scientific as other disciplines of science. He contrasted the situation with particle physics where many predictions are quantitative and extremely accurate and a tiny disagreement is enough to eliminate a theory or a hypothesis. But theories in other disciplines of science – and those include string theory in its present form of our understanding of it – don't depend on the precise quantitative observations in this fatal way. That obviously doesn't mean that the questions are unscientific.

The question whether cosmic strings exist in the Universe is obviously scientific, meaningful, deep, and important regardless of whether lying dishonest savages fail to understand the scientific character, meaning, depth, and importance. And we still don't know whether there are cosmic strings in the Universe and what their tension and/or average density is. And we're still intrigued by the possibility and ready to devour new evidence whenever it emerges. Like previous experiments, LIGO has only imposed some constraints on these numbers. But it didn't falsify the whole concept. It couldn't falsify the concept because the concept is qualitative. That doesn't mean that it's unimportant, shallow, meaningless, or unscientific. So cosmic strings will obviously keep on appearing in papers by cosmologists, GUT theorists, string theorists, and others.

I am surprised by the degree of ignorance of the people who are willing to buy this self-evident W*it-like nonsense.

Exactly the same comments apply to readers of "Cosmological Constant Is Not Worst...", a blog post whose author claims that the estimate of a much higher cosmological constant "isn't even a prediction". Oops. It clearly is a prediction, it isn't a good one, but it's justified by the same kind of dimensional analysis etc. that is used all over physics to get estimates of so many things. The failure of this methodology in the case of the cosmological constant is obviously a rather important fact that requires a deep enough qualitative explanation.
Luboš Motl v 10:19 AM
Share