Our candidate gets a well-deserve award

In October 2016, I discussed kids' contributions to the Breakthrough Junior Challenge. They were supposed to record a 5-minute video on string theory or science in general in order to win $250,000.

Well, those 13 months ago, I went through a dozen of videos and decided that Hillary Diane Andales of the Philippines was the best scientist-filmmaker in this age group on this blue, not green planet. Her video about the path integral was cute, insightful, yet intellectually mature and one could see that she was a real deal, not just a movie star. She has described the classical limit in an intuitive way that mostly persuaded me that "she must really be getting it" and was excited that Feynman's formulation applies to all interacting systems in the Universe including the corporations. Hillary got a positive score from me for the detailed physics as well as the corporations. She has been successful in some mathematical olympiads and related things, too. 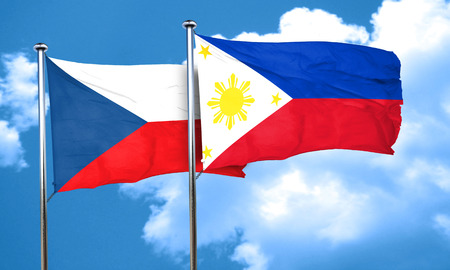 Up to some irrelevant permutations and invisible yellow Suns, Filipino high school students are my countrymates. Even folks in Chile (not to mention Slovaks) should be jealous of the Czech-Filipino fraternity.

So I just told those Milner folks – through our common friend, Vovka Putin, of course: There is a billion of kids in the world but give those damn $250,000 to Hillary Diane Andales! And we were also honored by the visit of Hillary herself, our candidate. And John Archer treated her in his characteristic Gentlemanly way, too, and so on.


There was a one-year-long delay and I don't exactly understand why the delay existed, except for the fact that 2016 really wasn't a year when Hillaries were supposed to win anything. ;-) At any rate, yesterday, in late 2017, we were informed by the Breakthrough Foundation and various intermediate messengers that they have looked through one billion kids and chose the winner.


The fresh winner of the $250,000 prize is... Hillary Diane Andales! Congratulations, it's great news, Hillary. I guess that the adult prizes went to the WMAP cosmic background cosmologists or someone like that. I found the junior prize more interesting in this case because WMAP, while groundbreaking and great science, isn't exactly a fresh advance anymore.

Some scientists have been heard as mentioning that they're afraid of getting positive press on The Reference Frame because those may increase their becoming the target of a witch hunt by some social justice warriors. Well, this worry is undoubtedly true. However, you may also increase your probability of getting a Breakthrough prize or something like that! ;-)

If I understand well, she formally won the 2017 contest for her video on "the reference frames" – those words may sound familiar to the readers of this blog, too. One girl sees "6", another girl sees "9" from a different reference frame. Interestingly, both lovers in the "69" position see it as "69" – that's an example of a Lorentz-invariant quantity. And so on. ;-) Yes, junior videos must include hidden layers for senior viewers – to make sure that the senior viewers attend the movies along with the kids.

Note that aside from some general "relative" points about relativity, Hillary has explained time dilation – using the light clock and a longer path, a derivation of the time dilation that was exploited in a book by Brian Greene, among other places. One probably needs to have some exposure to understand all the points in the 3-minute-long videos. But among 3-minute-long movies trying to teach you as much as possible about special relativity, hers could indeed be a top one.
Luboš Motl v 7:45 PM
Share