Donald Trump plans to recognize Jerusalem as the capital of Israel today. America should start to move the embassy from Tel Aviv immediately. Internally, Israel controls all of Jerusalem, treats it as her capital, and has institutions over there. Palestinians also call it (al-Quds and) their capital and most of the international community agrees with the Palestinians and disagrees with the reality which is that Jerusalem has been Israel's capital for quite some time. 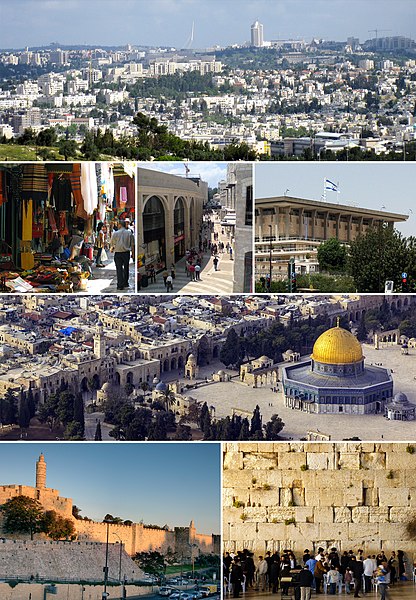 Well, there are two good exceptions now and the pioneering one gets overlooked often. ;-) Current Czech president Zeman has recognized Jerusalem as Israel's capital for years. Lots of other Czech politicians agree and in May, the Czech Parliament voted and recognized Jerusalem as the capital of Israel. The lawmakers also criticized UNESCO for its having become a tool of the Palestinian terrorists.


The U.S. gets praised – well, mostly attacked – for its being the first country to make this move although, to a large extent, America is just a follower of Czechia. ;-)


Israel's Jerusalem has been a part of reality for a long time. Maybe "brute force" has helped Israel to achieve this reality. But "brute force" has previously been used to strip the Jews from their own country. So what's the difference? The real difference I can see is that the Jewish State only controls a tiny territorial island in the Middle East – while the Muslim countries control the remaining ocean around Israel. Given the fact that Israel and the Jews have made deeper contributions to science, technology, culture, and other things than all the world's Muslims combined, the Muslim countries should be grateful for still controlling such an overwhelming majority of the Middle East.

Needless to say, the reactions are overwhelmingly hysterical. Lots of countries in the region, including Palestine (that talks about the declaration of war), Turkey, Assad's Syria, Iran, and other are angry about the U.S. decision to move the embassy to Jerusalem. On top of these expected opponents of the move, one may listen to people like the communist apparatchik Ms Mogherini who now claims to be the "European minister of foreign affairs" which is just a sign of her childish megalomania.

The likes of Ms Mogherini are expected to act in this way – Europe's communists have been staunch allies of the Palestinian terrorists and similar groups for a very long time. However, there are some people who currently live in the West whose reaction is more shocking. For me, the most shocking political personality who defends the Muslim control over Jerusalem is the Holy Father. I just can't believe where the Catholic Church has gotten. The Popes used to organize crusades in which lots of lives were sacrificed to defend the Christian – and allied Jewish – control over Jerusalem and nearby places against the Muslim invaders. Now we have a Pope who would apparently prefer to donate Jerusalem, which is actually controlled by Israel, to the Muslims for free. It's insane, it's treacherous yet it is an example of the postmodern Zeitgeist of 2017. Why isn't Francis fired? He could get a job as a new Prophet Francis Mohammed.

After long years, America's government tends to behave in the way it is supposed to behave. Donald Trump could have looked like an atypical U.S. president but thankfully, his actual behavior is returning sanity and American spirit to the American behavior in the world. It has been absent for a long time. One could argue that it wasn't just Barack Obama but even George W. Bush and several predecessors who have played that un-American game.

My TV caricature Sheldon Cooper was mocked for his (or my) ingenious plan to solve the Jerusalem problems by building a replica of Jerusalem in the Mexican desert (and a Jewish guy told "go away" to Sheldon). I still seriously insist that it's a great plan that deserves to be realized and awarded by the Nobel peace prize. The only detail I have to correct is that it is the Arabs, not the Jews, who should live in the Mexican replica. ;-) 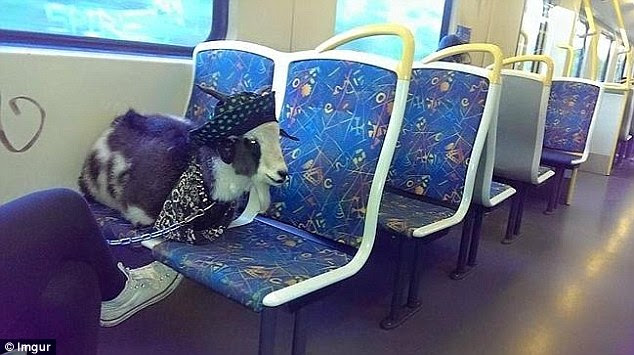 Staggeringly, the Person of the Year according to the Time Magazine is some MeToo women. Wow, really? Over 90% of Czechs disagree with the choice, according to polls. They are supposed to have influenced the world. How did they influence it, except that a bunch of brain-dead females obediently copied and pasted a meaningless MeToo hashtag on social networks? And why didn't the magazine pick goats on too-too-trains that often do Meeh-Too, too?

Up to today, I haven't really studied what MeToo really meant. It was some campaign by some feminists who whine that everything is harassment. I couldn't care about the details. Now, I read a paragraph. It's supposed to be women who "reported" something as "sexual harassment". What a bunch of "heroes". What's so shocking?

Harassment is a violation or illegal in many countries. In most cases, it's obviously a minor offense or a crime that just "barely" made it to the list of crimes. Some women try to use, some try to abuse it, some win, some lose, some of those who win shouldn't have won, and vice versa. Why would someone pick this pathetic particular regulation and clump the side that complains? And why would they claim that they have influenced the world? At most, the winners of the lawsuits have affected their own wallets. Surreal, stupid, painful.
Luboš Motl v 10:52 AM
Share