One week ago, Sheldon Cooper returned to string theory. 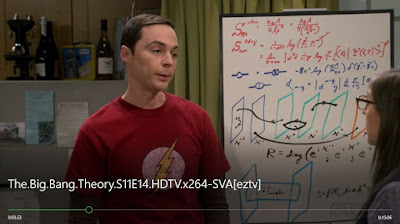 Even Edward Measure knew that dark matter was a bad fit.


While young Sheldon was finally bought a computer (while Missy got a plastic pony and their father bought some beer which almost destroyed his marriage), the old Sheldon took pictures of himself with his baby, some work in string theory.


I wonder how many of you can isolate the paper(s) that contain the same (or similar) diagrams and equations as Sheldon's new work. ;-) 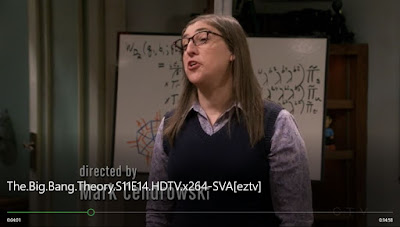 Two screenshots are embedded in this blog post. Click at them to magnify them. A third one is here, too.

Incidentally, in order to focus on work, Sheldon had to hire his old bedroom where he no longer lives. He acted pleasantly which drove Leonard up the wall. Meanwhile, Rajesh met a blonde in the planetarium and had sex with her. It turned out she was married, her husband was unhappy about the relationship, Rajesh restored that broken marriage, and almost dated the husband afterwards. ;-)
Luboš Motl v 7:43 PM
Share