Anti-Russian pogroms on the Kemerovo day: death of humanity

Two weeks ago, we were surprised by the speedy, knee-jerk reaction to the poisoning of a double agent and the instant accusations that followed.

Incidentally, here you have a Czech paper from 2011 (from the Anti-WMD Institute in Vyškov, an army's place) telling you how to prepare your own novičok, an organophosphate. Well, even one sentence on TRF can tell you. To produce Novičok A 232, N-[1-(diethylamino)ethylidene] amido-O-methyl-phosphorofluoridate, start the reaction of precursor methyl-fluorphosphorocyanidate and follow it with the reaction of acetonitril with diethylamin. Details attached in the paper.

Despite the denials, Czechia – the cradle of Semtex (and, off-topic, EU's most stable economy according to Allianz Euro Monitor) – is a textbook example of a country with advanced applied chemistry that could have been the source of the chemicals. 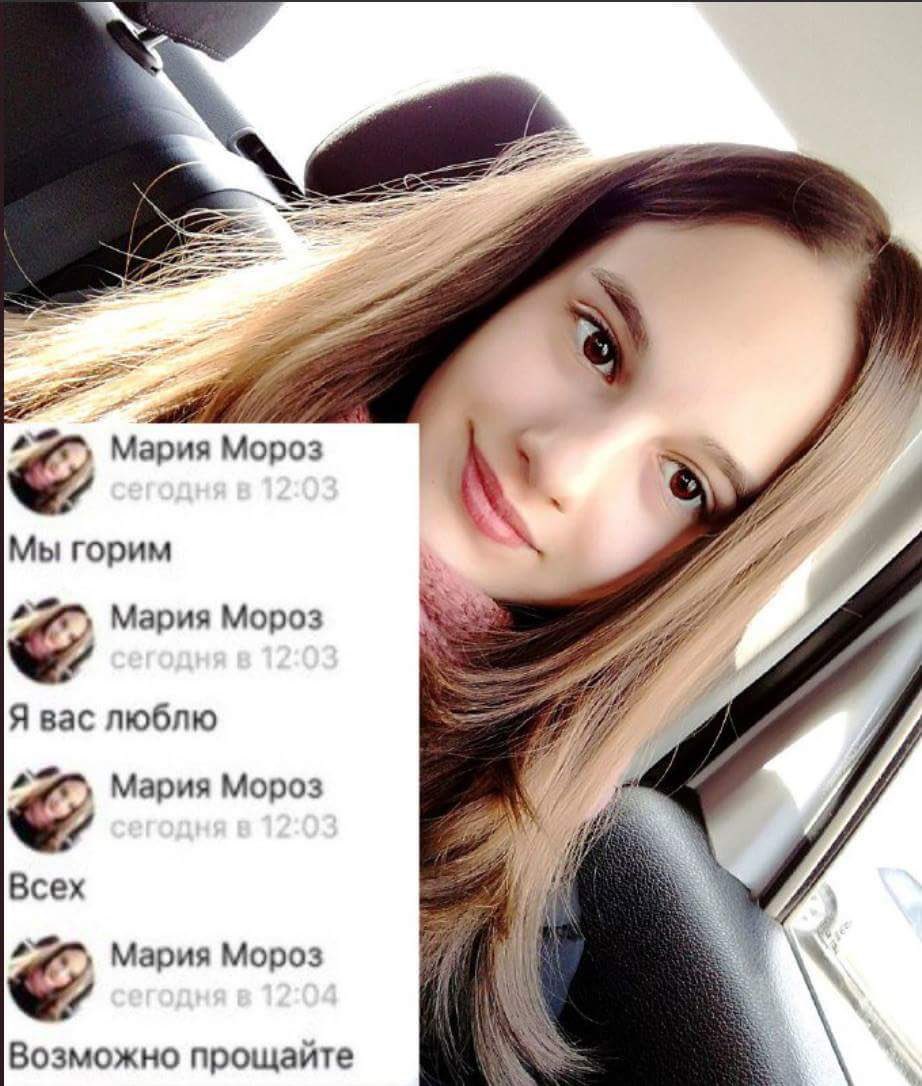 Maria Moroz (13) wrote: "We're burning. I love you. All of you. Maybe farewell." She died from the injuries.

The anti-Russian hysteria continued and the unhinged Russophobes who are spread across the Western civilization chose a very delicate date for the expulsion of diplomats: the day when Russia mourned the death of 60+ people in the Keremovo (500,000 inhabitants) mall in Siberia. The fire may have started in the children's area where teenagers set fire on foam cubes, lots of victims are kids. Putin came there to attack the sloppiness and corruption that could have been responsible for the faulty anti-fire regulation and dozens of casualties. "They will sign anything for the money," he claimed and he surely had a point.


When I saw the the girl's message on the social networks, I basically cried. And I still kind of cry. She was clearly an innocent pure soul – and a cute girl just like girls from the nations where most of us live. She had to pay her life basically because she was unlucky to born in a country where certain regulations are simply not as safe – and not taken as seriously – as they are in the Western countries.

The probability of similar tragedies, especially airplane crashes, is obviously higher in Russia than it is elsewhere.


I feel that almost none of the fanatics who are pumping the anti-Russian hysteria these days (and for years) have read the news about the Keremovo mall fire. And those who did read it didn't care – and maybe, some of them celebrated. On similar days, decent nations are sending condolences to each other. In sufficiently normal times and situations, even nations that are not terribly friendly with each other are sending condolences. We don't live in sufficiently normal times.

The number of politicians who have joined this cheap and disgusting anti-Russian witch hunt is huge. It includes Mr Topolánek whom I voted for in the first round of the recent presidential elections; Mr Kalousek whom I support as the most visible opponent of the Czech oligarch Babiš; and the acting prime minister Babiš himself who is basically responsible for the expulsion of three Russian diplomats from Czechia.

Babiš's case is particular ironic. It looks like he is literally making fun out of himself. He said that we had to expel three Russian diplomats – surely a higher number than what was "requested" – because they're really "undeclared spies". That's cute from a guy who was an agent of the communist secret police and who denies it – so he's still an "undeclared spy" himself. There are waterproof documents showing that he was an agent for the Czechoslovak StB; and some fuzzy hints that he has served the KGB, too. But now he wants to claim the high ground by fighting against these "spies". It's just disgusting. And it's disgusting that so many people aren't absolutely disgusted by his behavior.

The absurdity of the "anti-Russian agent" Babiš was completely misunderstood by Paul Ryan who is on a private visit of Czechia and who gave this 18-minute-long, polite plus anti-Russian speech to the Czech "House" today and who dined with Babiš last night. Behind Ryan, you see Brabec, a bored opportunist sparrow who is a climate alarmist working for Babiš; oligarch Babiš himself; and smiling actor and minister Stropnický who also works for Babiš now. I think that at 2:12, Ryan promoted our king Charles IV to a saint ;-), he praised his godfather in politics King, now the ambassador to Czechia, and presented Wisconsin as the Czechia of America.

The only civilized European country that deserves some applause is Austria – a neutral country outside NATO – that refused the requests to expel Russian diplomats. On the opposite side, the move was led by countries such as the U.S., U.K., and Ukraine.

When I was a kid and we were taught about the Nazi war crimes, I would often ask – and we were probably encouraged to ask – how it was possible that the nation could have lost its elementary moral constraints, its basic humanity. Unfortunately, in the following years, I understood it too well. Too many people are just inhuman animals. The era of Nazism wasn't that exceptional and the people who lived at those times didn't differ too much from the people we are meeting nowadays.

I have virtually no doubt that the people who celebrate the latest expulsions of the Russian diplomats without thinking about the mall tragedy at all would happily cooperate on the Holocaust around 1940. They abandoned their basic moral compasses, they abandoned their humanity. They pretend that the Russians aren't real humans and they even seem to use this dehumanization of the Russians in their pathological "virtue signaling". But Russians like Maria Moroz are generally much more human than these fanatical racists in the West.

Sadly, Maria Moroz is no longer with us while the racists keep on impressing us with their distasteful approach to the other people. My condolences to the folks of Kemerovo.
Luboš Motl v 7:16 AM
Share