Stephen Hawking had a funeral in Cambridge yesterday. Some 500 people attended. I think that the family members were wise not to completely destroy the body because it could also include the soul. Hours later, the decision already produced its fruits. 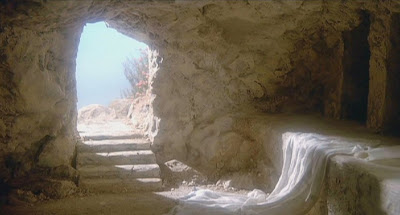 Stephen Hawking just posted a new paper to the arXiv:


Imaginary time as a path to resurrection (screenshot)


It's just five pages long but it's using some very hard mathematics so I haven't had the time to fully comprehend it yet.


The abstract looks simple and intriguing, however:


We exploit the machinery of imaginary time to circumvent any particular point on the temporal real axis. The methodology may also be considered a refined realization of the process called "the resurrection" by the laymen. We describe a successful experiment in which a lifetime started on the anniversary of Galileo Galilei's death was interrupted on Albert Einstein's birthday and, through the complex plane, continued on the anniversary of the resurrection of Jesus Christ.


Is there a reader who understands the contours in the complex plane well enough?


I have some doubts about the applicability of the method. He could have easily continued himself through the contour. After all, the same trick was already made by Hawking's Jewish colleague 1985 or 1988 years ago. And no one wants to live forever, anyway. But a more important question is: May it be applied to objects such as food? If you like a particular fried chicken from Kentucky, can you make sure that you eat it as many times as you want?

OK, Hawking managed to be resurrected and write a paper again. But can he walk again? Only if he came again, we could admit that his derivation allows the second coming of Stephen Hawking.
Luboš Motl v 7:33 AM
Share