Chinese: Einstein's description of our nation is accurate

Two days ago, I mentioned a hit piece against Albert Einstein that was published in the British left-wing daily, the Grauniad (the letters are usually deliberately permuted in this way in order to emphasize the frequent typos in the newspaper as well as the editors' brains' being fudged up). 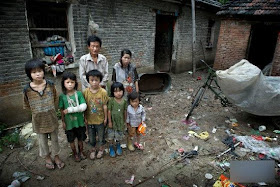 The comrades didn't like the physicist's cultural observations about East Asia during his visit in the early 1920s.

If you search Google News for Einstein and racism now, you will find something like a hundred of hysterical tirades about the "shockingly" racist and xenophobic physicist. Virtually every left-wing MSM journalist is staggeringly offended. (There are no right-wing journalists in the mainstream media.)

The anti-Einstein hysteria is similar on Twitter. Every vocal left-winger shows to his or her comrades how much xe despises the physicist now. They abuse the fact that Einstein made a mistake, died in 1955, and can no longer defend himself effectively. But their assumption is incorrect: Einstein has left some weapons – such as your humble correspondent – that will defend him.


(Let me mention that the stories in Czech newspapers, including the "somewhat PC" mainstream media, are significantly different. They have to be because almost all readers sympathize with Einstein. For example, center right iDNES.cz chose the title "Albert Einstein detested the Chinese, his travel diaries showed", and only after several sentences, we learned that "we could call these views racist today".)

In reality, Einstein described something that every Westerner must be immediately struck by – maybe even today – when he meets the typical Chinese folks for the first time. They look spiritless, obtuse, disciplined, resemble automatons (even the kids), they don't even seem to try to look charming and attractive (that also applies to women), they look uniform or herd-like etc. He said he would have been unhappy if this is what a majority of the world population would end up looking like – which was rather likely in the 1920s because no one-child policies existed.

Many of his observations describe the poverty that existed (even) in the early 1920s over there – and some of his observations sort of admire the Chinese for their intense work within the insensitive machine. Note that the Qing dynasty was overthrown in 1911 and the Republic of China started in 1912. But those details from the Chinese history don't really matter.

As I was explained by some Chinese folks at Harvard, the worshiping of the paternalist state etc. isn't something that was started by Mao. China really has a 3,000-year-old tradition in these matters. Mao may have performed a cultural revolution but there are certain traits that remained constant and had to remain constant. That was true in other nations, too.

Czechoslovakia's main founder and first president Prof Masaryk has written some essays about Lenin's being or not being a typical Russian. On one hand, he brought some German or Jewish ideas and behaved as an intellectual. On the other hand, he was a typical Russian muzhik. I guess that Masaryk wouldn't have been attacked as a racist for his essays because there's an exception: Russians may be insulted by everybody and it's fashionable to do so.

(Some historians say that Masaryk has organized an assassination of Lenin in early 1918 and funded that of Mussolini in 1925, too. Concerning the former, Savinkov got RUB 200,000 from Masaryk, and gave the firearm to the assassin Fanny Kaplan who sadly didn't quite succeed. Masaryk needed to eliminate Lenin because there was a risk of a longer war followed by a peace between Germany and Allies that could save Austria-Hungary and turn TGM's work on the Czechoslovak independence into a waste of time.)


OK, every leftist is hugely offended by the xenophobic physicist's private travel diaries. Some of these leftists recommend Einstein and his followers to be transferred to a concentration camp. But as the Quartz described with some detailed quotes, there is a rather important group of people who aren't offended: the Chinese.


China was poor and lagging behind, sometimes there were famines, most of the people were illiterate… Babies died young so people had to have more children to ensure survival. It’s hard not to discriminate against a China like this.


That's what a user at Weibo wrote. Einstein wouldn't be considered as an example of racism, the writer argued. Siguan Xuantang agreed:


I don’t think these are racist comments or humiliating descriptions. It’s more like a description of facts. Just look at the economic status, education, and hygiene conditions, which most of the common people wouldn’t care that much about because they didn’t have the conditions… He described them as obtuse and blunt but he also said people were industrious.


Some Chinese pundits noticed that Einstein's description is similar to that written by Lu Xun, a famous Chinese writer:


Do we treat people’s criticism differently just because Lu Xun was Chinese while Einstein was a foreigner?


Maybe you don't – good for you – but be sure that politically correct neo-Marxists in the West surely do. They're hypocritical scumbags who have absolutely no idea what fairness or integrity mean. According to their rules, the privileged groups can do anything while the hated groups can do nothing.

What Einstein wrote has only proven two things: his good basic observational skills and his honesty. Nothing else. He has made similar comments about other nations. For example, he has lived in Prague twice. After 1910, he described the society of Prague as a hierarchical one – with German speakers on the top, the Jews in between, and the Czechs at the bottom.

Einstein just hated the similarity between the Chinese behavior and that of the robots. OK, maybe this criticism looks a bit hypocritical given the video above. ;-)

We the Czechs (if I neglect the Germanic share of my DNA) could also be offended, especially because one could assume that Czechs already had so much autonomy and successful enterprises that these differences were supposed to be invisible after 1910 – just a decade and something before Czechoslovakia was among the world's top ten wealthiest countries. But they were still visible. Einstein was simply an impartial observer who still thought that the (Slavic) Czechs looked like a lower-class citizens relatively to the Germans and the Jews.

What can you do with it if you don't like it? Einstein wasn't a complete idiot and he had no real motivation to seriously distort such facts that didn't really matter so much for him. So you should better listen to these testimonies as historical judgments from a particular perspective of a German Jewish guest who was hired by Germans in Prague when almost everyone else was assuming that Einstein was just a piece of šit.

Not so dear leftists, you should be primarily offended by your own hysteria and dishonesty, and then by the straightforward private observations by the most famous 20th century scientist.
Luboš Motl v 12:45 PM
Share