...and replaced with a privileged race...

RT (Russia Today) brought us the English version of a story (originally in Spanish) that describes the fate of the 629 African migrants in a rescue ship (Aquarius) that was rejected by the new, more sensible, Italian government (as well as the government of Malta). 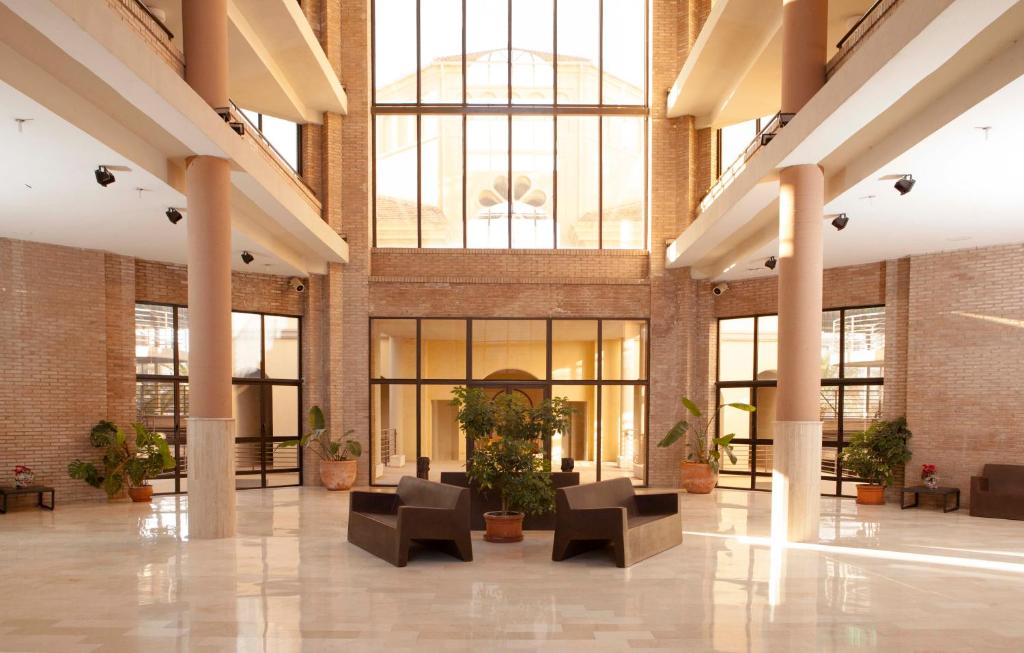 These young people were sent to Spain – which also has a new government, but a left-wing one, and therefore, unsurprisingly, (even) much more insane than the previous one when it comes to these matters. It turns out that Alicante, a city of 330,000 at the Southeastern Spanish beaches, didn't have any capacity to deal with the prospective immigrants and various groups that need to be separated – e.g. unaccompanied teenagers.

So what did the socialists do with the black teenagers (12-17 years old)?

They just told all students living at La Frorida, Alicante – a hostel – to evacuate their apartments within 24 hours due to the "emergency situation". (I think that this eviction must be illegal in Spain and the EU and they must be using some loopholes designed for the state of war or huge natural catastrophes to legally justify what they're doing.) So you have the students who are paying up to €750 a month for their pretty nice rooms, who are going through intense learning and/or summer courses, and who were expected to live there at least for two more weeks. They were evicted.


To discourage any students who might be tempted to stay, everyone was told that the migrants were also likely to enrich Alicante with numerous new diseases. That should help them to pack their belongings and leave immediately. (A migrant from an adjacent region, North Africa, just sexually attacked six children in the same city of Alicante. There are many reasons to move away from the city.)

I don't see the information on whether they will at least be returned the rent.


Just think what it means. You have loads of blacks from sub-Saharan Africa who aren't satisfied with the wealth they have at home – and they probably have some modest place to live in Africa. So they jump on a ship, are being helped by human smuggling rings, organized criminal organizations that shamelessly call themselves NGOs and often receive government subsidies instead of ropes to be hanged, and they just make it to Europe through one of the holes that exists at the moment.

(Incidentally, this algorithm of "looking for the holes" shows us what the defense of Czechoslovakia against Germany could have looked like in 1938. We had some very good fortification system at the mountainous border. A problem was that it wasn't complete. So the invaders would probably find some holes and because of them, things would proceeds as if no system existed.)

The Spanish government found out that it has a worse capability of giving housing to these Africans than what these Africans actually had in Africa. In other words, the government has no ability to help them under any civilized conditions. But it doesn't matter because these days, such governments may get away with uncivilized solutions. So firing students who are actually paying for their hostel is OK.

Fine. Assume it's acceptable to admit these people into Spain in the first place. With this assumption, the country has a shortage of housing for the people who were allowed to be there. Someone must be evicted and forced to look for a place to stay. The students were evicted, the migrants had a higher priority. What is the logic that justifies the choice? The most sensible logic is that the Spanish students are treated as an inferior race relatively to the new race whose incorporation into Spain was deemed a priority. This choice is quite a gesture. For example, the average student in the hostels could have the IQ around 115. The average migrant from the ship has 70.

You know, one of my points is that even if you accept that the migrants should be allowed to stay in Europe now, which they shouldn't, there were other solutions. For example, there's this Rio Safari park in Alicante which would look like home for the migrants and the weather is OK there now. Tigers could temporarily live in smaller homes along with lions to get some extra space with roofs, too. But kicking the European students from dormitories they have paid for is probably seen as something that sends a better message. It's more politically correct to show that the European citizens' property rights may be or even should be trampled upon – than to suggest that the Africans fit into an African ecosystem. These nice folks from the black continent surely have nothing to do with giraffes, tigers, or elephants. They're automatically equivalent to the Spanish college students. I am sorry but they're more familiar with the environment with giraffes, tigers, or elephants than with university dormitories.

I am imagining what the evacuation would look like when I was living in the dormitories. In 1992, I moved to the hostels in Prague. It was three years after the fall of communism and at the beginning, we only paid some $20-$30 a month (which was more money than today, of course). Some people would have a hard time to get the belongings from the place in 24 hours. Others would be out of the city for a while. There would be quite a mess. At Rutgers dorms, I paid $400 a month but the situation could have been similar.

It's fun to look at the photographs of the La Florida hostel. The hall is truly impressive – like one in a luxurious hotel, I think. Some other photographs are slightly more ordinary but the place is clean and fine. Tourists gave it a 7.8 of 10 rating at booking.com. Prices probably started below $100 for tourists but the place is "full" according to booking.com now.

If the officials get away with these things, it's almost unavoidable that such events will be repeated – and will probably be getting more frequent. The migrants can they whatever they want. There are 1.2 billion people in Africa and the number is growing quickly. The newcomers will feel increasingly self-confident because there already are precedents. They may rather reasonably argue that because some of their countrymates could have been served a nice housing and other things by Spain, they deserve the same. Unless the situation is being solved and at least the safety of Europe as a whole is regained – and what we need is to either to install sensible governments in all EU countries, or restore the borders inside the EU, to protect at least the countries that choose sensible governments – there will be thousands or millions of new exotic immigrants who smuggled to Europe.

European countries will lack the housing and the governments that choose these suicidal policies will have to evict increasingly shocking groups of people from the places where they live. Students were picked as the first ones because most Spaniards are ordinary and hate these nerds, anyway. But if you don't protest or fight when students are evicted, you will also be evicted after some time. This is really an effort to change the character of the European continent. The human smuggling rings (NGOs) and politicians who are responsible for such treacherous acts must be caught and arrested.

What's paradoxical is that the treatment of the individuals may be worse in Spain than it is in the African countries where the migrants were born. I think that these African governments aren't expelling students from hostels if they pay the rent. But in countries like Spain, this outrageous behavior of the government is "OK" because the government is allied with the media that constantly emit lies about "refugees" who need help etc. In this way, the Spanish population is being emotionally manipulated and calmed down – like the Jews who were told that they were going to have a shower.

I am sorry but the Africans aren't refugees. They're greedy economic migrants and criminals. It's the students who were evicted from their places to live who are the refugees terrorized by the government of their country. They have all the rights to demand the e.g. bureaucrats to be expelled from assorted ministries and Spanish presidential palaces and move there.

A silver lining is that a substantial part of the students who were evicted are "liberals" who always look for safe spaces. You have to look for a safe space elsewhere – the dorm is no longer safe for you. I hope that at least some of them will learn a lesson.
Luboš Motl v 5:12 AM
Share