After some time, I was shocked by the atmosphere around the U.S. media landscape and the selective and brutal suppression of the freedom of speech.

Well, it's not just in the U.S. Let me start with another example. Canadian right-wing pundits Lauren Southern and Stefan Molyneux went all the way to New Zealand to give a speech about the free speech. The owner of the place described himself as a great free speech advocate. The venue was revealed hours before the talk, for security reasons, and immediately afterwards, the organizer said that free speech was lethally dangerous and he wouldn't allow any Canadians in his place. He or she was clearly threatened – economically or by explosives. You can no longer give speeches about the free speech in New Zealand. The extreme left-wing terrorist movement is sufficiently organized to kill almost all such events in practice. The degree to which these societies are already fudged up looks stunning to me. 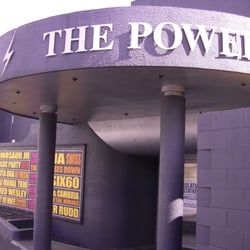 The Powerstation in NZ which suddenly decided it hated free speech.

But let's return to the U.S. The New York Times hired an Asian American writer Sarah Jeong as a tech-related member of the editorial board. I have seen no evidence that she has the skills of a professional writer but she has associated herself with the feminists in the Gamergate controversy and The New York Times probably wanted to please millions of left-wing activists by hiring an incompetent inkspiller who is otherwise on the "right" (meaning far left) side.


Now, despite his being a registered Republican/RINO, Andrew Sullivan is no canonical conservative. In particular, he is famous for a 1989 defense of gay "marriage". And he has "married" another man in 2007. During the Bush years, he criticized almost everything that the GOP was doing. For years, he's been one of the beacons of the moderate, canonically mainstream writing in the U.S. media. And you would expect that the SJWs may place his important defense of gay "marriage", and his own being a gay, above some other things.

But you would be wrong. Being gay and fudging other men may be cool but what's still even cooler for the SJWs is to hate the white men and dream about their elimination from the surface of Earth.


Inspired by her new job, Andrew Sullivan wrote a totally sensible essay about the double standards that exist when it comes to the accusations of "racism" in the U.S. His essay in the New York Magazine was titled


When Racism Is Fit to Print


White men are bullšit.
Dumbass fucking white people marking up the internet with their opinions like dogs pissing on fire hydrants.
White people have stopped breeding. you’ll all go extinct soon. that was my plan all along. #cancelwhitepeople
Basically i’m just imagining waking up white every morning with a terrible existential dread that i have no culture. [Surely Shakespeare and Mozart were N-words, note added by LM.]


and so on, and so on. In fact, Jeong has written literally hundreds of similar hateful tweets. You may try just this extended search query on Twitter that finds her 2014 tweets with certain favorite slurs of hers. The amount of this stuff is just huge.

Sullivan agrees with us that it's obvious that these tweets are the full-blown standard racism similar to many other cases – anti-Semitism of Germans in the 1930s, for example. And her tweets were far worse than similar critical statements about non-white races that many whites have been quickly fired for. But nothing like that has ever happened to Jeong. She's been producing this hateful anti-white stuff, hundreds of pieces, and she must have been nervous that nothing was ever happening to her. No one was firing her – and even Sullivan doesn't want her fired.

In his text, Sullivan explains that the radical SJWs think that "racism against the whites" is an oxymoron. Well, they sometimes explicitly say so. "What the SJWs say is basically the following: White people are so hopeless trash that everything bad that happens to them is more than well-deserved, and insufficient, and that's why no claim of racism against whites is defensible." Great. But even the mere pronunciation of this "justification" is a proof that the speaker is an actual, unhinged racist. You may call him or her a reverse racist as well – if you want to point out that racism used to be (unjustifiably) associated with the whites.

But what Jeong and others are saying about the whites is clearly totally analogous if not isomorphic to statements in "other racial directions" that are generally considered racist. (Compare her unhinged tweets to the careful but straight evaluations of the passive Chinese by the tourist Albert Einstein, for example, and then compare the reactions.) So if there's any justice, of course her statements must be considered racist, too.

In fact, Sullivan also understands that this hatred of the whites isn't always powered by some biological instincts. After all, most people who defend this extreme anti-white bigotry are whites themselves. Why do these people fight against the whites? Because they're extreme leftists who fight against everyone, everything, and every group that has been labeled "powerful" or "successful", and "therefore" belonging to the groups of "oppressors". (I placed "therefore" inside quotes because the implication is logically nonsensical – only fudged up left-wing brains may use this kind of "logic".) The whites have been successful, built a clear majority of the modern civilization in the world, so they must be liquidated. This is why the SJWs hate the whites even if they are white themselves. (Yes, the percentage of Jews among the anti-Semites and especially anti-Zionists is also huge and the extreme left-wing ideology is the main driving force of that, too.)

OK, Jeong is just a psychologically troubled hateful troll (and the New York Times finds it helpful to hire some of this worthless stuff in order to strengthen its relationship with the left-wing "base"). But what's just stunning is the SJWs' reaction to Sullivan's essay. A huge mob of aggressive aßholes has been attacking him through the social networks and various šitty left-wing websites (ThinkProgress, HuffPost, Mother Jones, and tons of similar garbage). And many of them call for Sullivan to be fired. Imagine that. He writes a totally decent, thoughtful essay with no attacks – in fact, as I said, he didn't even want Jeong to be fired. But just purely for speaking the inconvenient truth, the leftists want to destroy him – despite his being an icon in the defense of gay "marriage" (their cause) for decades.

Needless to say, some of the defense of Jeong says that her tweets were a satire, or a response to some tweets and acts going in the opposite direction. Well, most of the claims that her tweets are jokes are indefensible – simply because a repeated joke ceases to be a joke, especially if you repeat it hundreds of times, and even people who aren't too bright – including Jeong – probably can figure out that the added value of the 200th tweet of this form is small. She writes this stuff because she can't help herself.

Also, even if her tweets were a reaction to something, great. The Holocaust was also (partly) a reaction to something. Some of the complaints against the Jews, their wealth, and power were (mostly) true. But none of these things justified the racially driven pogroms. The German Jews were rather wealthy in the early 1930s – and so are whites – but most of this edge is a fair result of a mostly meritocratic system.

I am afraid that the leftists are becoming so numerous, hurtful, and dangerous – and complicate even basic and vital activities such as the publishing of Sullivan's essay and the decency of his life afterwards – that we will simply have to think about phasing out the overreproduced leftists. Their number in the Western civilizations must be dramatically reduced. We must find the optimal and decent enough way to do so, and perform it, otherwise our civilization will be screwed. Note that I am proposing the reduction of the people for their particular terribly damaging or criminal behavior, not for their race or something that they couldn't affect.
Luboš Motl v 8:58 AM
Share