Dieter Lüst and two co-authors from Monkberg (Munich) managed to post the first hep-th paper today at 19:00:02 (a two-second lag is longer than usual, the timing contest wasn't too competitive):


A Spin-2 Conjecture on the Swampland

In particular, they claim that whenever there are particles whose spin is two or higher, they have to be massive and there has to be a whole tower of massive states. More precisely, if there is mass \(m\) spin-two particle in quantum gravity which is self-interacting, the strength of the interaction may be parameterized by a new mass scale \(M_W\) and the effective field theory has to break down at the mass scale \(\Lambda\) where\[

\] You see that the Planck scale enters. The breakdown scale \(\Lambda\) of the effective theory is basically the lowest mass of the next-to-lightest state in the predicted massive tower.

So if the self-interaction of the massive field is \(M_W\approx M_{\rm Planck}\), then we get \(\Lambda\approx m\) and all the lighter states in the tower are parameterically "comparably light" to the lightest spin-two boson. However, you can try to make the self-interaction stronger, by making \(M_W\) smaller than the Planck scale, and then the tower may become more massive than the lightest representative. 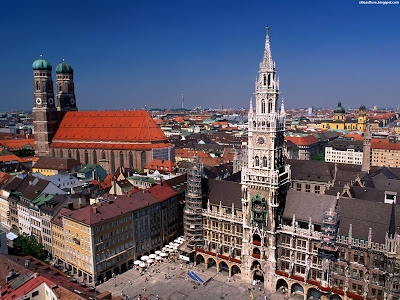 I think that these conjectures – and evidence and partial proofs backing them – represent a clear progress of our knowledge beyond effective field theory. You know, in quantum field theory, we have theorems such as the Weinberg-Witten theorem. This particular one says that higher-spin particles can't be composite and similar things. That's only true in full-blown quantum field theories. But quantum gravity isn't strictly a quantum field theory (in the bulk). When you add gravity, things get generalized in a certain way. And things that were possible or impossible without gravity may become impossible or possible with quantum gravity.

Some "impossible scenarios" from QFTs may be suddenly allowed – but one pays with the need to allow an infinite tower of states and similar things. Note that if you look at\[

\] and send \(M_{\rm Planck}\to \infty\) i.e. if you turn the gravity off, the Bavarian conjecture says that \(\Lambda\to\infty\), too. So it becomes vacuous because it says that the effective theory "must break" at energy scales higher than infinity. Needless to say, the same positive power of the Planck mass appears in the original Weak Gravity Conjecture, too. That conjecture also becomes vacuous if you turn the gravity off.

When quantum gravity is turned on, there are new interactions, new states (surely the black hole microstates), and new mandatory interactions of these states. These new states and duties guarantee that theories where you would only add some fields or particles "insensitively" would be inconsistent. People are increasingly understanding what is the "new stuff" that simply has to happen in quantum gravity. And this new mandatory stuff may be understood either by some general consistency-based considerations assuming quantum gravity; or by looking at much more specific situations in the stringy vacua. Like in most of the good Swampland papers, Lüst et al. try to do both.

So far these two lines of reasoning are consistent with one another. They are increasingly compatible and increasingly equivalent – after all, string theory seems to be the only consistent theory of quantum gravity although we don't have any "totally canonical and complete" proof of this uniqueness (yet). The Swampland conjectures may be interpreted as another major direction of research that makes this point – that string theory is the only game in town – increasingly certain.
Luboš Motl v 12:20 PM
Share