One quadrillion standard models in F-theory

I want to pick two papers on the arXiv today. In


Signatures of supersymmetry and a \(L_\mu−L_\tau\) gauge boson at Belle-II,


Banerjee and Roy from the Indian Association for the Cultivation of Science (I couldn't resist to write this cute name of an institution) point out that Belle-II, a Japanese B-factory experiment that began to take limited data one year ago and is already taking all the data since early 2019, may observe a smoking gun for a class of supersymmetric theories that recently looked very intriguing to many physicists, for lots of reasons. 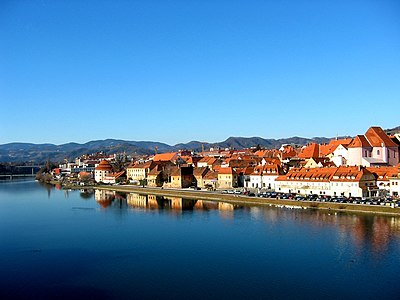 It's models with the extra \(L_\mu-L_\tau\) gauge symmetry which may be good enough to explain the masses of generations of leptons, dark matter, baryon asymmetry, and the discrepancy in the muon magnetic moment. Belle-II could see the reaction\[

\] where \(Z'\) is the new gauge boson and the reaction is possible due to its kinetic mixing with the photon. Looking at some nearly highest energy boxes, Belle-II could discover the \(Z'\) boson even if it were too heavy to be accessible by the LHC. This is an example of a cheaper experiment that could beat the "brute force energy frontier" collider such as the LHC or FCC – but the price you pay is that such reactions are very special and you must hope that a rather particular scenario is picked by Mother Nature, otherwise you see nothing.


A Quadrillion Standard Models from F-theory


Mirjam Cvetič along with Helverson, Lin, Liu, and Tian discover a simple recipe to construct about one quadrillion F-theory (a formally 12-dimensional, deeply geometric description of type IIB string theory) compactifications that automatically produce the three-generation Standard Models with the right spectrum.

It seems that they in order not to be beaten by savages on the street, a category that recently welcomed Sheldon Lee Glashow again who's been hibernating as a string theory hater for over 20 years, Cvetič and collaborators say "exact chiral spectrum of the Standard Model" when they actually mean the "exact chiral spectrum of the Minimal Supersymmetric Standard Model". Well, I trust my fists so I still think it's right to brag about the supersymmetric adjective. And yes, they find a way to construct one quadrillion F-theory models, a natural class that automatically produces the right spectrum of the MSSM at low energies.

Recall that in the 1980s, people found 5 originally separated superstring theories in 10 spacetime dimensions. Type I, IIA, IIB, heterotic \(E_8\times E_8\), and heterotic \(SO(32)\). In the mid 1990s, it was realized that all of them are connected with each other and their limits with a strong string coupling constant, previously considered to be a mysterious empire full of dragons, got fully understood.

In particular, type I and \(SO(32)\) heterotic strings were found to be S-dual to each other. The strong coupling dual of one produces the weak coupling limit of the other. On the other hand, type IIA string theory and \(E_8\times E_8\) heterotic strings produce something new in the strong coupling limit – an eleven-dimensional theory. In the two cases, the new 11th dimension looks like a circle or a line interval with two domain walls carrying the \(E_8\), respectively.

The strong coupling limit of type IIB string theory, the last, fifth one, turned out to be the same type IIB string theory. In fact, this type IIB string theory may be visualized as a 12-dimensional theory, F-theory, with two tiny dimensions compactified on the torus \(T^2\). The shape (ratio of sides and the tilting angle) is called the complex structure \(\tau\) and values of \(\tau\) related by the \(SL(2,\ZZ)\) group are geometrically equivalent. In particular, the exchange of the "two sides" of the two-torus or the \(\tau\to-1/\tau\) operation is responsible for the self-S-duality, the equivalence between the weak and strong limits from the beginning of this paragraph. Because \(\tau\) is a complex scalar field in type IIB string theory (the dilaton plus the RR-axion), the shape of the two-torus may be a variable function of the 10 spacetime dimensions.

OK, the full 8-dimensional space – the fibration – has to be a Calabi-Yau manifold (a four-fold where four counts the complex dimensions which is appropriate because all the geometers doing this stuff are truly complex ones). Fine. Sometimes the 8-dimensional topologies produce the MSSM spectrum. So far some "large families" with this intriguing property were found whose number of elements was below one million or so.

Cvetič et al. increase this record by a factor of billions. They suddenly construct a quadrillion MSSMs. And I really mean three-generation models with the gauge group \([SU(3)\times SU(2)\times U(1)] / \ZZ_6\). And yes, this F-theory research is quite a precise and rigorous branch of physics close to mathematics which is why the folks generally don't overlook the \(\ZZ_6\) quotient. Things must work and do work really precisely here. If the likes of Sheldon Glashow got one million dollar for a single Standard Model, the laws of proportionality imply that Cvetič et al. deserve sextillions of dollars. What are their F-theory geometries? They basically say that all fibrations are good enough and only the base has to obey some condition.

The three-fold base \(B_3\) must have a non-rigid anti-canonical irreducible divisor(s) obeying the equation 16, a D3-brane-tadpole cancellation of a sort\[

\] It's not even a too constraining equation. It just says that some number must be a non-negative integer. With this single condition, you get the exact spectrum of the MSSM. Isn't it amazing? A subset of these bases are "weak Fano toric threefolds" – please don't assume that I am as familiar with those as e.g. with "beer" – and those are encoded by 3D reflexive polytopes \(\Delta\). 4319 good enough polytopes are known for this construction.

Great. Isn't it amazing? The spectrum of the Standard Model or MSSM looks rather ugly, artificial, and we normally describe it by many isolated sentences or many conditions. Cvetič et al. may derive them more or less from a single condition constraining an 8-dimensional geometry. I think it's obvious that it may be rather important – and it could be called progress.

The crackpot movement recently attacked Ptolemy, his friends (including Nima Arkani-Hamed), and the epicycles again. I think that only the brainwashed laymen describe "epicycles" as something that should be hated. Epicycles were an old version of the "Fourier analysis" that described astronomy in the precise, state-of-the-art way from ancient Greece to the era of Kepler. They worked great and in some sense, they were "right" because they only claimed to produce a good enough description, not an "explanation" why the planetary orbits are what they are.

One might argue that because there's something "more instinctive" about the epicycles relatively to the ellipses constrained by Kepler's laws, the epicycles and epicycles on epicycles were an unavoidable chapter in the history of science. All people who have drew patterns with the Inspiro/Spirograph as kids (I did) must understand where I am coming from. So yes, I think that people who just mock them are brainwashed morons who don't get it.

Nevertheless, Kepler's description with ellipses was progress because it made a real explanation "why those orbits are what they are", an explanation given by Newton's laws, more accessible.

Both statements are wrong and they are just totally indefensible insults that don't work at all. In fact, the more sensible analogy would be the exactly opposite one. Epicycles are analogous to quantum field theories with manually added (fields and) operators into the Lagrangian. On the other hand, epicycles were replaced with... Kepler's ellipses. And indeed, the elaborate packages of the Standard Model's operators may also be replaced with... elliptically fibered 8-dimensional manifolds.

Even the word "ellipses" appear in both cases. (In the complex geometry jargon, two-tori are called elliptic curves because the elliptic functions appear there, and those had previously appeared in some analyses of ellipses.) Ellipses normally represent progress because they elevate us from some man-made ad hoc description that just happens to be precise enough to a deeper, more geometrically natural, understanding of what's going on – to a deeper construction that has fewer independently moving parts, so to say. The transition from Ptolemy to Kepler seems exactly analogous to the transition from the effective quantum field theories to the geometric structures in F-theory or string theory in general! That's why the intelligent people work hard to think in terms of string theory – and why people saying bad things about string theory are just stupid scum.