We have some great news coming from Australia. Just like Trump and Brexit-Leave were predicted to lose by the pollsters, the center-right coalition led by the current prime minister Scott Morrisson was predicted to comfortably lose the Australian federal election today. The pollsters were wrong in the Trump case, in the Brexit case, and they were wrong about Australia, too.

The winner, Mr Morrison, has already thanked "miracles he has always believed in" and the "quiet Australians" for the victory; the loser, Mr Shorten whose electorate was shortened relatively to the predictions, has already admitted defeat.

What's wonderful is that the Labour Party has defined the election as the second – after Finland – election that should be all about the climate hysteria. Look at the pre-election title Climate change to be decisive issue in Australian election chosen by the AFP and Al Jazeera. And the hysteria has lost!

Most people just dislike – or at least refuse to share – the climate hysteria. There is no reason for any worry related to the global climate, let alone for hysteria. The far left would-be elites are living in a social bubble that prevents them from seeing this simple point – and many other points. Most people don't take you and your pathetic propaganda seriously, comrades, and millions of people viscerally hate you. The nastier and more dishonest things you do, the more people will hate you. Sadly, you've been getting increasingly nasty and dishonest in recent years – and an increasing number of people was increasingly hating you.

The pollsters' failure starts to be a rule. They always predict that the leftist portion of the voters prevails – and the reality often refuses to comply with these predictions. There may be two basic explanations for this repeated anomaly. One of them is that the pollsters are deliberately trying to improve the predictions, in order to encourage the voters to join the stronger party. So the surveys may be manipulated by ideologically driven manipulators.

There is also a more innocent explanation which still proves that the leftists are doing some immoral things: People may be afraid of unmasking their opposition to the left-wing policies and politicians because the "overt" opponents of the creeping left-wing totalitarianism are being harassed in many societies – comparably to German Jews around 1935. At any rate, the ballots are so far secret so the truth often prevails.

The Australian leftists have gone fanatical on the climate issue – they were talking about "emergency" etc. They're not the only ones. Many other extreme leftists are becoming even more fanatical these days. 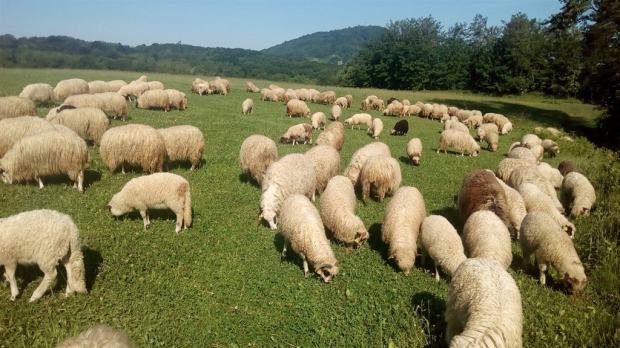 The Grauniad, the British left-wing daily, has also complied with recommendations by the Swedish psychologically unstable girl who is skipping classes and their new official policy strongly discourages "climate change".

No, they don't want the journalists to call it "climate hysteria" or "climate panic", terms used by all the sane people in the world. Instead, they want the journalists to talk about the "climate emergency, crisis, or breakdown". (Just a few years ago, some folks promoted "climate disruption" – that phrase didn't catch on.) "Global warming" should be renamed to "global heating" (Czech journalists were really puzzled about this particular arbitrary change, especially because Czech alarmists haven't invented a new translation that wouldn't sound silly). And of course, aside from some random changes of the terminology for "fish stocks", "biodiversity", and "wildlife", they also replace "climate skeptics" by the already standard phrases "climate deniers" or "climate science deniers".

It's really the climate alarmists who are denying the climate science but we have already gotten used to these insults and I am surely not the only one who is proud when he is described as a well-known "climate denier". The two words really means an "expert in the climate change issues".

The Grauniad generously says that the journalists aren't quite forbidden from using the old phrases such as "climate change" but they need to think twice and they will be frowned upon.

It's incredible that they're apparently incapable of realizing how clownish and obnoxious they look to everybody – even though not everybody has the courage to openly admit it. Do you remember how the climate fearmongers were "updating" the term "global warming" to "climate change"? The globe didn't really consistently warm so they had to use something ill-defined and "climate change" became the politically correct name of the hysterical pseudo-religious and pseudo-scientific movement of the extreme leftists.

Now, just a few years later, after the temperature of the globe has changed by some undetectable 0.05 °C, The Grauniad is telling their faithful that "climate change" is already pretty much politically incorrect as well – because it isn't sufficiently hysterical. Can't they see that the more often they change their linguistic restrictions and recommendations, and the more frequently they update their insults of the people who actually understand the basic dynamics of the climate, the less credible all their propaganda looks?

It seems impossible for me to have empathy for the people who are willing to openly associate themselves with this ludicrous pseudo-intellectual garbage – to publicly market themselves as brain-dead and unhinged sheep who are updating their own ludicrous politically correct vocabulary and lists of taboo words according to some centralized ideological-inkspillers-in-chief every few years in order to look even more pathetic than ever before.

Why don't you just give it up, leftist comrades? People are leaving manipulative newspapers like the Grauniad which are dying. Instead, they listen to the more credible people – and teenagers like Soph who will once decide which of you will get a life in prison.
Luboš Motl v 6:19 PM
Share