Both men are very good speakers and in this case, especially because he has avoided words like "many worlds" (he preferred "agnostic"), "Donald", and others, I could have subscribed to nearly 100% of Susskind's statements. 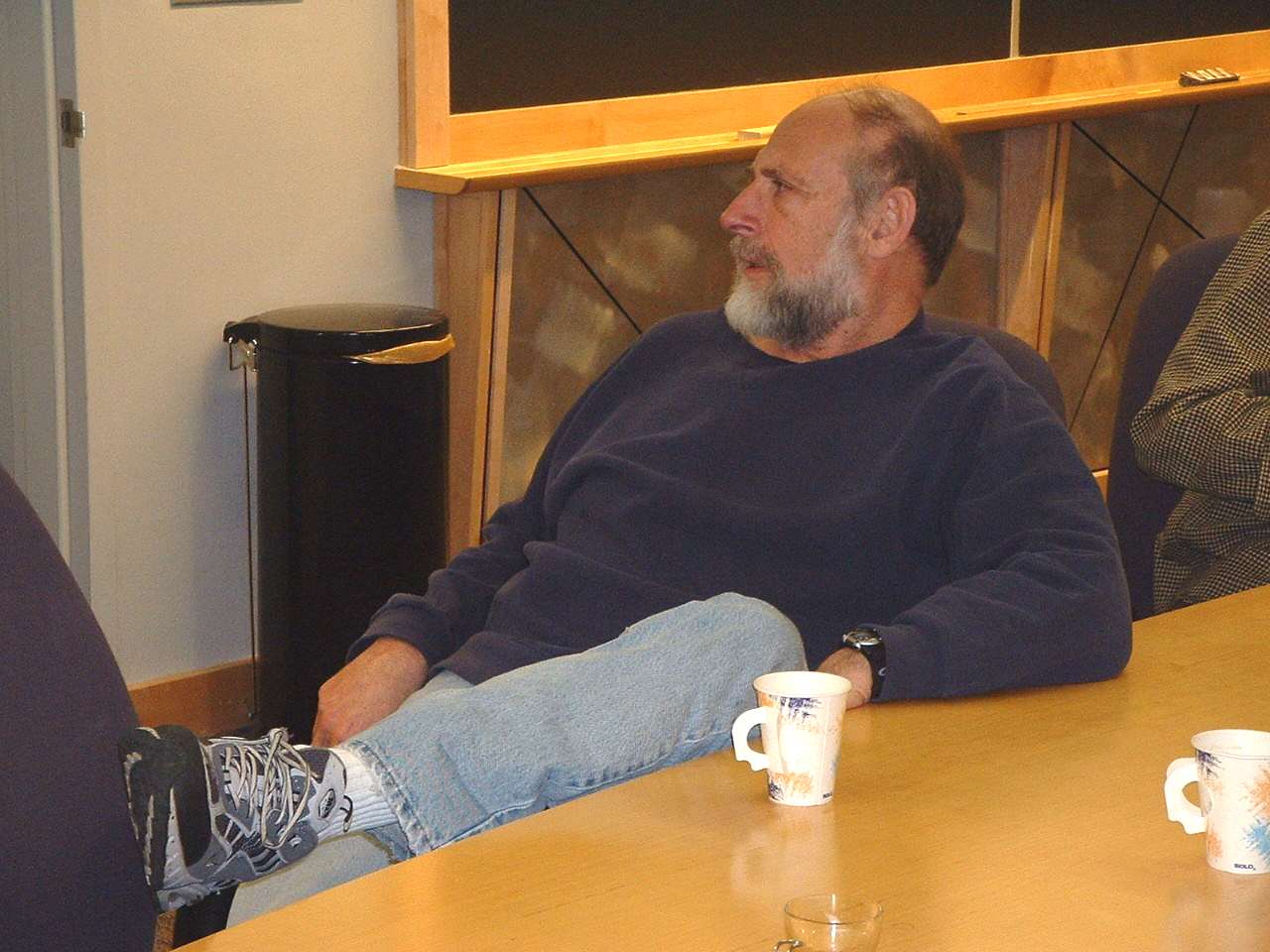 Susskind was introduced as a visionary, storyteller, mentor, a co-father of string theory who has done a lot in QFT, a popularizer etc. He prefers to call himself "a theoretical physicist" rather than a "string theorist" because it gives him more freedom to jump around, to be researching anything he wants, and to be bullšiting about anything he wants (the B-verb actually is Susskind's favorite word, but you can't know it if you don't know him in person and if you're not a TRF reader).

Concerning the value of string theory, Susskind primarily said that it has given us extremely accurate models which contain quantum mechanics, gravity, electromagnetism, particles, bosons, fermions etc. – so we know for sure that these properties of the Universe are compatible with each other, which hadn't been clear at the beginning, and it's a big deal even if we're not sure it's the theory of the real Universe around us.

Susskind is also asked to sketch the information loss paradox. The information is preserved, quantum mechanics won. Carroll asked Susskind about his love for an alternative picture – the time becomes a rope that chokes itself inside the black hole, which causes an abortion and the aborted baby universe makes everything fine or something like that – and Susskind said No. But this is a great alternative theory by philosopher Tim Maudlin, don't you know this genius? Good for Lenny, he doesn't know Maudlin. You would know dozens of such wannabe physics revolutionaries if you spent more time with the Internet, Lenny!

The black hole evaporates at the end so every "natural" time slicing "after" the evaporation agrees that nothing is left from the black hole whatsoever, except for ordinary particles from the Hawking radiation. The baby time inside the black hole... it's just some random talk that could have been widespread in the 1970s but there is absolutely no mathematical backing for these philosophical words. Science went elsewhere, Carroll's apparent defense of Maudlin's nonsensical story notwithstanding.

Susskind discussed the no-cloning theorem in quantum mechanics: quantum information cannot be duplicated. He had thought he discovered the no-xerox theorem but it turned out that he only discovered the new corporate branding term for the previously known no-cloning theorem. The duplication is a problem, conflicts with linearity of QM (duplication is a quadratic map, I add), and there was a discussion whether the duplication "as such" has to be banned or whether any detection of duplication has to be banned.

In this discussion, like in most others, Susskind was the wiser one and pointed out that it's the latter. A potential paradox may make you nervous but it only becomes a real paradox if it can actually be measured. Needless to say, Carroll – the "realist" who still thinks that classical physics is right (not that Susskind may always be said to avoid this basic mistake, but he does avoid the anti-quantum zeal in his positive stories here) – disliked all these comments. Carroll also made some totally wrong statements about Heisenberg's uncertainty principle such as "neither the position nor the momentum of a particle exist, only the wave function does". No, it's the other way around. Physically, only observables – such as the position and momentum – really exist because they're "observable", that's why they are called in this way, while the wave function is not an observable, and it is not observable without "an", either.

OK, Lenny's careful formulation is that any attempt to observe both \(x,p\) – and similarly any attempt to observe the duplication – will always get frustrated. Exactly. If you can measure what's inside, you can't measure what's outside, and vice versa. Well, it's not just analogous to the uncertainty principle for \(x,p\), it's really a special case. The relevant operators inside and outside refuse to exactly commute, as locality would predict.

For example, if you collect enough information from the Hawking radiation, and you want to fall into the black hole and see the same information inside once again, you will fail because the "collection" requires a certain time and a hard calculation shows that that somewhat surprisingly, after that time, the original matter is already destroyed at the singularity. So the physical dynamics doesn't necessarily avoid the paradox immediately, by some urgent immediate huge prevention policies, but the physical dynamics always prevents the paradox, sometimes "barely" or "at the last moment". This is enough and quantum gravity or string theory love to save the consistency "at the last moment".

This time, thankfully, Susskind calls himself an agnostic on interpretations of quantum mechanics – "uncertain whether there is a problem", a phrase he copied from his friend Feynman. QM will always work. But he can't get rid of some confusion about the relationships of QM and reality. Quantum gravity/cosmology will probably affect the foundations, he thinks. Possible, indeed. It won't happen in Susskind's lifetime, he thinks. Carroll promoted some "work" of his on the anti-quantum zeal, Susskind politely avoided commenting on that even though some of Susskind's papers could be claimed to be in nearly the same category.

Why would someone think something as crazy as the holographic principle (independently found by Susskind and 't Hooft), Susskind is asked? There are entropy bounds. Volume and information are proportional for a while but if you put too many memory chips in a volume, they collapse in a black hole that is larger than the originally reserved volume. Some insights from the 1970s are recalled. Another level above the entropy bounds is a hypothetical theory that lives on the boundary. 't Hooft's paper looked worth ignoring to most physicists because he had used the term "dimensional reduction" incorrectly, Susskind recalls. Susskind chose a better word in the title, "hologram", and physicists started to understand stuff. Witten liked the principle but Juan Maldacena finally turned holography into an almost clearcut rigorous construction and a tool. Susskind claims that Maldacena had not known Susskind's and 't Hooft's papers on holography. Note that for Maldacena, AdS/CFT was a ramification of his work on the Strominger-Vafa-like black hole entropy in string theory. The acronym AdS/CFT is expanded with some history about de Sitter, that Susskind clearly doesn't know too well, and neither do I. AdS has negative energy density. Witten, familiar with Susskind's and Maldacena's papers, introduced the term "holography" to AdS/CFT (along with a whole machinery to compute the correlation functions but Carroll and Susskind skip such details LOL).

Susskind admitted we still don't have an idea how to build a holographic theory for a generic "finite region". I find it plausible that no such nice theory exists. In particular, I think one can almost prove that such a theory on a generic finite surface couldn't be local. In AdS/CFT, the boundary CFTs are local because of the infinite warp factor – it seems like a necessary condition for the locality.

"What do we learn from the weird construction?" Carroll asks. He may play a Devil's advocate but it looks he is serious. "What do we ever learn?" Susskind replies. Susskind then clarifies that theories aren't always obtained by quantizing a classical starting point, and this "quantization of classical" is dysfunctional for gravity. Maybe the difficulty is because gravity and QM are worlds apart. Susskind thinks that the resolution is the opposite one: gravity and QM are too close and the problems in "quantizing GR" come from the efforts to separate these almost identical things. Susskind described a nice experiment showing the inseparability of gravity – it could be done as a quantum computer simulation. He talked about general simulations of superconductors at quantum computers and other things. And about quantum error correction, something that wasn't needed in classical computers due to the resiliency of classical bits. Cutely, black hole research has led to advances in the real practical error correction industry. His only example is ER-EPR.

Now, Carroll repeated some weird doubts about holography. How much is holography relevant for the tables around just "crossing our fingers"? I think it's hard to answer such vague questions whose only comprehensible content is hostility. Susskind didn't lose his nerves, as I could have ;-), and repeated the basic point. We have found a theory that has QM, GR, particles, all the basic qualitative things, and within its AdS spacetimes, the AdS/CFT is true. Does it prove that holography is always true, especially in the real world? Strictly speaking no. But it excludes the assumption that one could have – and Carroll probably has it – that holography is ludicrous or impossible. There's no question that holography may happen now, especially in AdS spaces. In dS spaces, we're less confident.

The interview was recorded in the Google X buildings because they have been consultants. Susskind discusses how he learned some complexity theory in the computer science sense – the absolute possible minimum number of steps from A to B. Susskind celebrates the genuine collaboration between computation guys and theoretical physicists. Good ideas often penetrate to many directions and that's how you know that there's something strong about them. Examples involving condensed matter physics, fluids, and black holes follow. The SYK model was invented by Sachdev, a Harvard CM physicist. Great but Subir is also a de facto string theorist now so this example of multiculturalism isn't "too" multicultural. OK, at any rate, SYK stands for a condensed matter physicist, an information physicist... and it's used in the black hole research. 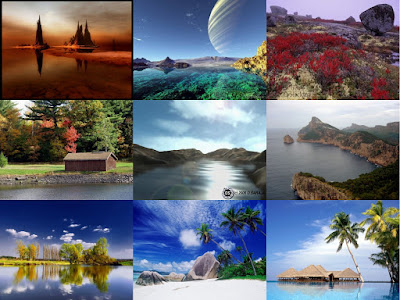 Ten minutes before the end, Susskind says that the multiverse (a package of many patches, like jungle, savana etc.) is still the best picture for the biggest questions and for fine-tuning in cosmology. He always asks for better things and the answers come out empty. It may turn out to be wrong but Susskind doesn't see how. Also, we know that the Universe is bigger than the visible portion – just like we know it for the Earth. Both are very flat. CNN may write about the Stanford professor who believes in a very "Flat Earth". ;-)

Susskind doesn't want to predict the next revolution in physics but thinks that strings, qubits etc. will have to address the cosmological questions. The proper relationship is unknown.

Carroll asks why Susskind did the popularization, like the popular books. It was done for Susskind's father who was a plumber with a simple education – but with other plumbers in Bronx, these rough men were intellectuals. They talked about everything, history, science – a nice mixture of intellectualism and crackpotism. And Susskind obviously believes that the crackpotism was due to no access to science literature. Susskind believes that he has taught some science to his father. Well, I don't believe these things much. People's crackpotism is not primarily due to the bad access to scientific research. OK, some people in Palo Alto were already annoyed by Susskind's SciAm-level talk, and wanted real physics with equations, so he did some. That's where the Theoretical Minimum came from.

Right, it's important to explain science at a decent level. But I think that there's something more fundamental that decides about people's scientific approach than some detailed equations. It's some understanding why and when the equations should be taken seriously at all. I think that most people who are exposed to equations don't connect them with the reality because they misunderstanding something more conceptual about how science works – so they end up lost in mathematics. Some hardwired irrational disbelief that "equations may not or should not really be decisive" is the main stumbling block that keeps otherwise capable people's thinking about the physical world unscientific.
Luboš Motl v 6:52 AM
Share